An Overdue Conversation on Church Vs. Religion 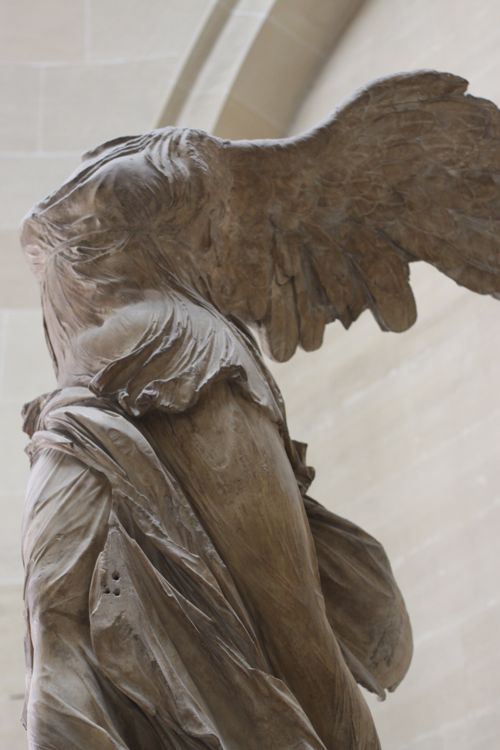 A couple of months ago, a long-time reader named Cynthia asked a question in the comments of a Friday blog post: What would it take for you to leave the Mormon church?

I found myself surprised by the question. I interpreted it as very heavy and personal and wasn’t sure what to make of it being posed so casually. I tried to give a thoughtful, brief response, but she was not happy with what I wrote and commented angrily. I was upset by the angry response, and took it down before people started fighting with her. I emailed her explaining why, then I got on a plane.

When I got off the plane, the conversation had continued without me and the new comments (several were very wise!) gave me a different perspective. I realized that Cynthia and I had been talking past each other. Her question wasn’t intended to be personal or intrusive, and my response to her wasn’t intended to provoke anger. I concluded we were talking about two different things.

I didn’t feel good about how that comment exchange went down, and ever since, I’ve been thinking about the different ways people approach church and religion. I’d love to discuss the topic with you.

This is where my thinking is right now:

– When I think of Major World Religions with a capital R, I’m thinking of Judaism, Islam, Hinduism, Buddhism, and Christianity. But I don’t think of those Religions as a monolith. I realize each one is made up of sub-set religions, sects, and churches. In this discussion, I’m focusing on Christianity.

– Those sub-set religions can be wildly different from one another, with a few common threads keeping them under the same Major World Religion umbrella. For example, you might have a very progressive church (both politically and socially), and a very conservative church (both politically and socially) that both classify as part of Christianity, but don’t have anything in common except a belief in Jesus Christ.

– Beyond doctrine, among the subset religions within Christianity, there’s quite a bit of variety in how they function. There are massive organizations (like the Catholic Church), and there are completely independent groups (like a congregation of 15 that meets in the living room of a self-proclaimed pastor’s apartment), that have no official ties to other religious groups or a larger religious organization in any way.

– There are some large organizations, like Mormons and Catholics, who generally run their congregations in a standardized way. Which means you can go from city to city across the country, or across the world, and find a Catholic or Mormon church and know just what to expect from the Sunday worship — down to the clothes, the sacrament prayers, and the songs.

– There are many people who grow up within Christianity, and experience their family “shopping around for a church.” They might move to a new town and try out a few different options before settling down with a particular congregation. Or they might attend one church for many years and then feel the push to try something new when a different pastor comes to town.

– Other people may shop around for a church but keep their search within one of the larger organizations. They may identify as Baptist and feel committed to choosing from among the Baptist congregations in town.

– For Mormons, this works differently. Mormons are assigned a congregation based on their home address. There’s no shopping around or choosing (unless you visit congregations before you pick your apartment or house). There are occasional exceptions to the home address rule, but they are very rare. Mormons attend where they are assigned.

– So if I as a Mormon, was “shopping around for a church,” there’s really nowhere for me to shop except outside of Mormonism. Because it’s not okay for me to choose another Mormon congregation that I’m not assigned to, and even if I did, the people might change, but the lessons and teachings would essentially remain the same.

– Which brings me back to Cynthia’s question: What would it take for you to leave the Mormon church?

I could definitely look outside of Mormonism for another church. I’m sure I could find several churches that align perfectly with my political beliefs, and I know there are many churches that have some religious beliefs in common with me — like a belief in God, and Jesus Christ and the scriptures. The problem I would face, is that Mormons have a good chunk of unusual, particular doctrines (in addition to the more in-common stuff), and another church isn’t likely to align on those doctrines at all. How important are those uniquely Mormon doctrines? Well, to me, they’re really important.

– Because of this, I think of Mormonism as a religion, and not a church. I don’t know if I’m doing a very good job explaining what I think the difference is. I guess I think of churches as having a small set of core beliefs — God, Jesus Christ, and the Bible — that are fairly universal. Beyond those universal beliefs, one church might differentiate itself from another church based on who attends, who preaches, what the location is, what kind of community service is provided, who runs the music — that sort of thing. On the other hand, I think of religions as larger organizations, with a much more detailed set of doctrines, beliefs and ceremonies, that include a lifestyle and culture that goes beyond basic Sunday services. (Does that even make sense? I don’t know, maybe it doesn’t even really matter for this conversation. Hah!)

– As a general rule, Mormons who leave Mormonism, have concluded they don’t believe Mormon doctrines. Perhaps they don’t believe in the uniquely Mormon stuff, but they still believe in God and Jesus Christ and the Bible. In that case, there are any number of churches that could potentially be a good fit — both independent churches, and other churches that are part of a bigger religious organization. If a Mormon leaves Mormonism and no longer believes any of it (the Mormon stuff or the Bible or God), they tend to not choose another religion at all, and continue on with a non-religious (though still moral!) life.

– In my case, yes, I get very angry at some of the Mormon church’s stances, and I have no problem being vocal about things I want to see change in the Mormon church. But the idea of simply choosing another church instead is hard for me to wrap my head around. For me to leave the Mormon church, I suppose I would have to reject or no longer believe any of the doctrines, beliefs or practices as a whole. And if that was the case, I can’t picture choosing another religion. I suppose I would abandon religion altogether. Which I currently have no interest in doing.

– In addition, because I’ve grown up as a Mormon and lived my whole life as a Mormon, there’s a cultural aspect that’s hard to explain. Even if I left the Mormon church, I would still be Mormon by culture. The way I think, and the way I approach life, would still be heavily influenced by my Mormon upbringing. My friend Susan has been out of the Mormon Church since we were in college together, and still today, if someone hears she’s from Utah and asks if she’s Mormon, she says, “Yes, I’m a Mormon, but I’m no longer practicing.”

No doubt other people who have left the Mormon church would respond differently than Susan, but I totally get where she’s coming from. You can reject Mormonism, and want to disassociate with it, but if you grew up Mormon, there’s probably still a lot of Mormon in you whether you recognize it or not.

The closest thing I can compare it to is maybe nationality. It’s conceivable that I would move to another country, and perhaps even apply for citizenship there, but I can’t imagine not being American. Even if I no longer had an American passport, my experience growing up here would influence every part of my life. You know?

– So, when Cynthia asked me what would make me leave the Mormon church, my brain could not quite comprehend what she was asking. One of the commenters on the original conversation said, “In her first comment Gabrielle mentioned how hard this question is to answer. I see it less as a God/Church thing and would almost rephrase your question as “what would it finally take for you to abandon your mother tongue and family?”

I appreciated that comment so much. It did a much better job of trying to communicate what was going through my head. I understand that for many church-going people, their church doesn’t end up necessarily being like a native tongue. But for Mormons, our religion is a whole lifestyle — a lifestyle which includes church attendance, but isn’t solely church attendance at all.

– Before I conclude, I want to mention that I know someone is going to want to ask, “What Mormon doctrines are so important to you that you can’t reject them?” Totally a fair question, and I’ve jotted down some notes that may turn into another post, because it’s a whole other topic. On this post, I’m hoping the conversation is more focused on the idea of religion versus church, instead of delving into Mormon doctrine details. : )

Now it’s your turn. What’s your take on this topic? Do you consider yourself to be religious? Did you grow up in one religion but switch in adulthood? Would you say you belong more to a church or to a religion?

I’m especially curious to hear from anyone who has shopped around for a congregation or church. Is there something in particular you were looking for? Parameters that you searched within? And did you find something you like? Is it an independent group, or is it part of a larger organization?

Have you found a church or religion that feels like a perfect fit? Or are there things you disagree with and want to change? If you do belong to a religion, and someone posed the question at top to you, what would you answer? I’d love to hear.

P.S. — If you are in a position where you feel like you can shop for a church, here’s a website that scores churches on how clear their LGTBQ policies are.