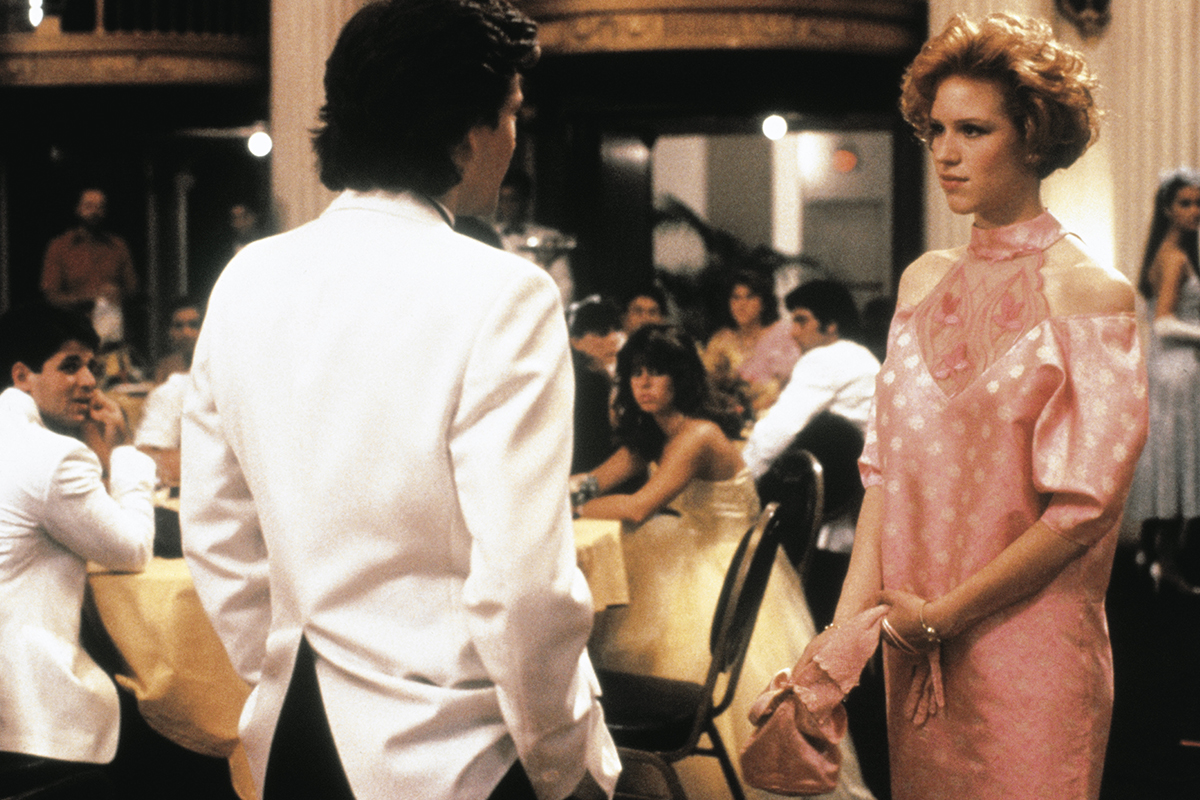 Can we talk high school dances for a minute? Apparently, they are disappearing. Or have already disappeared when I wasn’t looking.

I grew-up in a town, St. George, Utah, that had a whole lot of dances. There were big school dances almost every month, with titles like Homecoming, Sadie Hawkins, Senior Ball, Preference, Junior Prom, and it seems like a couple of others that I’m not remembering.

These were not dances that you went stag to. They were date dances. Two were specifically girls-choice (Sadie Hawkins and Preference), and though it wasn’t stated, the rest were assumed to be boys-choice. For each of those dances there was usually a royalty — Prom King & Queen, Most Preferred, etc. — nominated and voted on by the student body.

Tickets to these dances were bought ahead of time and the events were usually held off-site in a heavily decorated space (though once in awhile they were held in a heavily decorated school gym). There was always a portrait photographer at these big dances (ours was my friend Jill’s mom, Jackie Andrus), and it was traditional to get a photo with your date, plus a photo of your group (if you went with a group of couples). In fact, I have a whole high-school photo album that is nothing but photos from these dances.

These big dances were also usually accompanied by big invitations. Something clever or funny, or something that made a big statement. You couldn’t just ask someone to the dance, there pressure to make a big deal of it. The dress code for the boys-choice dances was formal (that’s a lot of fancy dresses or tux rentals required in one year!). Preference was semi-formal, and Sadies was matching shirts.

But those were just one category of dances. A more frequent category was Friday Night Dances. They weren’t really called that, they were just called dances. (As in, “Should we go to the dance after the game on Friday?”) And they didn’t require a date. You could definitely show up solo, though it was most common to show up with a group of friends.

These dances were held in the school gym, and there was a DJ (ours was named Paul Hancock, and the song he played to test the speakers before the dance was “Boys Don’t Cry” by the Cure). Sometimes they were held following a school football game or basketball game, and sometimes they were just because. In my memory they happened a couple of times a month, though that seems like a lot, so maybe I’m remembering wrong. To enter the dance it was like $2 at the door; you didn’t need tickets ahead of time.

There was no photographer, no decorations. The dress code was casual — mostly kids just wore school clothes. The whole thing was very simple, and I much preferred these regular dances to the big ones — I never loved the stress of wondering if I would have a date, or having to ask one.

A third category of dances in my hometown were church dances. They were rare — maybe quarterly — and were basically the same format as a casual Friday night dance. But they were free, and the DJ had to be more careful about what he played. There was always a big one in the summer and a big one on New Year’s Eve, but otherwise, I don’t remember church dances much at all.

Ben Blair’s high school was similar. He grew up about 4 hours from me in Provo, Utah and says he had a similar calendar of big dances and more casual ones. He says his high school called the Friday night dances Stomps.

Here in Oakland, from what I can tell my kids’ high school holds only two dances. Homecoming in the fall and Prom in the spring. Both are formal affairs. Both require tickets ahead of time. Asking a date is common, but you can also show up with friends.

There are no casual Friday night dances. The school doesn’t host anything like that. And I assumed that was just how it was done here. But then, a couple of weeks ago, my dear friend Robyn was in town. She still lives in St. George, and she was here visiting with her teens and they started talking about school dances.

Turns out at her kids’ high school, they still have the big monthly dances — with dates and fancy dresses and decorations and photos and clever invitations. But they don’t have Friday night dances anymore. At all.

I was so surprised! No casual dances? Where did they go? What happened? When did they fade away? Were dances an 80’s/90’s thing? Or was it just my town?

So now I’m wondering, is this true everywhere? Are casual Friday night dances a thing of the past? And what about big prom-type dances — how often does the high school in your town host a big dance? I always felt like monthly was too much, but maybe it’s common in other places too. What was the dance scene like for you when you were in high school? I’m so curious. I can’t wait to read your responses!

P.P.S. — When I was growing up, our town had two high schools, and both had similar dance calendars. If there wasn’t a Friday night dance at our school, we knew there was probably one at the other high school across town, and it wasn’t unusual to go to dances at both schools.

P.P.S. — Pretty in Pink turns 30 this week. Remember the homemade prom dress? Did you love it or hate it? (I loved it!)