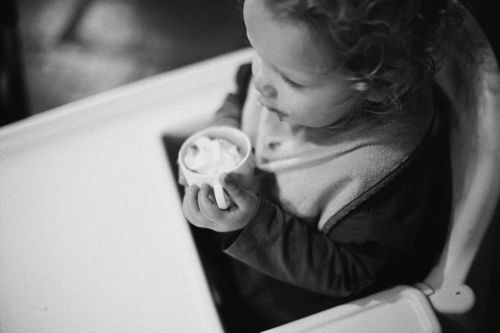 By Gabrielle. Images of little June and her hot cocoa by Blue Lily.

Do fancy dinners and crying babies mix? Not when social media gets involved! According to this article and lots of play on Twitter, Chef Grant Achatz publicly broached the question all parents ask themselves — usually while blushing in the middle of a lovely restaurant when their child transforms into something not-so-lovely! — and the responses were surprisingly heated.

To give you some back story, the restaurant in question is Alinea, a Michelin-starred spot that charges $250 per person upfront to reserve a table. Does that detail matter? It does when the couple in question was set to lose $500 just because their babysitter cancelled!

Have you ever experienced a similar situation, whether from an embarrassed parent or an annoyed diner perspective? Has there been a time when you either sensed or were told outright that your children were not welcome in a particular restaurant? Were you understanding or outraged? Depending on where you live in the world, children are either welcomed with open arms and a kids menu, or the complete opposite, right? 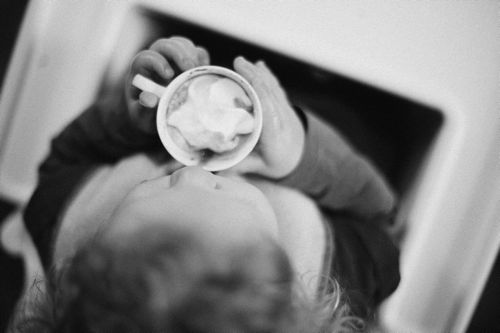 In France, children are raised with such impeccable table manners — learning to eat with a fork in their left hand, and a knife in their right from age 2! — that I was always so nervous about taking our big circus of a family to French restaurants. But we worked hard on our table etiquette as a family and ended up eating out freely. Still, even with great table manners, in our little town, restaurants were either considered family friendly and kids were welcome, or they were fancier and with few exceptions, we simply didn’t see kids there at all. (As I type this, it occurs to me, that that divide doesn’t sound too different from New York.)

I can’t wait to hear your own stories and opinions!