Report From My Two Kids Who are Studying Abroad In France

As promised, here is a little report about Olive and Ralph and their experience in France this semester.

Olive has been in France since September 1st. She’s young (she turned 13 the week before she moved), and we knew this might not work for her, so we were prepared to fly her back home if she wasn’t thriving. But so far, she seems to LOVE it. She’s staying with our dear friend, Caroline, and Olive says she’s amazed how fast dinner clean up goes with fewer people in the house. Hah! I love that she’s getting to see how another house is run. It’s important to me that my kids understand there are lots of right ways to do most things.

She really seems to be developing a sense of independence — helped by the fact that she lives in town and isn’t waiting on a car and parent to get her around. During her first week, she needed to change her money from dollars to euros, and instead of waiting for a grownup, she decided to take care of the task herself. She walked herself to the bank and inquired about the exchange. The bankers sent her to the post office and she was able to take care of it there. No big deal. And just to remind you, this is all taking place in French.

Speaking of French, she said she’s doing well with the language and can speak mostly accent free. She’s enrolled in the same school she attended when we lived there and it’s been wonderful for her to instantly know people and be in a familiar place. 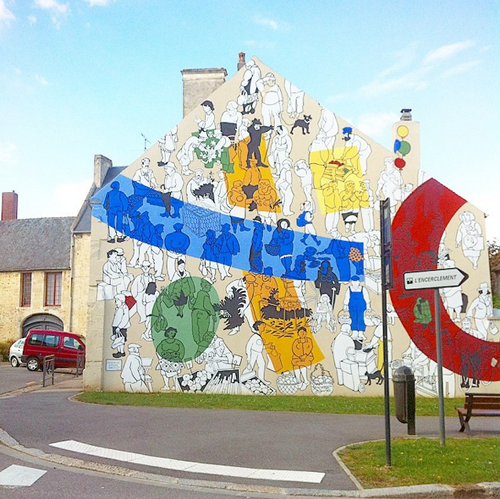 Olive has also been acting as translator. There is an American family living in La Cressonière and they have kids attending the same school as Olive. One of them is in her class, and as he learns French, Olive is helping translate as needed. Several years ago, when our kids first started at that school, there was an Irish family attending, and they kindly acted as translators for my kids, so I like the idea that Olive can pay the kindness forward.

When we lived there, Olive’s extra-curricular activities were horseback riding and piano. We wondered if she would want to sign up for those again this semester. But instead, she’s taking a drama class and really enjoying it.

Caroline has also taken Olive to visit our Cottage (which reminds me, I still haven’t properly introduced the cottage. It’s on my list!) 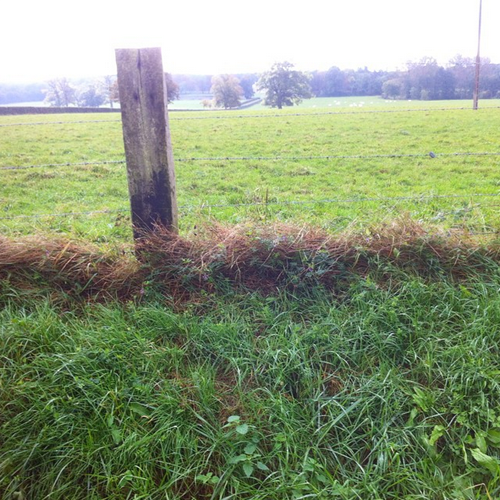 Now on to Ralph. You may remember, Ralph spent the last week of August and most of September in England. He’s been in France since September 27th.

This whole study abroad concept has really grabbed Ralph’s imagination. Like Olive, he’s thriving too, and can see the possibilities. He’s even started talking to friends in Japan and Australia about doing exchanges. Who knows if it will happen, but either way, he clearly loves this!

England was wonderful for him. He found that getting to experience a taste of the school there was really satisfying. He loved meeting new people and being able to determine his own schedule. He was able to explore the town of Abingdon and he and his friend could take the train to London to explore there as well. (Ralph loves London!)

And then, when he arrived in France, he couldn’t stop telling us how awesome our little town of Argentan is. He said he didn’t understand how awesome it was until he moved back, and that we should move the family back asap. : ) He said he loves walking around town because he sees so many people he knows and loves — like the clockmaker — as he goes about his day.

His language is excellent, but he talks often about wanting to get it perfect. His goal is complete fluency and he studies the nuances to figure out where he’s still getting it wrong.

He also attends the same school as Olive, but only sort of. He’s auditing classes so he can attend as much as he likes, but his coursework is through K12. This seems to be working well. He is able to get his school work done in a few hours, which leaves him time for writing screen plays and working on films, which is for sure his first love.

His latest movie is the one at the top and I feel like it’s his best so far. And maybe his best by far! It’s only two minutes, I hope you’ll watch it because I think you’ll really enjoy it. (And if you do, I hope you’ll share it. It’s a good one!)

One interesting thing is that doing his school work independently has reminded him of how much of a typical school day is just sort of busy work or wasted time moving between classes, and he’s wondering what it would take to graduate early and be completely done with high school. So we’re looking into that to see what it would take. Ralph seems to do well in a school setting — he’s super social — so of course it’s interesting for us to see that he’s find to be done with that and move on.

As expected, both love the food!

I can’t believe they’ve been gone for almost 2 months! We miss them like crazy and the house always feels a little empty without them. One unexpected result that has come with their absence: We thought Maude might get lonely, but she really seems to be thriving. Sometimes I forget that Maude is an introvert and really needs alone time to recharge. With Ralph and Olive gone, she seems to be getting more of that precious alone time and is enjoying life more than ever! Ben Blair and I are already talking about how we’ll help her preserve that time once they return.

To stay connected, every Sunday morning we have a family Google Chat, where we can share 3 screens and get to have time together. Of course, we also get to talk with Ralph and Olive throughout the week as needed. Hallelujah for technology! And I continue to be comforted knowing Olive and Ralph can connect in person if they’re homesick.

I think that’s it for a report today. Anything I missed? If you have questions, leave them in the comments and I’ll do my best to respond. I’d love to hear more about your experiences with international exchanges, or study abroad semesters, or kids far from home. And what do you think about Ralph’s video? I always love reading your words!