Men are Lucky Women are Seeking Equality and Not Revenge 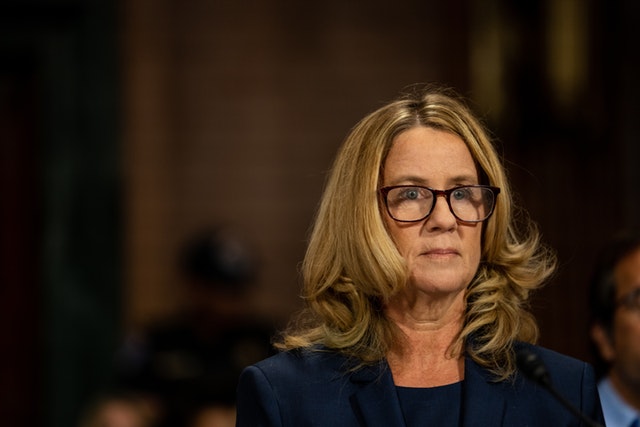 Have you followed any of the coverage of today’s hearing? It’s quite horrific. I had to pull my car over as Dr. Ford described Kavanaugh covering her mouth, and her fear that he would accidentally kill her. I couldn’t stop crying. I felt a huge amount of anger well up in me as I listened. I keep thinking about that saying: Men are lucky women are seeking equality and not revenge.

I find myself so embarrassed by the spectacle. Women are the majority of America’s voting population, yet 11 men sit in judgment of Christine Blasey Ford (four of them Mormon dammit!). In the room, they are seated above Dr. Ford, unwilling to ask her their questions themselves, and instead they hired a woman to do their dirty work.

This is an especially hard day for anyone who is reliving a past abuse. If that’s you, I just want you to know there are millions of women (and plenty of men too) who are right here with you. We believe you.

How are you holding up, Dear Readers? Have you had to stay away from the coverage because it’s too traumatic? Are you at work and having a hard time keeping it together? Have you been hearing from friends who are having a hard time of it? Are you able to watch or listen and keep emotionally distant? Are your kids old enough to be aware of what’s happening? If you need a place to discuss how the hearings are affecting you, please feel free to use the comment section.

P.S. — Discussing this on social media today, I appreciated someone saying the equality-not-revenge quote also applies to race. So true.

Image by Erin Schaff-Pool via Nylon.