How Many Phone Calls Do You Make Each Week? 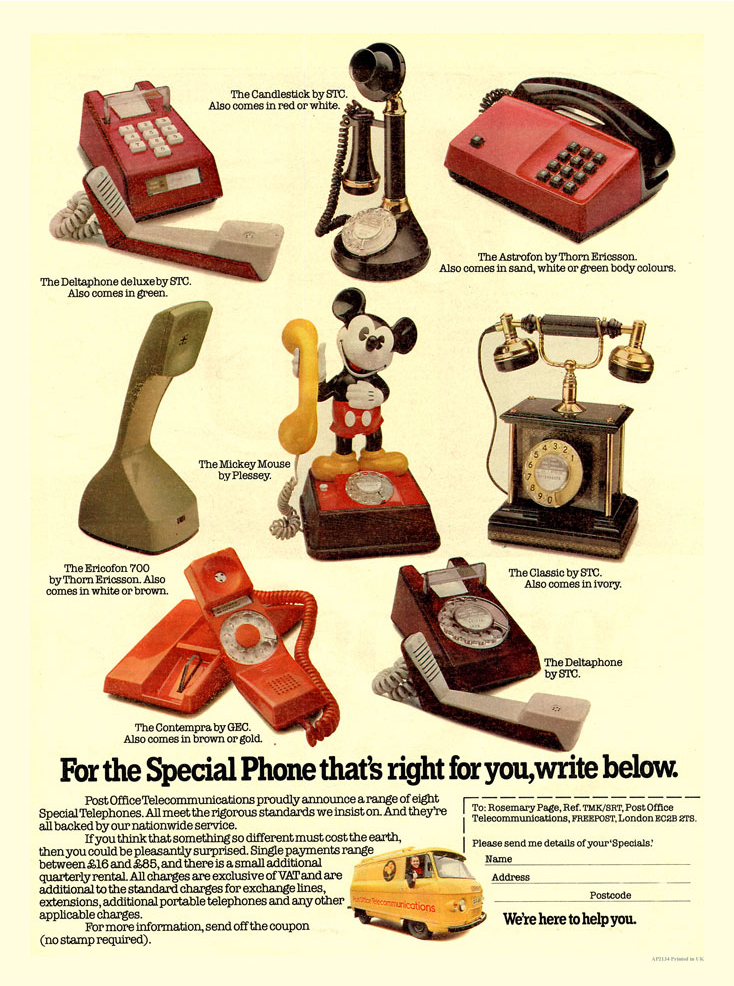 I’ve been thinking about this short essay in the Atlantic called Why No One Answers Their Phone Anymore. It’s about the disappearing phone culture in America. The essay has bits of nostalgia and melancholy, but the author is ultimately fine and settled with the telephone culture change.

Reading it brought up a few thoughts on phone calls:

– As young parents, I remember specifically teaching our older kids phone skills for a Family Home Evening lesson. We talked about different ways to answer, and appropriate ways to hang up; we roll-played with the phone, that sort of thing. Cut to 10 years later and it’s not really a skill we’ve covered for the younger kids. Do they know the basics for phone calls? Probably. But I don’t know that for sure.

– We haven’t had a landline for about 8 years. This is definitely related to why I don’t know if the younger kids have basic phone call skills. They don’t have their own phone and so rarely, if ever get the chance to answer any phone calls.

– Did you see the Google AI phone call video? It’s super interesting. They share two phone calls made by computers to a hair salon and a restaurant. But the person answering the phone doesn’t know it’s a computer. It sounds like a person. The video might freak you out — it’s gotten a mixed reaction. Do you use the phone to call businesses? Unlike the examples in the video, I typically text for hair appointments, or use an app for restaurant reservations. But I do call businesses sometimes — like if I need to put a travel alert on my credit card.

– I have a strong memory of a commercial about texting back in the pre-smart-phone days. In the commercial, a young woman goes to her closet and finds a box of winter gloves, and then cuts all the fingers off the gloves. The ad was for an unlimited texting offer and the idea was that she would need fingerless gloves because she was going to be texting all the time. I remember being pretty baffled by the ad. Who in the world would ever want to text that much? (Hah! Don’t ever count on me to predict the future.)

– I noticed my sister Jordan often Facetimes people instead of texting them — friends, family, co-workers. Sometimes it catches me by surprise since texting is so prevalent. But I actually prefer it when there’s something to discuss.

– In the essay, the author treats Facetime calls as different than regular phone calls. But as I read, I realized I put them in the same category. I think of texting as different than a phone call, but anytime I’m actually talking with someone with our voices — whether it’s Skype or Hangouts or a Facetime — I think of it as pretty much the same as a phone call. And that’s true whether or not I’m using the camera feature.

– As for true phone calls (not Skype, Hangouts, etc.), I would estimate I use the phone for work maybe 3 times each week. When I find myself writing a long email with lots to explain or lots to ask, I find it’s better to just pick up the phone — especially if I’m trying to communicate with someone who has a desk job. As for personal phone calls, again, I would say maybe 3 times a week tops? I answer if I think it’s the kids calling from the school office (as I mentioned, my youngest 3 kids don’t have cell phones yet), and I use the phone to talk with my Mom, and with a few friends. But overall, my phone use is pretty minimal — though I’m sure I still make phone calls far more often than my kids do.

How about you? How often do you use your phone to make traditional phone calls? Do you have a landline? How did you answer the family phone as a kid? I would just say, “Hello.” And I remember noticing if I was at a friend’s house and they answered in a fancier way, like, “Hello, Jones’ residence.” I found the formality impressive and grownup. : ) Do your kids know how to use a landline? If they heard one ring, would they know how to answer or what to say? Any thoughts on the disappearing phone culture?

P.S. — If you’re feeling nostalgic, you might find this retro handset appealing. It plugs right into a cell phone. And they’re still selling this retro dial phone toy — which I think is super cute.