Too Many Christmas Gifts? How Many Gifts Do Your Kids Get for Christmas? 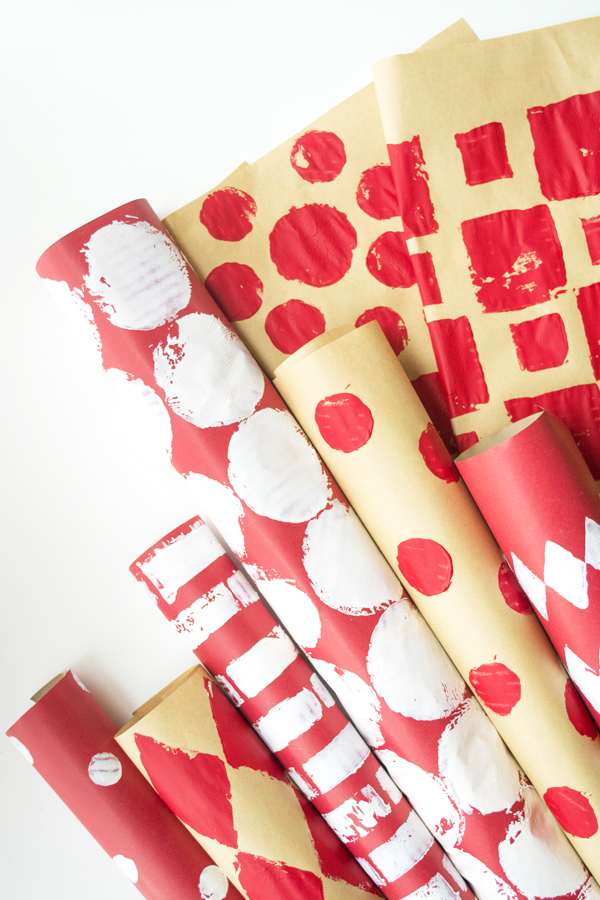 Back in 2010, when my kids were much younger I was asked about Christmas gifts for kids, from a reader who felt like she always overbought too many Christmas gifts. How many is too many gifts? Six years later, I think it’s time to revisit the topic.

Gift shopping definitely changes as kids become young adults. The presents get smaller and smaller, with bigger and bigger price tags. (Think cell phones and jewelry.) This is something I’m super aware of because as I plan for Christmas morning, I have a picture in my head of what I want it to look like (big! magical! high impact!), and tiny gifts can make it harder to achieve.

This is what’s on my mind when I start planning and shopping for gifts for the kids:

– On Christmas Eve, there’s usually not too much under our tree. A box of pjs for each child. A gift from a sibling for each child (for the past 4 years, my kids have drawn names). And maybe a few boxes of general family gifts from grandparents or cousins.

Every other gift they receive is from Santa and won’t appear until Christmas morning. This makes coming into the room on Christmas morning really magical — like a big reveal. The gifts seem to have multiplied overnight! And with six kids, all of a sudden there’s so much stuff!

– Gifts from Santa are placed in separate piles for each child, with some space between them so everyone has room to unwrap their gifts. The stuffed stockings are next to their pile. Even though the piles are pretty small, there’s a plentiful feeling because it’s all multiplied by six.

– Traditionally, everything from Santa is gift-wrapped, except one item per child. And that unwrapped gift is often something that’s physically big and would be hard to wrap anyway, like a skateboard or a drawing easel or a boogie board or a play kitchen. Those big items might have a big red bow, but again, no wrapping. None of the items from Santa have gift tags or names on them.

Having one gift unwrapped draws each child straight to their pile. And it feels good too — someone has been thinking of them and they have proof!

– Since our kids take turns opening gifts, I like to make sure each one has a similar amount of items to open. But budgets don’t have to match up at all. Little kids gifts are simply less expensive.

– I ask the kids for wishlists in late November or early December. I tell them to go overboard. They’ll only get a few items from the list, but I like to have options.

– When Ben Blair and I start putting together an actual shopping list from their wishlists, we start with a basic framework: Each child will get something to wear, something to read, and something to play with.

Yet still, that basic framework really helps to keep things reigned in.

– For years, stockings were mostly filled with art supplies and things like new socks and headbands and big bottles of bubble bath. But as the kids age, it has shifted to nicer toiletries and grooming products, like a really good mascara, or cologne, and practical tech accessories like a new charger or phone cover. Socks still make it in there sometimes too. Our stockings are narrow and not too big. So there are just a few items in each one.

– As I mentioned, the gifts tend to get smaller as the kids get older, and those big physical gifts (like a new bike) that make such an impact on Christmas morning, have started to disappear. But we still have younger kids too. And I still want that big magical impact for them. So the last couple of years, we’ve had balloons (all one color, either red or white), all over the floor and around the tree on Christmas morning too. They’re very inexpensive, but make a big impact and transform the room. The impression is abundance.

– I manage the Christmas shopping list on a spread sheet where I note each child, what they’re getting in each of the 3 categories, and what they’re getting in their stocking. I also note what their siblings have bought for them so that we’re not repeating. The spreadsheet helps me get an overall picture of everything each child is getting so I can tweak it as needed. I picture each child’s face as they open their gifts. Is there a wow gift in the pile? Something they’ll be super excited about? Are there good surprises? Items not from their list, but that they’ll love? Does the pile look too small? If yes, can I wrap a tiny gift in a big box?

– I’m estimating we’ll have 3-5 more years of Santa at our house. I’d like to keep focused on creating a magical morning through those years. But after that, we’ll need to rethink our Christmas morning traditions. Already, we’ve had a couple of years where the big gift from Santa was an experience — like a trip to Venice. I can see us shifting more and more that way.

Okay, that was a long list of thoughts. Now I’m dying to hear from you! Does Santa come to your house? If yes, how do you handle it? Does Santa bring one gift, or too many Christmas gifts? Are some gifts from you as parents? Are there a lot of gifts already under your tree before Santa arrives? How do you handle sibling gifts?

And tell me about your Christmas mornings. Do the kids get up early or sleep in late? Do they make it to the tree one at a time, or does the whole family gather? Do you do a big breakfast? For many years, our kids always received Lucky Charms in their stockings (a rare treat!) and that’s what they would eat for breakfast. But I think I’m ready to shift to homemade cinnamon rolls or something like that.

What’s your take? Do you have too many Christmas Gifts in your home?