A Short Primer on Klein Blue for The Curious 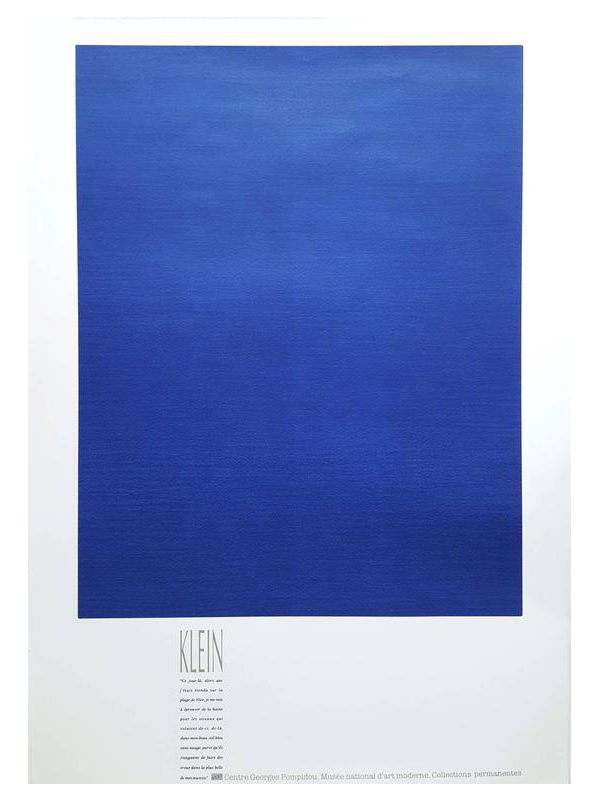 If you’re someone who likes to read interesting books and magazines, on or offline, chances are you’ve recently happened upon a reference to Yves Klein, Klein Blue, or International Klein Blue. I’m not sure where it’s coming from, but there’s so much buzz about it lately. For those who aren’t sure what is being referred to, here’s a little primer that will get you up to speed.

Yves Klein was a French artist who was a pioneer in performance art. He worked in the post-World War II era, and he died very young (heart attack) in 1968 at age 34 — months before his first child was born. His wiki page is good and includes this charming tidbit:

At the age of nineteen, Klein and his friends lay on a beach in the south of France, and divided the world between themselves; Arman chose the earth, Pascal, words, while Klein chose the ethereal space surrounding the planet, which he then proceeded to sign:

With this famous symbolic gesture of signing the sky, Klein had foreseen, as in a reverie, the thrust of his art from that time onwards—a quest to reach the far side of the infinite. 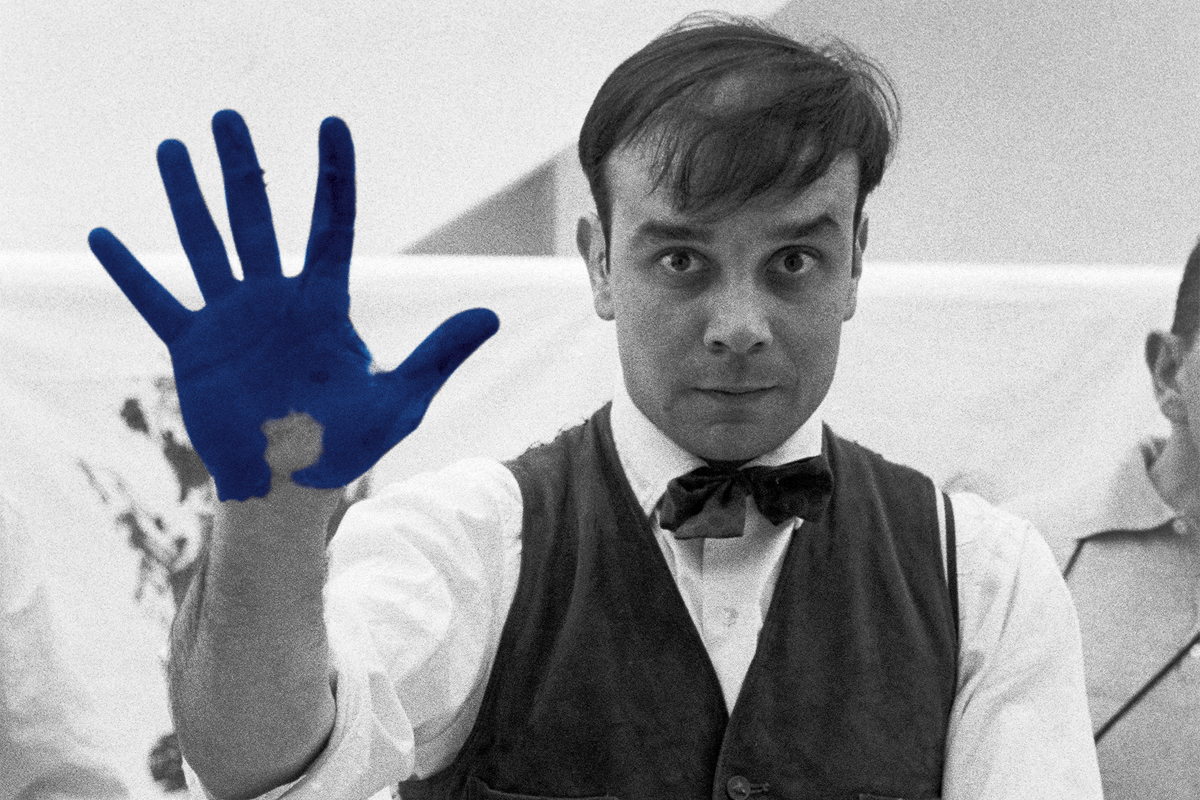 When he first starting working as an artist, he used lots of different colors. But after an unexpected response to one of his exhibits, he decided that any new art he made would only be in blue. Yves Klein is quoted as saying:

“Blue has no dimensions, it is beyond dimensions, whereas the other colours are not….All colours arouse specific associative ideas, psychologically material or tangible, while blue suggests at most the sea and sky, and they, after all, are in actual, visible nature what is most abstract.”

Working with a Paris paint shop (still open today!) he developed a particular hue, which was called International Klein Blue. It’s a particular mix of ultramarine pigment and a specific resin. Described here:

The uniqueness of IKB does not derive from the ultramarine pigment, but rather from the matte, synthetic resin binder in which the color is suspended, and which allows the pigment to maintain as much of its original qualities and intensity of color as possible.

Would you like to paint with Klein Blue? Well, that’s kind of a no go. Klein Blue paint isn’t for sale. You can get close approximations — Metafilter lists several here — but not a tube of the actual paint. But, if you’re up for experimenting, you can still buy the resin binder used to make International Klein Blue, packaged under the name Médium Adam 25, from the original shop.

For further reading on Yves Klein and International Klein Blue, try this article from the Guardian which goes into some of the behind the scenes experiences that influenced the birth of Klein Blue. Can an artist own a color? This topic was discussed in a BBC segment in 2014. There are also several books on Yves Klein and his work. Try Yves Klein: In/Out Studio or Yves Klein: Work, Writings, Interviews.

If you’d like to bring a little Klein Blue into your own spaces, you’ll find Klein’s work available for purchase at 1st Dibs, and you’ll find prints at Art.com.

Your turn. Where have you seen International Klein Blue referenced lately? Anything you would add to this short primer? Have you ever experienced Klein Blue for yourself? Perhaps in a museum? I’d love to hear.