What If You Give Your Kid The Wrong Name? 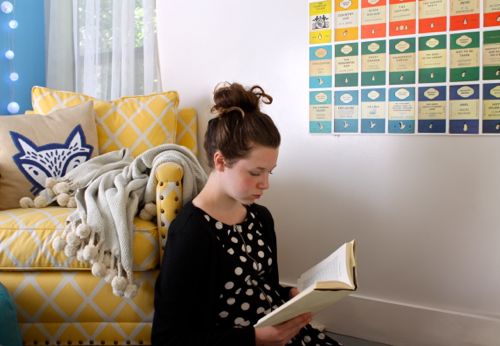 Our daughter Maude, currently a freshman in college, was home over her Spring Break and at one point, we were talking about her full name — Maude Emma Blair. One of our family stories is about how “Emma” was never quite the right fit name-wise. And that we pretty much knew it wasn’t right from the beginning, but we used the name anyway.

As we started our naming adventures, we didn’t know how many kids we’d end up with, but we were picturing a big family. We focused on names from our grandparent’s generation. We wanted them to be simple — easy to pronounce, and to spell. Old names that weren’t in use much anymore. We ended up using: Ralph, Maude, Olive, Oscar, Betty and Flora June as our children’s first names. I love the names individually and as a group (I love the human people with those names even more).

Looking back, we feel like confident namers, but at the beginning of our parenthood, it felt somewhat nerve-wracking. Naming a human being is a serious task. Names are powerful.

What if we like a certain name, but our child grows up and doesn’t like it? So much is unpredictable with names. A name that seems just right today, may end up being the name of next year’s top pop-star (or criminal!) and develop a totally different feel. Which reminds me, a year or so after our Betty was born, the TV show Ugly Betty came out and the title totally worried me for my daughter’s sake. It was a cute show, but I was relieved when it ended after a few seasons.

When naming Maude, we loved the name and settled on it mid-way through the pregnancy. The baby would be Maude, with the nickname Mimi. But right before she was born we got nervous about the name. Would it be too unusual for her generation? Our second choice was Mabel, and days before the birth we started leaning that direction. We figured we could still use the nickname Mimi with Mabel too. And then, at the hospital, as Maude was born, we had an amazing nurse named Miriam. And for about 24 hours, we thought the name should be Miriam — again, with the nickname Mimi. Ultimately, we came back to the name Maude. It was the right name.

We hadn’t really thought about a middle name for Maude, but the night before we officially named her, we had doubts yet again and decided to add Emma as a middle name — thinking of it like a backup in case she didn’t love the name Maude.

Emma is a lovely name, but I could see it was about to pick up steam and become popular, and we really didn’t want to use any popular names. Somehow we used it anyway, but we probably shouldn’t have. It was never quite the right fit — an add-on that wasn’t as intentional as it should have been.

Every once in awhile I’m bothered we gave her an add-on name, but mostly it hasn’t mattered. I figured she could always change it when she got older (she’s old enough now to make any name changes she wants), or she could keep it and have a interesting angle to her name story. : )

P.S. — The best nicknames, and the best Grandparent names.