Her Daughter Asked: Why Do I Need to Wear my First Bra? 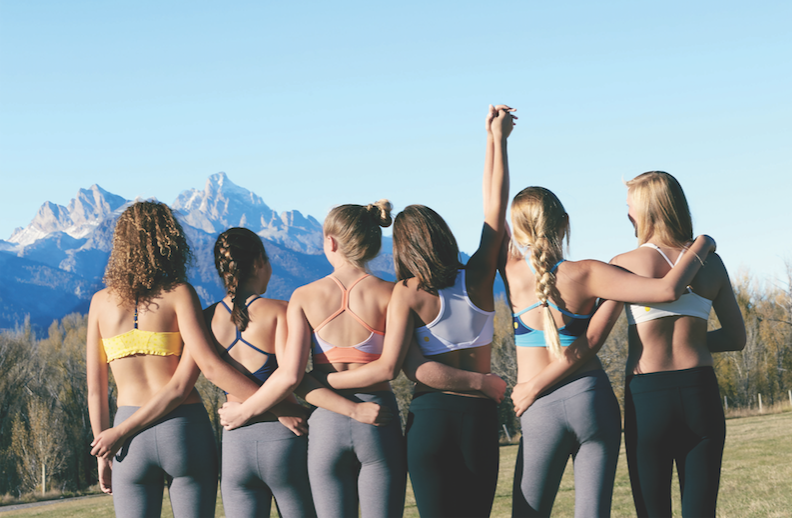 Friends, I need your collective wisdom. I received an email from a reader named Tina that brought up a really good question: What do you tell a 10-year-old who wonders why she needs to wear her first bra? Here’s an excerpt from Tina’s note:

“I have two daughters ages 10 (11 later this summer) and 7. On a whim, while on a rare after school trip to Target a few months ago, I asked my daughter if she wanted to pick out a bra. (Most all her friends started wearing bras sometime over this past school year.) She said sure. She has only worn her first bra a few times, and until a month or two ago, didn’t need it. However, now buds are starting to show through her shirt so I approached her about buying more bras to wear everyday. She asked why she needs a bra. Admittedly that question stumped me.

Any advice on how to answer that? I have no idea what to say. Support is not the answer because there is not much there to support. My mind went blank as the only answer to her question that came to mind is that other people are really uncomfortable seeing a girl’s buds, and even grown women with size A-cup-breasts wear bras because the societal expectation is to cover up; bras are expected for modesty because it’s too much too show.
Obviously I didn’t say all that, but it’s what I was thinking. Instead I responded with, “Good question, I’ll get back to you.” Now I need to get back to her and I need help! Am I way off on what I was thinking? What do I tell her that won’t shame her for having a developing body? Girls get slammed with so much shame about their bodies/sexuality. It took me years to become comfortable with being a sexual being and I would prefer my daughters be comfortable with themselves as they grow.”

My Own First Bra

Tina, I think that’s such a good question and I’m glad you wrote. My first thought went to my own daughters, but none of them have yet asked me a “why” about bras. My next thought went to my own experience as a child. In fifth grade, I remember wishing my mother would buy me my first bra, because I could see lots of other girls were wearing them and I felt like it was time and that it would be seen negatively if my classmates knew I didn’t wear one yet. This had absolutely zero to do with my own body — I was not developing at all at the time — it was definitely a social pressure thing. But, I didn’t get the courage up to ask my mom for a bra until the middle of sixth grade, and was so relieved when I finally had one. The “why” never occurred to me.
My third thought goes to the same place as your own thoughts: Is it really just about forced “modesty”? I use the word modesty in quotes, because I don’t really think it’s possible for a child to dress “immodestly”. And if it’s really just a forced modesty issue, then how do I feel about that?
Until support is needed (and as someone with small breasts can tell you, it’s still needed for running or anything particularly active, even with A-cups), a bra truly does seem unnecessary, and I suppose if a girl didn’t want to wear one, then hey, more power to her.
The only other thoughts I have are related to social issues. I wonder if, even though we know kids all grow and develop at different rates, we’re using the earliest development ages for girls as a baseline. Like, if the first girl in the elementary school starts wearing her first bra at the beginning of 5th grade, then somehow all the other girls feel compelled to wear one too, so that they don’t feel like they’re “behind”? Or are the girls themselves generally oblivious, and it’s us as parents that are forcing them into social norms? Maybe even in an attempt to prevent them from being made fun of, or receiving unwanted attention.
I don’t know. Probably there’s something else I’m not considering. Also: this tweet is relevant.
Dear Readers, what are your thoughts?

Have you ever considered the why of bras at young ages? Have your daughters asked you why bras are necessary? Did you look forward to wearing your first bra as a kid? Or did you dread it? Or maybe you had a neutral opinion of the whole thing? Do you have any helpful advice that Tina and I can both benefit from?

Like this discussion? Read more of my parenting thoughts here!
P.S. — If you are shopping for first bras for your daughter, I’ve had good luck at Target with the Cat & Jack line. Fun, bright colors and a sporty, active feel that’s not trying to be sexy. I’ve also been reading great things about Yellowberry (pictured at top). They’re a newish company and they specifically focus on first bras. You can find Yellowberry on Amazon too.
91 Comments Share This Post
TwitterFacebookPin ItEmail Article
Previous Post « Happy 4th of July!
Next Post The 4th of July Felt Different This Year »