Have You Ever Heard of HSDD? 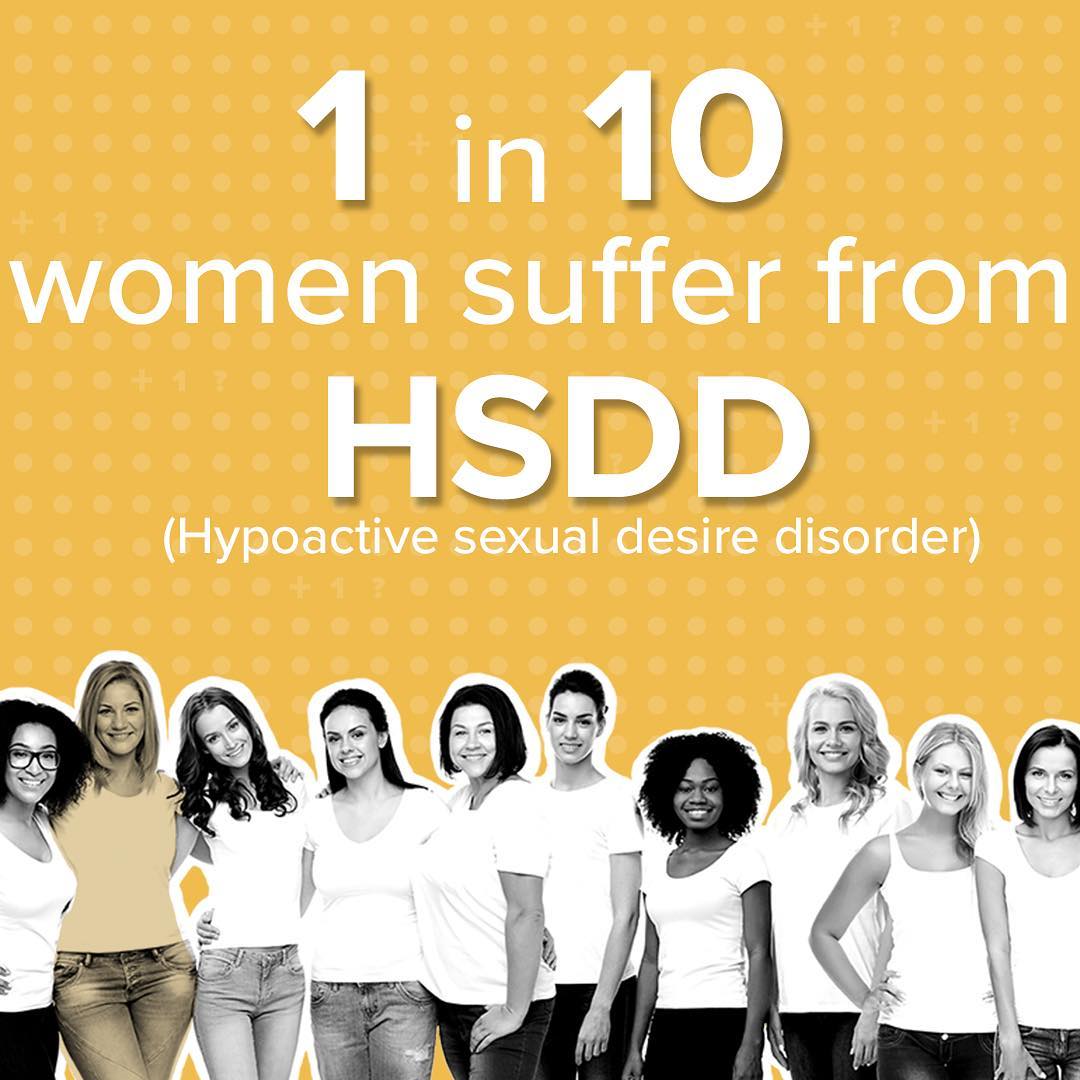 A couple of years ago at a conference, I met Cindy Eckert when I moderated a panel she was on. I could not have been more impressed. At one point in her life, she comprehended the huge disparity between men and women when it comes to getting treatment for sexual dysfunction. She set out to shed light on this problem, and to help affected women find treatment. The website Right To Desire focuses on this topic, and over the next few months, I’ll be working with them to host discussions about sexual dysfunction in women, and to help spread the word about the medical condition behind it.

Let’s start with the stat in the graphic above. One in ten women suffer from HSDD, which stands for Hypoactive Sexual Desire Disorder. Don’t confuse HYPO with HYPER. Hyper means too much, and hypo means too little. We’re talking about hypo — women who have little to no sexual desire.

HSDD is a defined medical condition. It’s the most common form of sexual dysfunction in women, and it’s been recognized in medical communities for nearly half a century. But it’s an easy bet that you’ve probably never heard of it. I certainly hadn’t. Because of our society’s very longstanding hangups around women’s sexuality, this common condition isn’t known generally, doesn’t get talked about, and isn’t treated. Female sexual dysfunction is approached as taboo, or worse, trivialized — and society reinforces those ideas in a thousand ways big and small.

Because of that, women who deal with HSDD may not even know there’s a name or diagnosis for what they’re going through. And pretty much all of those women are made to feel like they are deficient somehow, or that they just have to live with it, or that there’s nothing that can be done about it, or that it’s not important.

The first thing I want to discuss with you: Do you agree that sexual health is a human right like food or medicine? Do you feel like you take your own sexual health (including desire) as seriously as you do your mental health or physical health? And if you don’t consider sexual health a human right, share those thoughts too.

The third thing I want to discuss with you: Does knowing there’s hard science behind HSDD make you approach a lack of desire differently? I keep thinking of all the relationships that have been damaged because of lack of desire, and of all the women who have thought less of themselves because of their lack of desire. All those people who couldn’t find help and thought there was nothing to be done.

If you suspect you are suffering from HSDD, you’re not alone. You’re not just imagining the problem. And you can learn more here.

Based on the 1 in 10 statistic, it’s easy to guess that many readers here have experienced HSDD or are dealing with it now. But I realize this topic is very personal, so if you have something to add to the conversation and want to remain anonymous, please do so.

Overall, I’m super curious to know who has already heard of HSDD as a medical condition, and who, like me, are just learning about it.