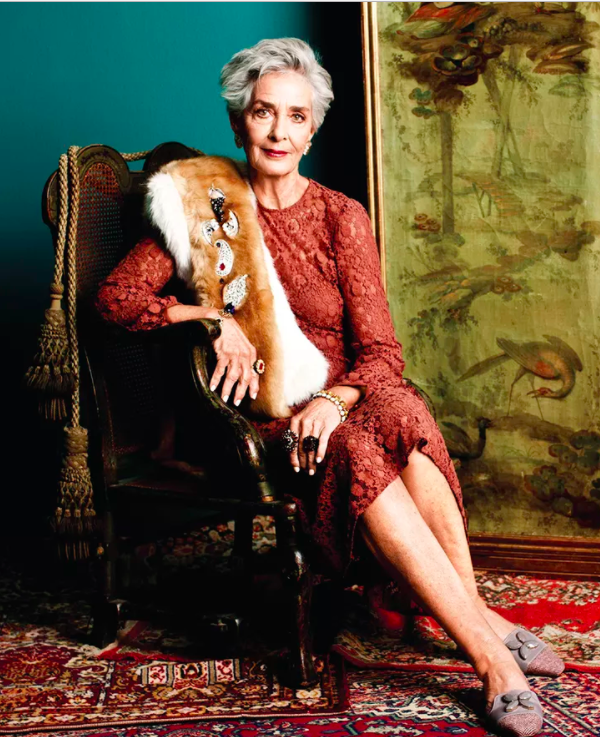 The other day, I read an article called “We’ve forgotten how to dress like adults.” I found it really interesting.  The main idea from the article is that fashion designers used to know how to design for and dress older bodies, and that young women looked forward to dressing more sophisticatedly as they got older. But, starting in the 1960s with the baby boomers, there came a worship of youth culture, and the knowledge of designing for older women wasn’t handed down; the new generations of designers don’t have access to those skills anymore. An excerpt:

“That lack of education appears today on the show Project Runway. The fashion designers shiver in their sleek boots whenever Tim Gunn describes their work-in-progress with the “M word” for “matronly.” This means “suitable for an older married woman” in the dictionary, but on the show, it means frumpy and uncool. A matronly, dignified dress with an empowering design might be exactly what’s missing from stores. With an expanded cultural understanding of what old age can be, including self-possessed and badass, we might begin to find racks of matronly dresses that shoppers have been sorely missing.”

The article also introduced me to Mrs. Exeter, who I’d never heard of before:

“Introduced in the late 1940s, Mrs. Exeter taught older women how to dress. “Mrs. Exeter knows what she likes — result of a thorough knowledge of herself,” wrote Vogue in the October/November 1958 issue. Her advanced age gave her an edge over flighty younger women who hadn’t zeroed in on their sense of self.”

The article was compelling to me. I agree that most of our current women’s magazines don’t depict anything to look forward to after age 25. And as someone who thinks excellent and smart design can solve so many problems, the idea of fashion design specifically made to complement older ages, instead of trying to hide the age, made a lot of sense to me.

I shared the article on Facebook and it got a big reaction. But not the one I was expecting. I don’t know how many commenters read the actual article, but the general response was a rejection of dressing differently at different ages. Just the mention of “dressing like an adult” was bothersome to people, as if they were being forced into a category against their will. You can read the FB comments if you like.

In general, I discard any thesis that claims we need to go back to how things were in the middle of the last century. I think the nostalgia is often misplaced and that we zero in one small positive aspect of the 50’s while discounting the rampant racism and sexism of the decade. That said, the idea of being able to dress as an older, sophisticated woman sounds wonderful to me, but according to the article, those clothes are no longer being made. I’m not even sure I can picture what they are.

If you get a chance to read the article, I would love your take on dressing like an adult. Have you changed how you dress as you’ve gotten older? In my case, I know I’m not a teenager and am not interested in looking like one, but many of the clothes in my closet overlap with what my teenagers wear — Converse and skinny jeans and current tshirts and a vintage piece here and there. How about you?