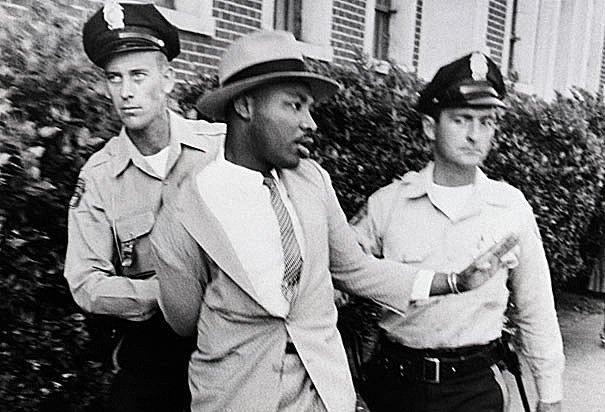 1) Dr. King did not call for peace at any cost. He called for non-violent direct action, and he sought to end all injustices that hold up inequality. In his words:

“If peace means a willingness to be exploited economically, dominated politically, humiliated and segregated, I don’t want peace.”

“If peace means being complacently adjusted to a deadening status quo, I don’t want peace.”

“If peace means keeping my mouth shut in the midst of injustice and evil, I don’t want it.”

“Peace is not simply the absence of conflict, but the existence of justice for all people.”

2) I fully believe this. Fellow white people, we were raised and socialized to be racist, in ways big and small, most of which I doubt we could even identify.

My wish for white folks this week is that you look inward and be honest with yourselves. You were socialized to be racist, regardless of what you think and feel. Only intentional anti racist thought and action can counter the socialization that all white people receive.

3) Our country has consistently given advantages to white citizens and withheld them from black citizens — and all non-white citizens. It is a fact of our history that must be faced plainly, and recalled in every conversation we have about race. Any reaction to this history should be an effort to bring balance and justice.

4) Did you see the news? Kamala Harris is running for president! I am really, really happy that so many women are running. And I appreciate this thought from Sady Doyle:

“I don’t think it’s any female candidate’s fantasy to die like Aslan so Narnia can live. But that’s how history works: Women push into forbidden male territory, and get screamed at and treated like freaks, but the next time a woman enters, it’s normal for a woman to be there.”

5) On the topic of justice, have you seen any good ideas for how to help workers and families being affected by the government shutdown? In case you hadn’t heard, in addition to hundreds of thousands of employees that haven’t been paid, the shutdown has additional massive repercussions — including 2500 stores that can’t accept food stamps.

Noah Kagan has offered to cover the paycheck (interest-free) of 10 government workers. (Maybe the idea will spread?) I’ve also heard that government workers can’t accept money, but can accept gift cards — so grocery gift cards and gas gift cards could be helpful. Have you seen any good ideas for helping?

I’m so furious. OPEN THE GOVERNMENT ALREADY!! The idea that the President thinks he should shut down the government if he doesn’t get his way is absolutely bonkers. We are perfectly capable of debating policy while the government is open. A shutdown is 100% unnecessary.

How are you doing today? Have you read or watched anything that has moved you? Or that you keep thinking about? Feel free to share in the comments.