Do You Have a Dishwasher? How About a Microwave? 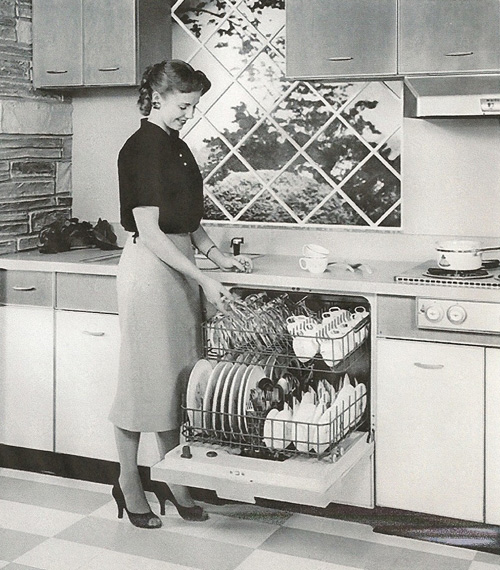 Fun fact: over the weekend we got a microwave! It’s just a little one, but it gets great reviews — and it won’t take up too much space in our kitchen.

I realize microwaves are nothing new, but as it turns out, we haven’t had one for over 3 years! It wasn’t really intentional, it just sort of happened. When we moved to France, the house we rented didn’t have a microwave. At first we wondered if microwaves were looked down upon in France, but learned later that wasn’t really the case. They are widely available anywhere small appliances are sold, and it wasn’t unusual for us to see one in our friends’ homes. Our landlords just preferred going old school, and didn’t keep one in their home.

Since we were embracing the full La Cressonnière life (and originally thought we’d only be there for a year), we decided we didn’t need a microwave either.

It took some getting used to. In fact, little June was only 9 months old when we moved to France, and I missed having a microwave to warm up tiny baby portions. But after a few weeks, we formed new habits and didn’t miss the microwave at all.

Then, when we moved here, though The Treehouse came furnished, the previous homeowners weren’t microwave users. So once again, we were in a microwave-less home. And since we were out of practice using them, it didn’t occur to us to buy one until recently.

This made me wonder: is there a “modern convenience” that you currently live without? I’m thinking of things like dishwashers, laundry machines, microwaves —maybe even Kitchen Aid mixers and toaster ovens. And if you had to choose, which one could you absolutely not live without?

For me, laundry in my home is essential! Second, would be the dishwasher. We’ve had a dishwasher in our home since we first moved to New York in 2001 — it would be hard to give it up. In fact, the dishwasher here at The Treehouse broke within a week of moving here (it was from the 80’s and on its very last leg), and we had it replaced within the month. We missed it too much!

As for other “modern conveniences”, I’m pretty flexible. I can live without a microwave. And I’ve never actually owned a stand mixer (shocking, I know. Hah!).