Yard Games: Bocce Vs. Petanque. Which One Do You Prefer? 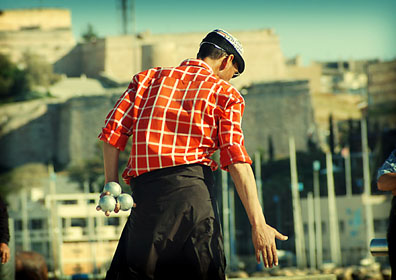 During our Memorial Day bar-be-que, some of the guests gathered in a corner of the yard for a game of bocce. I love this game. Actually, I really know very little about this game, but I think the equipment is probably the most beautiful of any sport, and therefore I’m a big fan.

I was first introduced to the game under the name petanque by my brother-in-law Mark Sabey. He walked into the yard with a worn bucket full of heavy, etched, metal spheres and I quickly made a mental note that a petanque set needed to go on my wishlist asap. 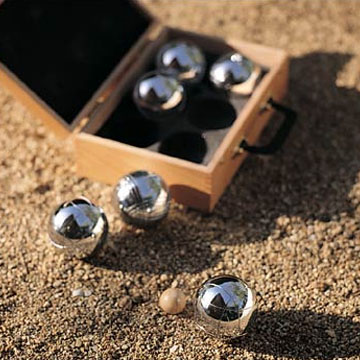 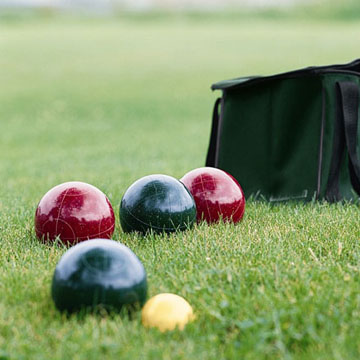 After the initial introduction, I started seeing bocce sets all over the place and eventually figured out they were the same thing. Or sort of the same thing. From what I understand, bocce is the Italian name for the game, and petanque is the French name. Bocce balls are traditionally red and green and much bigger than the petanque balls, which are metallic silver. (If there are other big differences and I’m making a big sport faux-pas here, my apologies.)

This is a perfect yard game. Great for all ages, and really easy to involve the kids. You kind of meander around the yard as you play which is lovely. You can find sets pretty much anywhere — here’s a good-looking bocce set, and a handsome petanque set.

What I really want is an aged, metal petanque set like the one that captured my heart initially. I guess that means we need to get playing!

P.S. — The most charming video of petanque in action in Normandy, France.