Accidental Family Traditions — And the Big Island of Hawaii 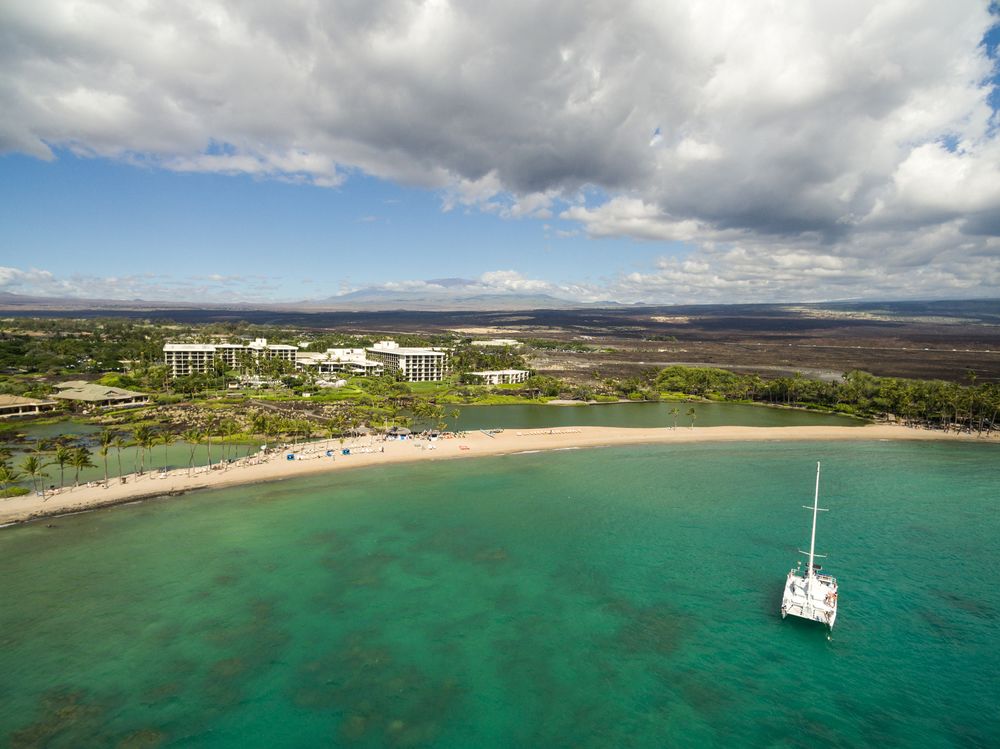 Do you have any accidental family traditions at your house? The kind of thing you did once, not necessarily intending to repeat it, and then one day realized it was like a major tradition in your family? A tradition that no one would even think of skipping?

I would say most of our family traditions are intentional — like breakfast in bed on birthdays, or acting out the Nativity story on Christmas Eve. But if I thought about it for a minute, I’m sure I could come up with lots of accidental family traditions. The one on my mind today is our 12th birthday tradition.

For our 12 year old birthday celebrations, instead of doing a party, we’ve ended up taking a little trip, with just a parent and the birthday kid. For Ralph’s 12th, we took a little trip to San Francisco (this was before we ever thought of moving to the Bay Area, and he had never been before). For Maude’s 12th, we had just moved to France, so Maude and I took a ferry to England and saw Wicked in London. For Olive’s 12th, we had just moved to Oakland from France, and couldn’t handle a big trip, so she chose a Taylor Swift concert in L.A.. Ben Blair drove her down and she had an amazing time. It was her first big concert. When Oscar turned 12, we happened to find a really good deal on tickets to Iceland, so Ben and Oscar bundled up and had a great time exploring.

Though it started accidentally, it’s turned out to be a really terrific family tradition. The chance for each kid to get a one-on-one trip with either Ben or me is pretty darn great — for the kids and for us as parents. And our kids look forward to their 12th birthday trips for years.

Now it’s Betty’s turn. Her 12th birthday is in one week, and we’re headed to Hawaii! Just like with Oscar’s trip, the destination for Betty was determined by the best ticket prices we could find. Happily, a couple months ago there was a super sale to Hawaii on Alaska, so we grabbed 2 tickets and surprised Betty.

We haven’t had much time to plan an itinerary, but we have done a couple of searches and our shortlist of things we want to do is:

– Visit the Volcano National Park and see running lava.
– Go on a night swim with Manta Rays.
– Take a surfing lesson.
– Go to a Luau.
– Go snorkeling.
– Hang out on the beach and order fancy drinks served in coconuts.

Have you ever been to the Big Island? Do you have any tips for us? Our hotel is on the west side of the island, right on the beach. We’re wondering if we need to rent a car to get to the volcano area, or if we can just get an uber. We’ll find out! If you’ve got advice, we’re all ears.

How about you? Do you have any accidental family traditions? And do you ever get mixed feelings about traditions?

Mostly, I love how they give meaning and structure to our family life, but every once in awhile I find traditions limiting, and feel a little trapped. Know what I mean? I’d love to hear your own family traditions — especially the unplanned ones that have turned out to be wonderful. And I’m also curious if you have any traditions that you’ve said goodbye to because they no longer made sense for your family.