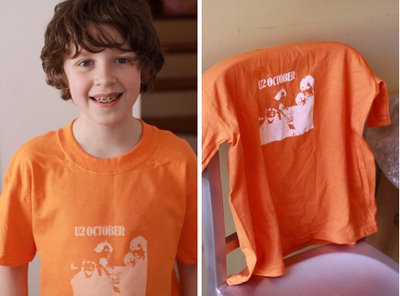 We used the Yudu screen printing machine (found here) to make t-shirts featuring a favorite album cover from my youth. 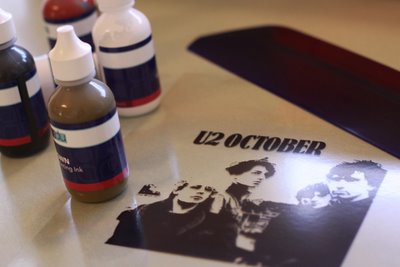 We took an early U2 album cover and used Photoshop to make it a black and white bitmap image, then printed it out on a transparency. 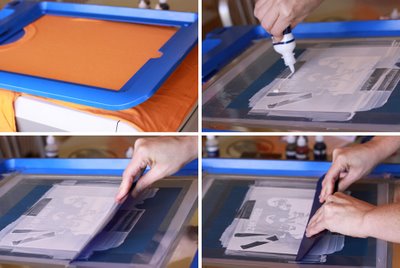 Use the Yudu to Burn the Image and Print

Next, we simply followed the directions which came with the Yudu. This involved burning the image into our screen (the light is in the Yudu machine — no extra equipment needed), the stretching out the t-shirt, placing the printed screen on top, adding ink to the screen, and scraping the ink across the image.

Have a stack of printable papers nearby for practice and for fun.

We tried different inks and different placements on the tees. And, because it’s hard to stop printing things once you get into the swing of it, we also tried the U2 print on different papers, one of Ben Blair’s tees, and a clipboard that was sitting on the counter. 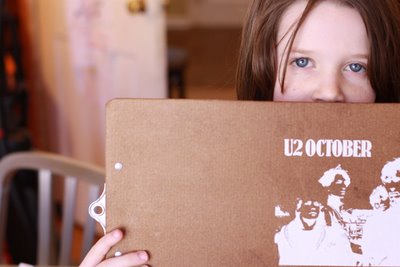 When my son came running down the stairs with every blank t-shirt he owns in his arms, I knew it was time to shut it down — before everything we owned was covered in the U2 October album cover. 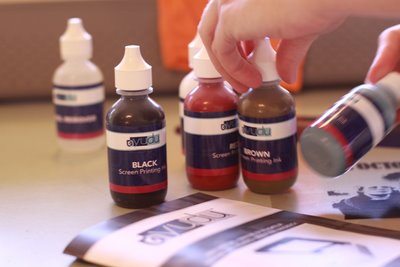 Years ago, we tried to set up a screen printing space in our basement utility room, but dealing with the emulsion chemicals and figuring out a good light to make the exposure is tricky. The Yudu solves both of those problems. Everything you need to get started comes with the machine.