What Did We Do Before Video Chat? 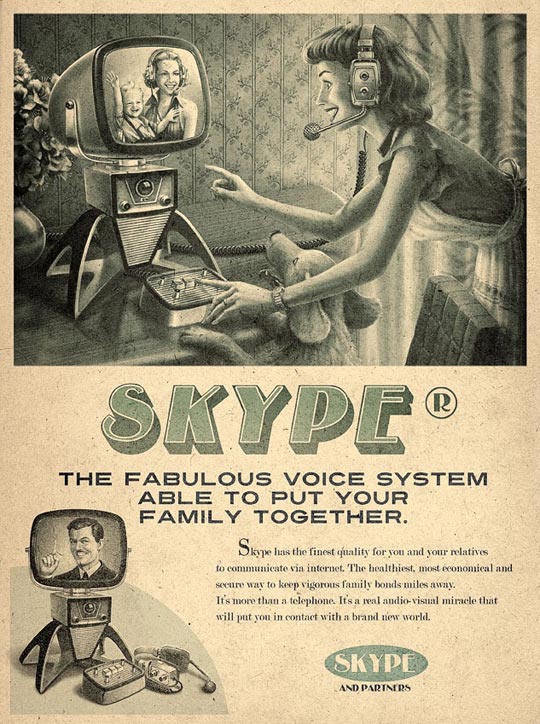 Hello, Friends! As I’ve mentioned one thousand times, we’re trying to make a year abroad happen for our family. Someone asked: what kind of apps (if any) our family will use to make the transition easier.

There are a bunch, but the first one I thought of is video chat. We typically use Skype when we videochat, but there are lots of other options out there.

We are huge videochat people at the Blair house. We use it every single day. I talk with my sister in San Francisco while I work, and when my mother was living in Russia last year, we would chat all the time — I could ask her for advice or recipes as often as if she was stateside.

It is stunning to me what a difference videochat makes in keeping connected. Ralph was 11 years old when we moved from New York. There’s a pretty slim chance that he would have written letters to or consistently called his New York friends. But they videochat all the time. It’s not quite as good as an actual playdate, but it’s pretty darn close. Especially at Ralph’s age (now 13), when legos are no longer the thing, and you really just want to hangout with your buddies. I can say quite confidently that Ralph’s friendships from New York would have died pretty completely over the last year and a half of living in Denver, if Ralph wasn’t a videochat user.

So. Whenever the kids get nervous, thinking about leaving their friends and moving to another country, we reassure them with the promise of videochat. And it works every time. Because they’ve tried it. And they know from experience it keeps relationships with faraway friends and cousins fresh and real.

We’re setting up videochats with their social studies and language classes at the middle school. We’re making sure their friends open chat accounts before we move — so they can test things out and see how easy it is. The kids are actually quite excited about it at this point and I’m happy that we live in the era of the Jetsons.

What about you? Have you ever tried videochat? Doesn’t it seem like the one thing that was predicted when we were little kids that has actually happened?