Is This Long-Standing Scouting Tradition Ruined? 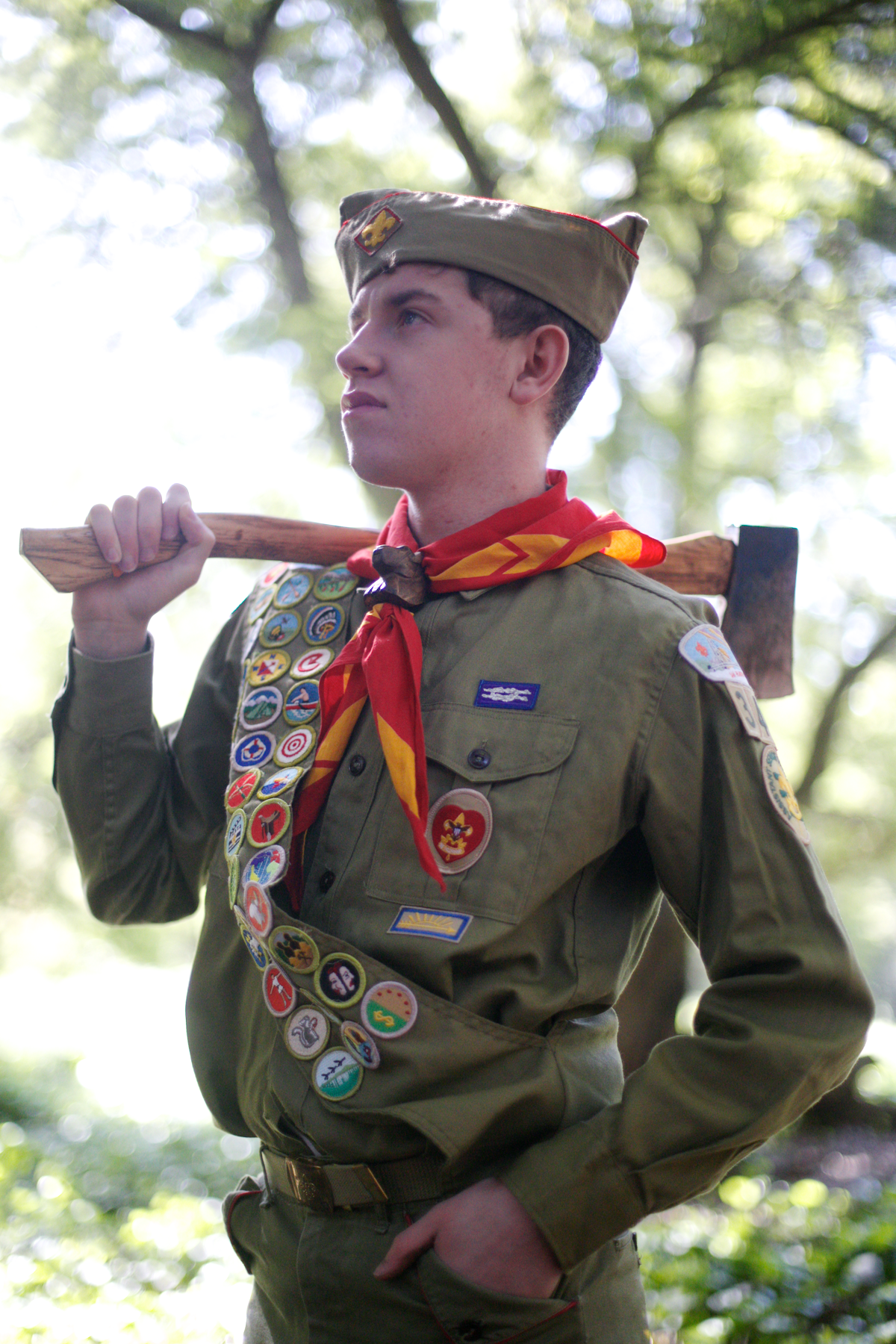 I’m getting lots of emails from Design Mom readers who want to discuss the President’s remarks at the National Boy Scout Jamboree. I’d like to discuss this topic too. For those who aren’t sure what I’m referring to, it’s this: The Boy Scouts of America organization has a long-standing tradition of inviting the President of the United States to speak at their National Jamboree — 10-day gathering of approximately 25,000 Boy Scouts aged 11 to 17 that happens once every 4 years. Sometimes, the President is unavailable, and perhaps the Vice President, or someone else entirely, attends. But sometimes, the President does attend, and this year was one of those years.

That’s not really something to discuss, but his speech definitely is. He went off script, and in my opinion, it got pretty bad. If you don’t want to hear the whole speech, here are the highlights that people found most troubling. 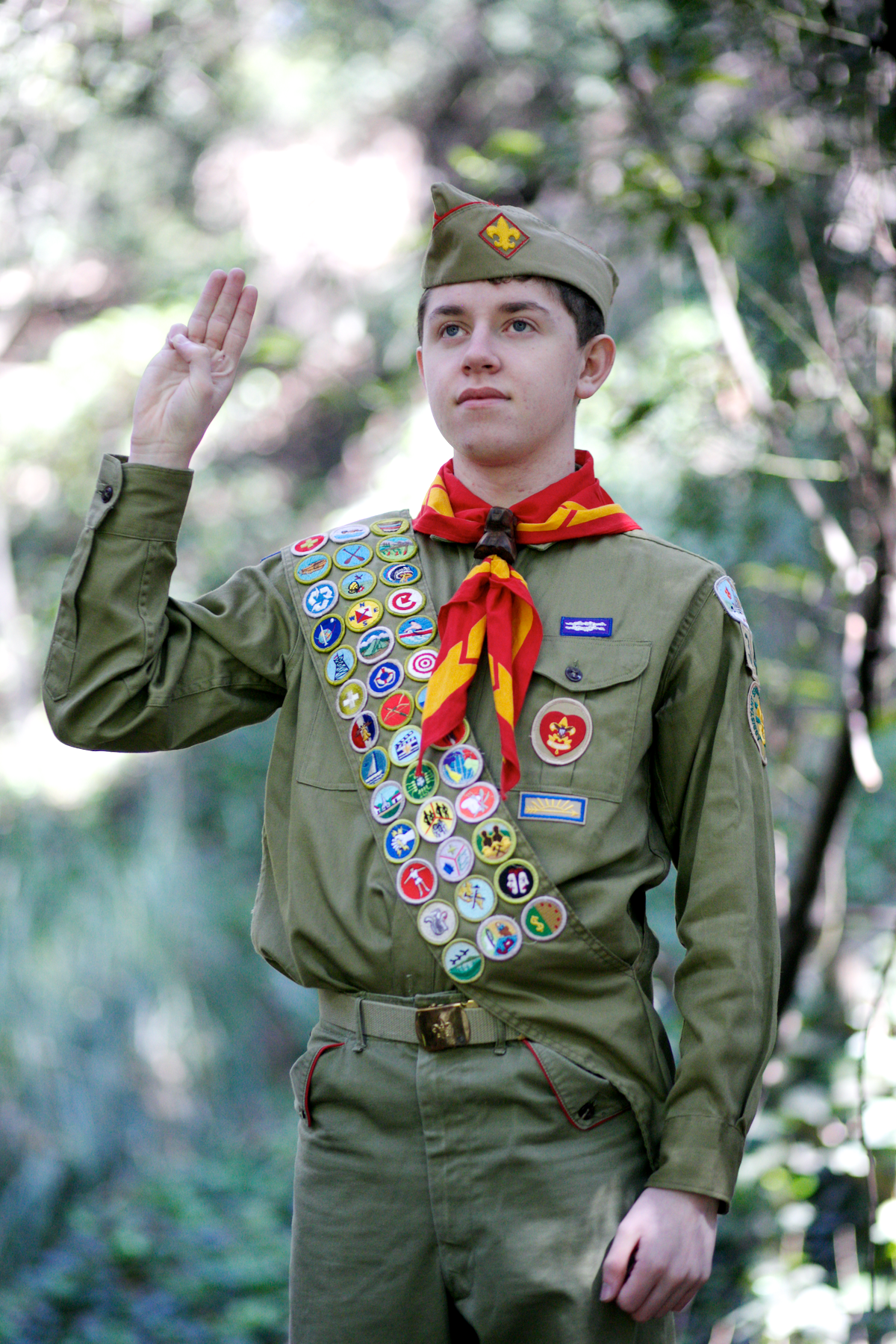 – The language wasn’t appropriate for kids.

– The topic wasn’t appropriate for kids.

– The President politicized the speaking opportunity in deeply awful ways.

– The President attacked the media.

You can read some of the responses from scouting families here and here.

My take? We’re an active scouting family. My 12 year old son, Oscar, leaves to a week of Scout Camp this weekend — in fact, I just ordered a uniform for him from eBay that will be delivered tomorrow. Our oldest son, Ralph, is an Eagle Scout (he’s pictured here). Ben Blair is also an Eagle Scout. I’ve been a Scout Committee Chairperson.

Our original involvement with Scouts came through Mormonism. Scouting has been the official activity for young Mormon men my entire lifetime. As a Mormon, I’ve raised money for Scouting, volunteered my time to help our local scout troops, and generally been supportive. But I should note, that a couple of months ago, the Mormon Church announced that Scouting would no longer be an official church-sponsored activity for boys 14 and older. 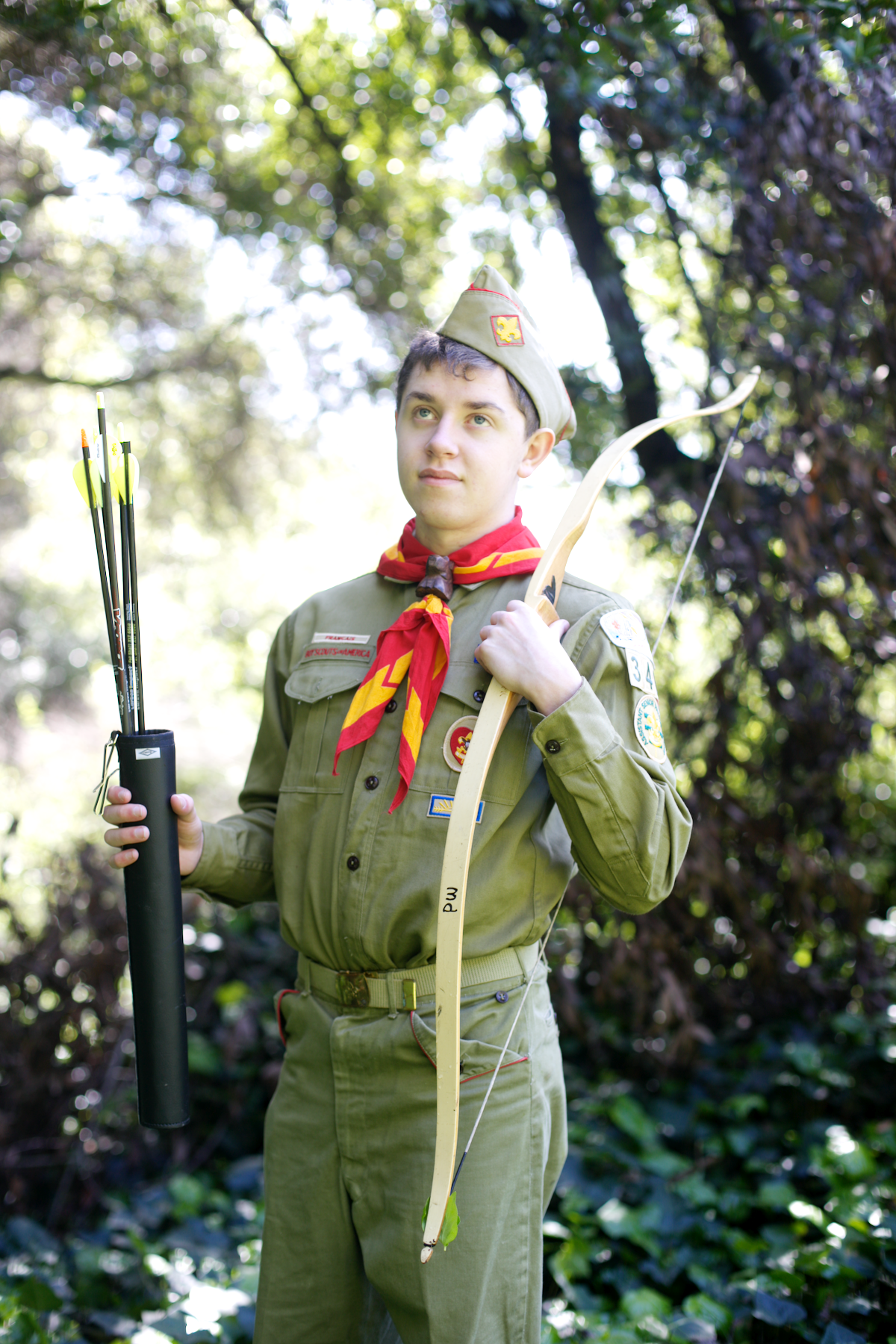 I am happy about that decision, and honestly, I would be happy if the Mormon Church cuts ties with BSA altogether. Though I think Scouting can be great for lots of people, it isn’t a good fit for every young male Mormon, and I don’t like that there are a whole lot of boys who feel forced to participate. Additionally, I have always been frustrated that Scouting requires much, much, more time, resources, and funding than the activities Mormons have for young women in our church. I hate the disparity.

So I’m glad that Scouting and Mormons are attempting a separation. That said, my 12-year-old son, who is still a Scout, is way into it. And even if the church cuts ties with BSA completely, it doesn’t mean that we as a family will cut ties with BSA.

I can also say that as an active Scouting family, I’m sadly underwhelmed and disappointed at the response to the speech from the Boy Scouts of America organization. Everything they’ve said so far, has been so lukewarm and wimpy. I think nothing less than a big, bold, denunciation will be enough.

On our local NPR broadcast this morning, area Scout leaders were invited to talk about this topic. Someone on the broadcast mentioned that the BSA is in a bad position. If they don’t condemn the speech, they are giving the impression that politicizing their Jamboree is okay. If they do condemn the speech, they fear repercussions. Apparently, the President of the BSA, Randall Stephenson, is also the Chief Executive of AT&T, and currently, a big AT&T merger is under anti-trust review by Trump’s administration. If Stephenson apologizes to Scouting families for the speech, will the merger be punished?

I don’t know anything about the merger and don’t currently have an opinion on it, but I hate that fear of Trump would in any way prevent the BSA from doing what’s right.

What’s your take? Do you have thoughts on the President’s speech to the Boy Scouts? Does the speech, or the organization’s response, make you less likely to participate in Scouting? Do you think the tradition of inviting the sitting President to the Jamboree should be discontinued? Is the tradition ruined now? If the Scouting organization had ignored the tradition, and hadn’t invited Donald Trump, do you think he would have noticed? Was he even aware of the tradition? Could this whole thing have been easily prevented? If you are a Trump fan, did this cross a line for you? If you’re a Scouting family, have you talked to your kids about the speech? I’d love to hear.