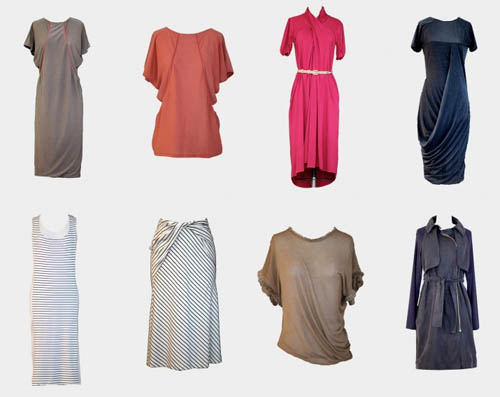 I’ve been exchanging emails with Tamar Daniel over the past few months and I have such a crush on her!

She was born in Jerusalem, raised in London, and schooled back in Israel at the prestigious Shenkar College. After college, she interned in London at everybody’s favorite, TopShop. Then, while there, Anthropologie sought her out to design their knitwear, so she moved to their headquarters in Philadelphia. And now she’s launched her own line (called TMRDNL) that’s made entirely in New York City. She’s so rad! 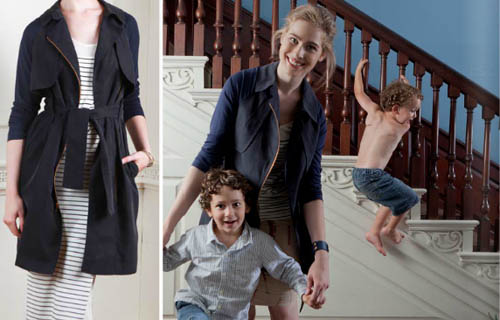 Tamar’s line is actually designed especially for mothers. Tamar says she watched her formerly industrious, stylish, put together friends lose steam with their fashion when kids came into the equation. So she created a line that transitions from boardroom to playgroup to date night and back again as seamlessly as mothers do.

In this video she says: “I want to make clothes that make you FEEL like you’re in you’re pajamas, but make you LOOK like you’re in a really hot new dress.” Doesn’t that sound perfect! She gets it, because she’s a mother herself. (Plus, how great is her accent?!)

TMRDNL is definitely a line for those with deep pockets — I’m picturing my friends in New York who work at investment banks, big law firms, and fashion magazines investing in these pieces. But whether you can afford them or not, I’ve found such inspiration in Tamar’s story and the thinking behind her line, and thought you’d love some inspiration too!

How about you? Any new crushes lately? Who’s inspiring you?

P.S. — I’ve seen this dress in person and it blew my mind. It was jam-packed and scrunched into this little box and popped out ready to wear. You could pack it for a trip around the world and you wouldn’t need another thing!