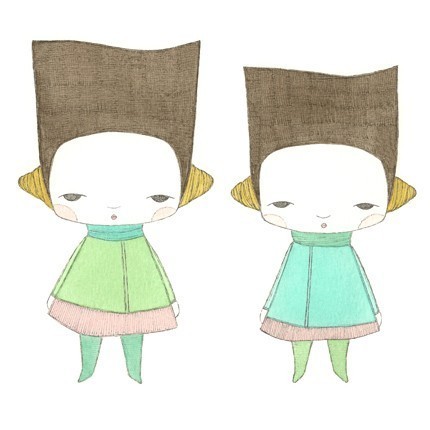 Forty-one years ago this May, a beautiful twenty-one year old woman gave birth to a healthy, pink baby girl in a hospital in Durham, North Carolina. The delivery was a tough one — but not due to medical complications.

The young woman who made that difficult choice so many years ago is my mother. Eventually she married the soldier after his return from Vietnam. And he is my father. But the baby girl born in Durham, North Carolina is not me.

A Second Birth:
Growing up as an only daughter sandwiched between two brothers suited me fine. Instead of boohooing about not having a sister, I chose to develop and maintain lasting friendships with women from all walks of life and embrace my seven sisters-in-law. In each of them I have found sister spirits who have walked with me along my journey.

Then one night a year and a half ago, my parents gathered me, my two brothers and our spouses together at their home for “a meeting”. They began by expressing great love and appreciation for us. Their words were carefully chosen and their gratitude was evident by the tears that rolled down their cheeks. Next, they handed each of us large manila folder, asked us to read its contents, and promptly left the house. Confused and intrigued, we began reading.

What happened next is one of those life moments that is hard to recapture in writing or even in words. In the folder were a series of remarkable letters detailing the birth, adoption, search and eventual reunion of a daughter with her birth parents — MY parents. From us, her existence had been kept a secret for forty years. The reality of this secret, of her life, became etched on our hearts as we watched a DVD filled with pictures of another daughter — one who bore a remarkable resemblance to me.

Five days later, this daughter walked through the door of OUR parents home and I knew instantly that the words on the pages, the face in the pictures and this person standing in front of me all were beautifully encapsulated in one word: SISTER. On that day, to me, (though she was almost forty years old) she had just been born.

The Last Birth:
That God would choose to give me a life with my sister after thirty-five years was a miracle I sometimes struggled to understand. Weaving her threads into the already complicated tapestry of my life took effort and was not always without pain. At the same time this all occurred, my husband and I were also dealing with a very personal struggle — three years of unexplainable infertility and miscarriages.

After exploring many options, we had finally come to the conclusion that our family must be complete despite lingering feelings to the contrary. We moved on, enjoying the three children we already had, while insulating our hearts from the sorrow, disappointment and sense of failure our decision had left with us.

Then one sunny Fall day the unimaginable happened: a pregnancy test gifted us with a pink line and even more unimaginable, the pregnancy decided to stick!

My sister rejoiced with me in the happy news. She sent me darling maternity clothes and called frequently to see how I was feeling. She even flew out to be at my baby shower. I felt prompted to ask her if she would like to be present at the baby’s birth and she readily agreed. A little less than a week before I was due to deliver, however, her grandmother passed away and we realized that our plans were not to be.

The night before my scheduled induction I went to my parents’ house for a “Last Supper”. Minutes after my arrival, my sister walked through the door surprising me. I was suddenly reminded that after missing a lifetime of ‘life events’, she would do whatever it took to be present for such an occasion.

My son was born in the early afternoon the next day. My mother, sister and two sisters-in-law were there as cheerleaders of my effort. As my husband held my hand, I sobbed tears of true joy when sweet Oliver’s tiny body was placed in my arms for the first time — thinking of how long we had waited to call him ours.

But my tears were also for my mother. The woman who had just lifted my shoulders with each round of pushing — who forty years earlier had been in a similar room doing the exact same thing in order to give birth to my sister whom she would have to let go.

For one brief moment as I looked into both of their eyes, I could see that it had all come full circle. Birth, pain, joy, sorrow, loss, grief, joy, birth, forgiveness, love. And I felt myself tied to these other two women, my mother and my sister, forever.

It is one of the greatest gifts I know I’ll ever be given.

From Samantha Lee of Compound Eye of a Dragonfly.
Copenhagen Sisters drawing by Tollipop.