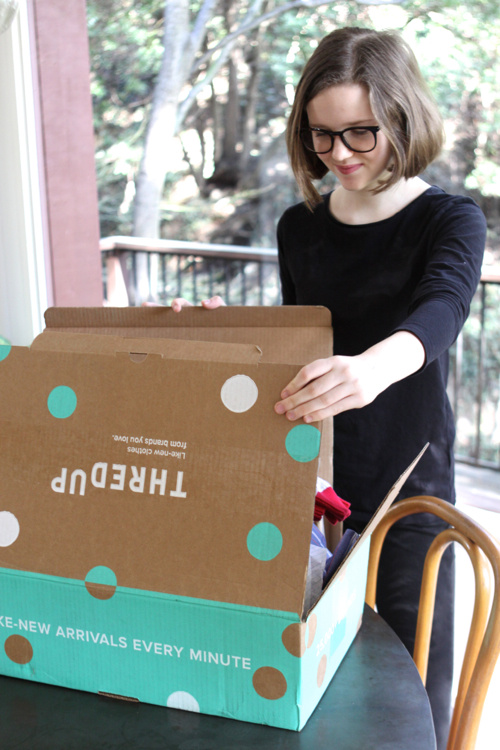 Years and years ago, a tiny startup called thredUP reached out to me. They were trying to create a new, easier-to-access place to buy and sell high quality secondhand clothing. I thought their idea sounded really interesting! And I wrote about them here on Design Mom. Then somehow, they ended up falling off my radar. Cut to a couple of weeks ago when they reached out again. But now, instead of being in startup mode, they are a thriving company helping thousands and thousands of customers find awesome deals, while lightening their family’s carbon footprint with every order! 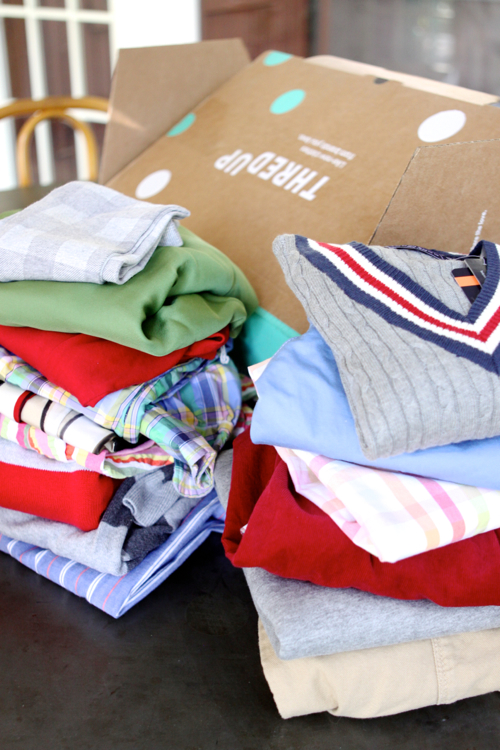 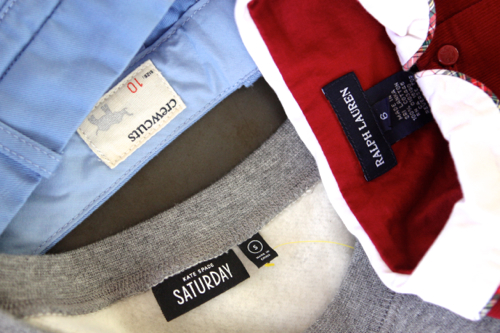 I’m super impressed with the organization they’ve built. thredUP is the best resource I’ve come across for women’s and kids’ high-quality secondhand fashion. It’s like a well curated online consignment store with a range of like-new brands — brands like Madewell and Zara and Kate Spade — always up to 90% off the original retail price. 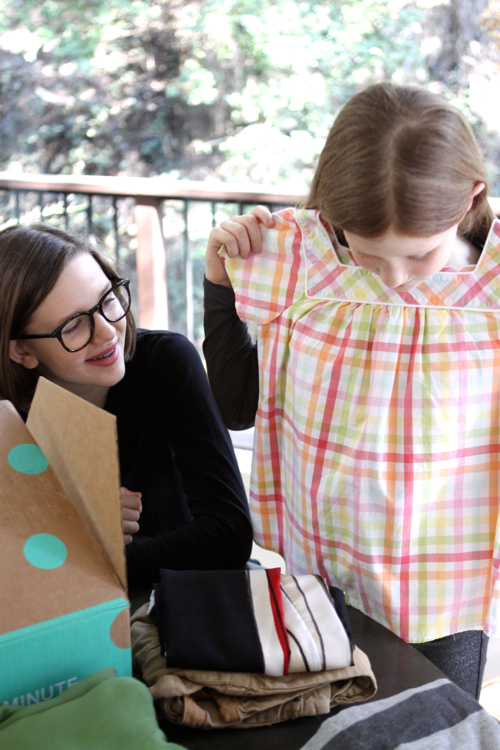 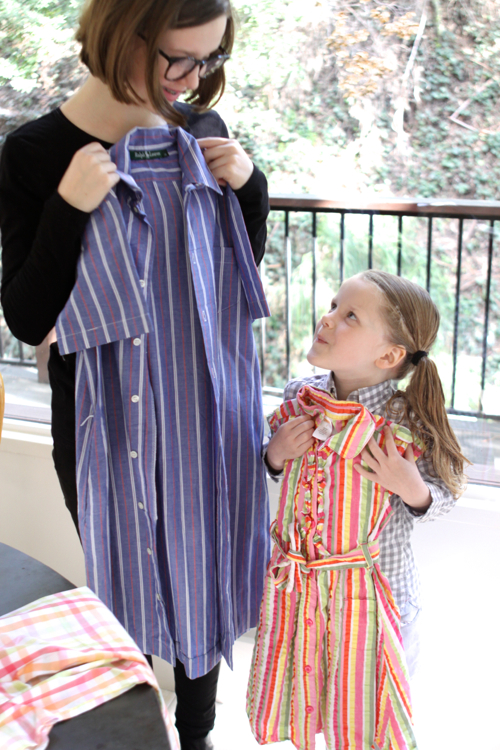 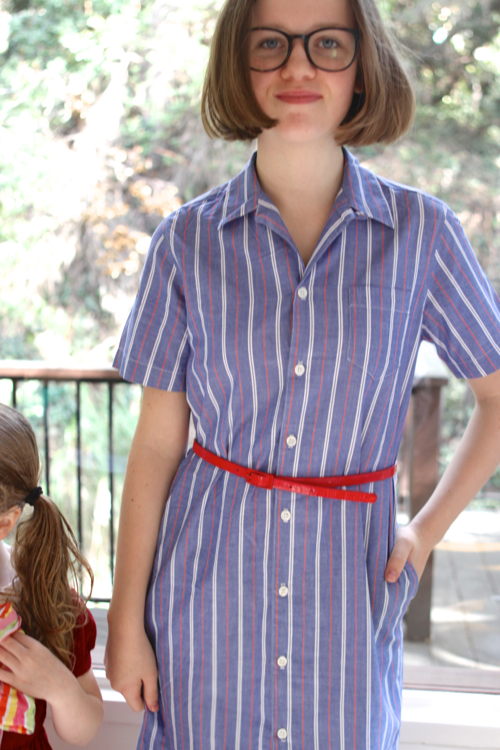 I was so excited to place my first order. And it was every bit as satisfying as they promised! The adorable polka box showed up on my doorstep and I saved it until the kids got home from school, because I had ordered pieces for June, Betty, Oscar, Olive, Maude (and even a little something for me!), and I knew they would have fun opening the package. 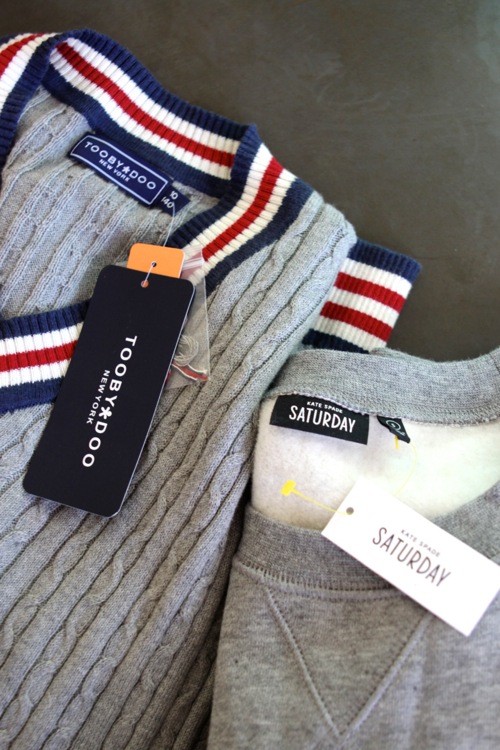 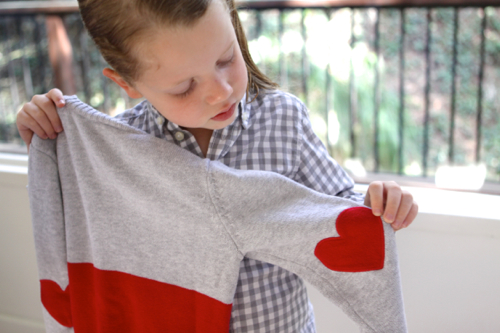 Everything was neatly folded and wrapped in tissue, and I kept thinking the packaging was comparable to high-end online boutiques — it definitely did not give the impression of secondhand clothing. There were even two pieces that still had their tags! The major feeling I had as we emptied the box is that it felt bottomless, because there were so many pieces of clothing. I spent $230 and there were 15 items in the box! 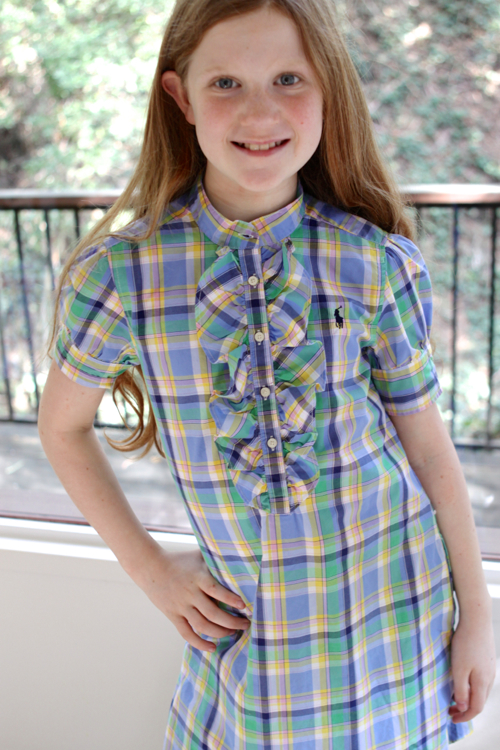 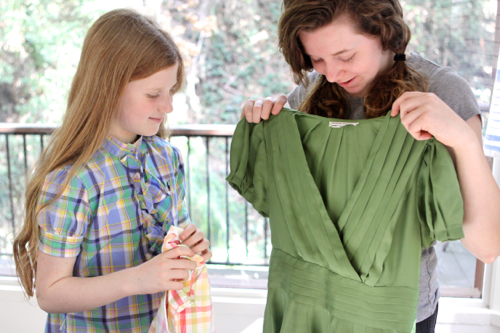 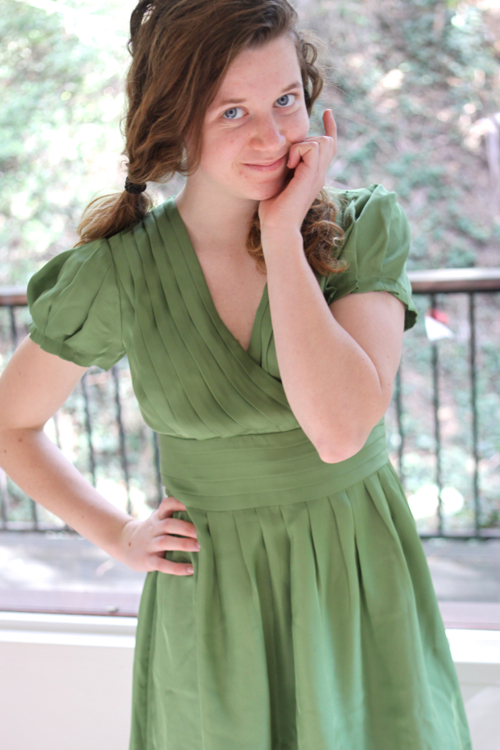 The brands are names you know and trust. There were pieces from Ralph Lauren, Crewcuts, Kate Spade, Gymboree and Banana Republic, even a gorgeous dress from Theory! 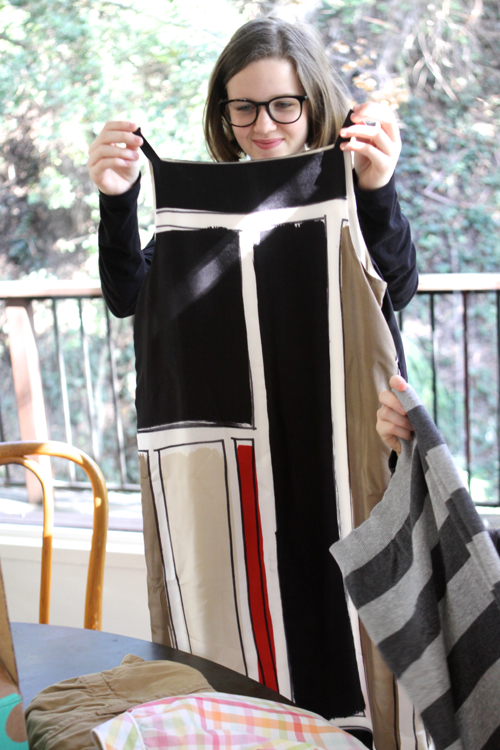 I have to tell you, Theory is one of my favorite lines, but they’re pricey, and shopping at Theory often feels like a too-big splurge to me. So to get this dress (the one Olive is holding above, that looks like it’s been painted) for $45, when it would normally retail for something like $400, felt like such a score! There really are a ton of bargains to be found on their site. In fact, thredUP has saved shoppers more than $40 million compared to what they would spend buying new!

thredUP has a TON of merchandise, because they get new items every minute. Which reminds me: you can also use thredUP to get rid of your own clothing! If you have pieces you don’t wear anymore, simply order a thredUP Clean Out Bag, fill it with the items you no longer want (tip: consult their website first to see what they do and do not take, and what the payout is), then place the bag at your front door for pick-up. It literally could not be easier to get rid of the things you no longer want in a responsible way. Not joking. As of the end of 2015, there have been 14,009,055 items upcycled using thredUP! 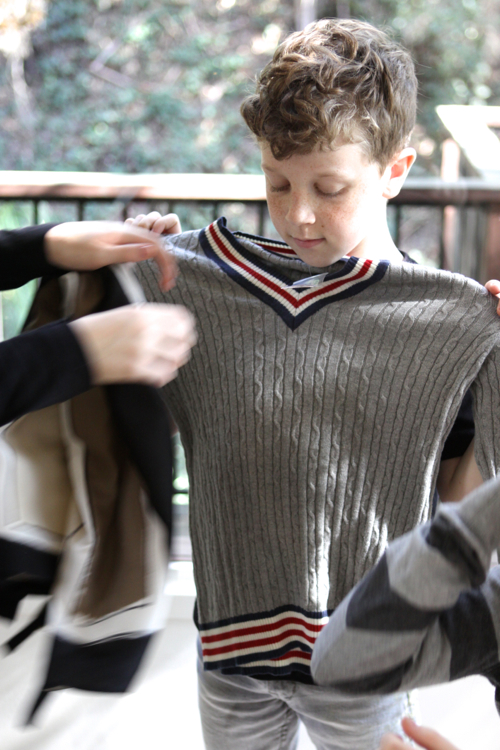 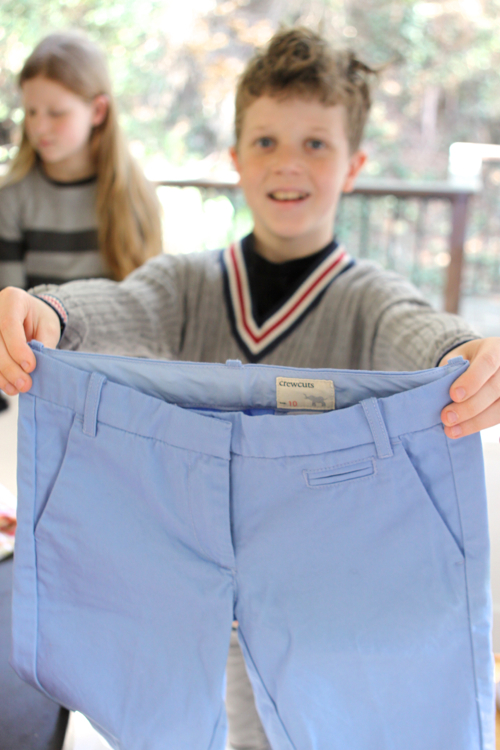 With all those items, I confess, I was intimidated at first and thought it would take forever to dig through everything on the thredUP site, but it wasn’t like that at all. They have really easy search functions — you can toggle by brand, size, and color. Let’s say you need a one-shouldered yellow cocktail dress. Well, their search functionality makes it totally possible for you find one. 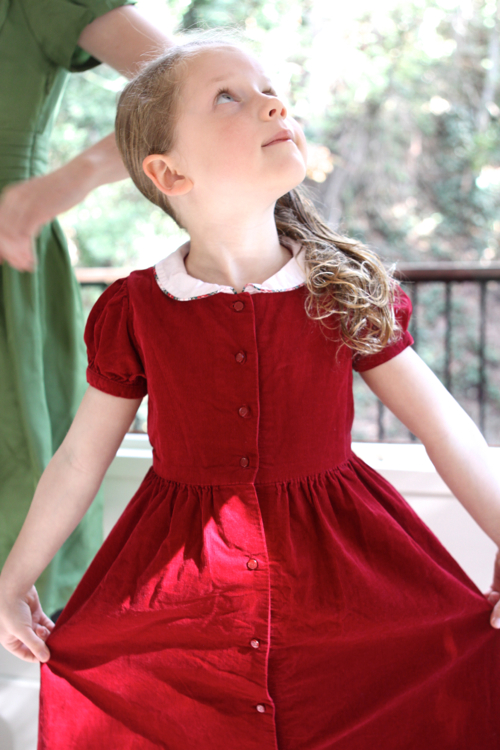 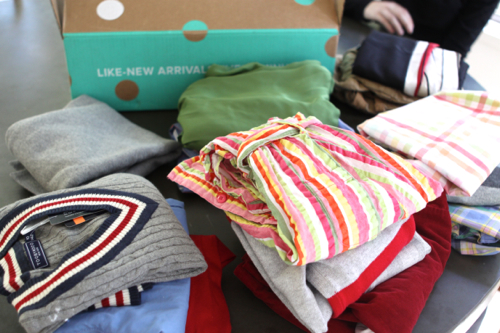 If you’d like to give thredUP a try, I’ve got a generous discount for you! The first 100 Design Mom Readers to use the code DM40 will get 40% off their entire order! With the low prices on thredUP, plus that big discount, you’ll be able to stretch your clothing dollars much farther than you thought.

P.S. — Note: the code is valid only for first time shoppers, and the discount maxes out at $50. Have fun shopping!