The Year of the Period 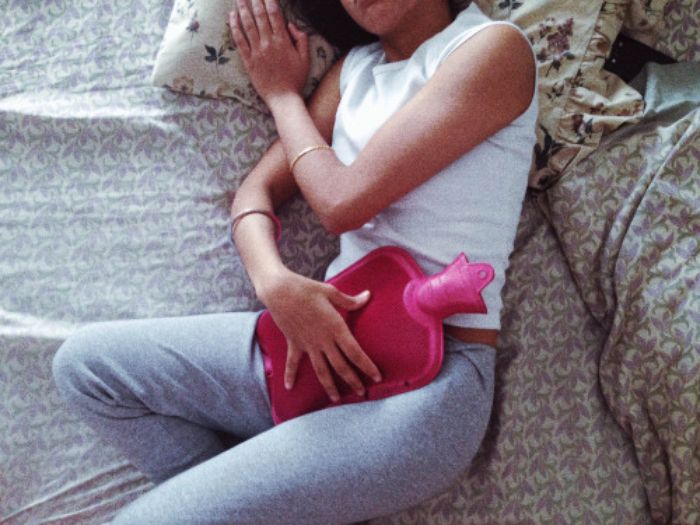 Did you see today’s Newsweek article about periods? It covers a range of ideas, but one of the big themes is how people are actively trying to change the long-standing historical stigma around periods. I was going to include the article on this week’s link list, but then decided it really deserves its own post.

There’s so much to discuss in it! A few quotes:

“For something that has over 5,000 slang terms (shark week, Bloody Mary, red wedding), the period is one of the most ignored human rights issues around the globe—affecting everything from education and economics to the environment and public health—but that’s finally starting to change. In the past year, there have been so many pop culture moments around menstruation that NPR called 2015 “the year of the period,” and Cosmopolitan said it was “the year the period went public.””

“Across the U.S., you can buy food, doodads and necessities without being taxed: Pop-Tarts in California, BBQ sunflower seeds in Indiana, Mardi Gras beads in Louisiana, Bibles in Maine and coffins in Mississippi. But in these and 35 other states, menstrual products are taxed anywhere from 4 to 10 percent.”

“In rural India, one in five girls drops out of school after they start menstruating , according to research by Nielsen and Plan India, and of the 355 million menstruating girls and women in the country, just 12 percent use sanitary napkins.”

While reading it, I teared up several times thinking about girls around the world not having access to basic period hygiene options, and having to quit school because of that.

And I was also super inspired reading about all the innovation happening around periods at the moment. Long overdue in my opinion! I know we discussed period innovation last month, but there were so many companies featured in the article that I had never heard of, doing work all across the globe. I wanted to cheer!

Most of all, it made me realize that I’m holding on to some of the stigma around periods myself. I’ve caught myself hesitating to speak openly if the topic of periods comes up. I’ve gotten better in the last few years — for example, I would never have posted about tampons 5 years ago — as if it was inappropriate or something. But I know I still have a long-way to go. I suppose the “shame” of periods has been ingrained in me for too many years.

This fact really struck home the other day, when the whole family was in the car and someone mentioned tampons, which led to a conversation among all 8 of us, about menstruation. I noticed two things: 1) I had to carefully fight my first instinct — which was to change the subject, and 2) 14-year-old Olive could talk about it super easily, with zero shame or hesitation, which made me happy. It also made me want to commit to letting go of any remaining stigma I’m holding on to.

I hope you’ll read the article, because I’d love your thoughts on it, and I’d also love to know how open you feel about your period. Are you able to talk about menstruation without shame? Maybe only in certain company? If you needed one while out and about, would you ever ask a stranger for a tampon? Do you feel that talking about periods is gross? If yes, what’s the gross factor for you? Do you associate it with “potty talk”? Or are you grossed out by blood (I know it makes some people faint)?

Do you speak openly about periods with your kids? Both boys and girls? If your daughters need supplies, do they whisper it to you discreetly, or shout it out when you’re making a shopping list after dinner? If you have a husband or boyfriend, do they ever buy your period supplies? Would that freak them out? Do you like the more open, practical attitude about periods lately? Or do you wish everyone would stop talking about it already? Do you consider your period a curse or a blessing? A strength or a weakness? Does this whole conversation stress you out, or do you find it empowering?

I look forward to reading your thoughts.

P.S. — Did you see hear about Chance Ward? He keeps tampons in his fanny pack and backpack in case any his menstruating friends might need one. His Facebook post is pure gold. Seriously, go read it.