Text and images by Gabrielle.

The big event at our house this week was watching the grand old stone wall get repaired. Back in December, on the day the Mayan calendar ended, we didn’t wake up to the end of the world, but we did wake to find a section of the wall had crumbled. Apparently, it’s been so wet this winter, that this is happening all over the region. The wall is massive — tall, thick, and sturdy as can be. It was hard to imagine anything being able to crumble it. 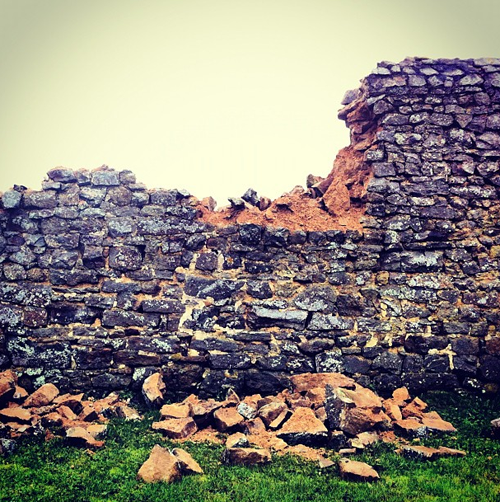 Well, the stone mason arrived earlier this week and each day he steadily repaired the wall. I instagrammed a picture of him working, and the comments mentioned the timelessness of seeing him work. I felt the same way. It was easy to imagine the wall being repaired in the very same manner for hundreds of years. Pretty neat. 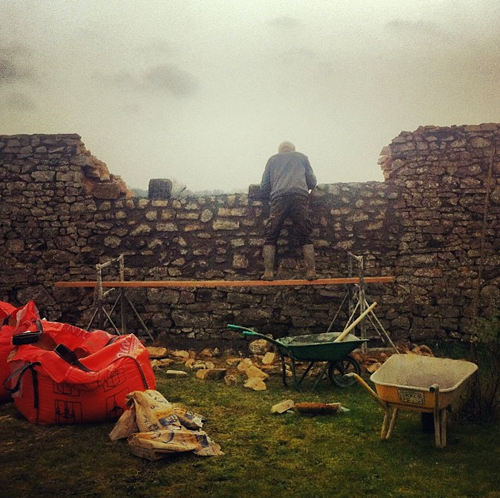 Here’s a photo of the repaired wall snapped this morning: 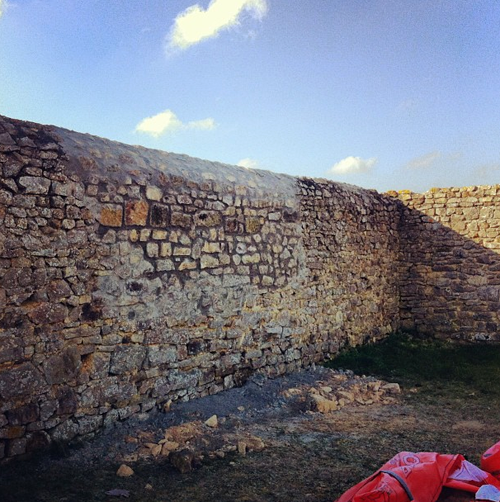 One thing that’s been interesting to observe since we moved here is how well the French seem to be able to maintain traditional skills while modernizing at the same time. A quick example, on the same day the stonemason finished up, a faster internet line was also installed. But more than that, I’m so impressed with their instincts to preserve instead of tear down.

There’s a cathedral in our town (shown here) that was almost entirely destroyed in World War II. We’ve seen pictures of the rubble and that’s not an exaggeration. It was about 80% destroyed! Instead of tearing it down, the community spent 40 years and rebuilt it. And it’s stunning! It’s the jewel of the town now. I’m so glad they didn’t tear it down.

And I’m so glad the old stone wall at La Cressonnière has been repaired, and then repaired again, over hundreds of years. You can’t help but think about the history of this place while you’re here.

P.S. — Ben Blair found these images of the destroyed cathedral.