The Infinite Possibilities to Create 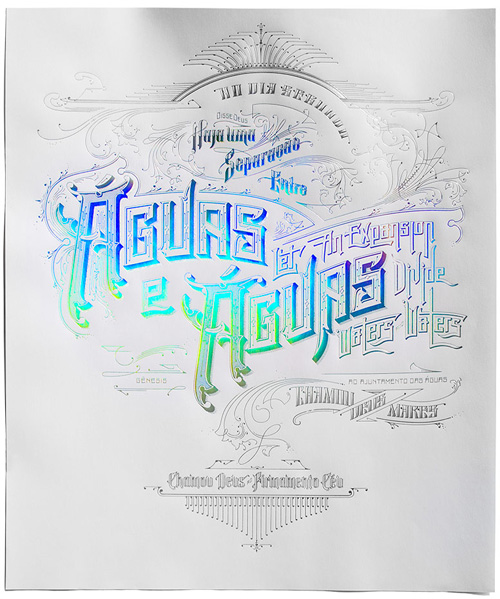 France is 6 hours ahead of the East Coast. Nine hours ahead of  California. Seven hours ahead of Oklahoma City. Most of the time, I love the time difference. It feels good to get up and get my work done while my inbox is quiet and the U.S. is still sleeping. But sometimes, the time change means waking up to heartbreak. The devastation in Oklahoma City happened after I’d shut down my laptop for the night and tucked all the kids in bed.

So I’ve spent the morning reading the news, scrolling through Twitter, and trying to grasp the devastation. Which is impossible, of course. If you’re feeling as helpless as I am, this post by Sarah of Whoorl (she’s an OKC native), is a good place to start.

A few months back, I wrote about a poster series by Kevin Cantrell called Seven Days, referencing the 7 days of creation in the Bible. The first poster was about Light. The second poster just became available, it’s called Águas. The text is taken from the first few verses in Genesis, suggesting the infinite possibilities to create.

That idea — the infinite possibilities to create — was soothing to me today, implying fresh starts and rebuilding. And I hope the idea will be soothing to you too.