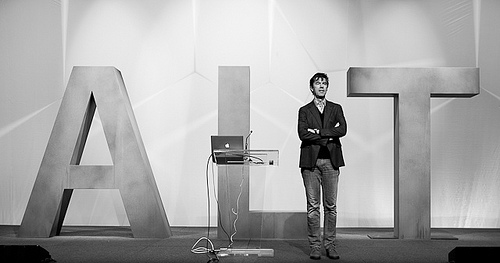 By Gabrielle. Images by Justin Hackworth for Alt Summit.

Alt Summit in Salt Lake City was over 6 weeks ago. And the recaps and reports are mostly finished up. But I still have one or two more up my sleeve — sometimes I want to sit with stuff for awhile before I write it up. Today, I want to tell you about Stefan Sagmeister’s keynote.

It happened after lunch on Friday and it was one of those life-changing presentations that really sticks with you.

When we first announced Stefan as a keynote, I got such a kick out of watching the response on Twitter. Anyone with a graphic design background went kind of nuts, saying things like: What do you MEAN Stefan Sagmeister is the Keynote? or, Sagmeister? Shut. The. Front. Door. 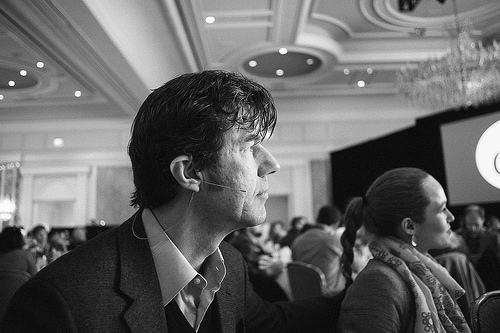 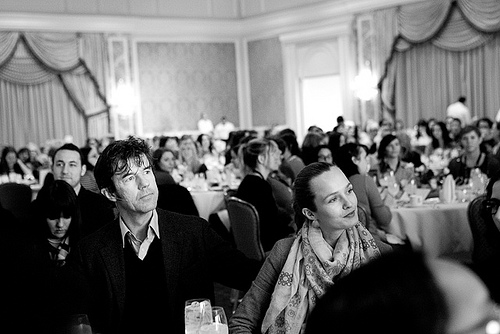 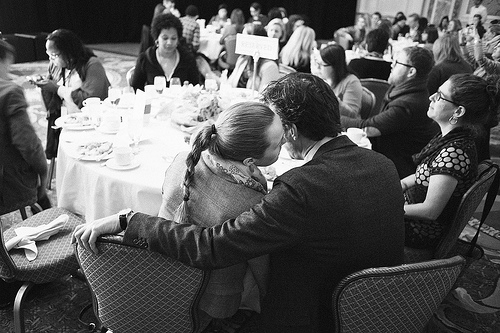 He’s a living legend among designers. And with good reason. He breaks boundaries — like engraving a poster on his chest, or printing a business card on a dollar bill. He consistently pushes for greatness. And he’s just so dang interesting. He’s been at the top of my speaker wishlist since I started organizing speakers for Alt Summit and I couldn’t have been more delighted when he said yes.

Stefan’s current project is a documentary about Happiness, and that was the topic of his keynote.

He’s making a real-life-experience + scientific inquiry of happiness. Learning how taking sabbaticals from his work affects his happiness levels. Searching out proven actions he can take to consistently give himself a feeling of bliss — he said one that he discovered involved a specific way he rides his bike while listening to unfamiliar music and feeling the wind in his hair. He’s finding out how stepping out of your comfort zone, whether that means asking for a stranger’s phone number or asking the taxi driver to turn down the music, has an impact on how happy you are. 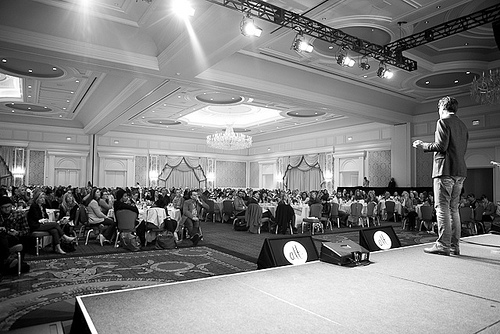 His presentation was so engaging that the audience was simply spellbound. As he was finishing up, he shared 10 minutes of his still-in-progress documentary, and the audience responded with a standing ovation. I won’t be surprised at all to see it shine at next year’s film festivals.

During the Q&A after his presentation, he said something that has stuck with me the most. He said that when he’s happy, he can be of more use to his friends and family.

That just struck me so hard. Learning how to be happy is not even about you or how you feel. Being happy is a way to serve the people around you.

What do you think about that? Does it ring true for you? 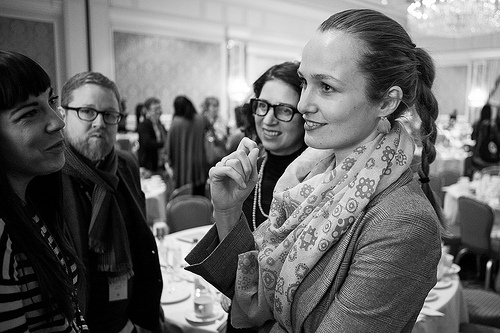 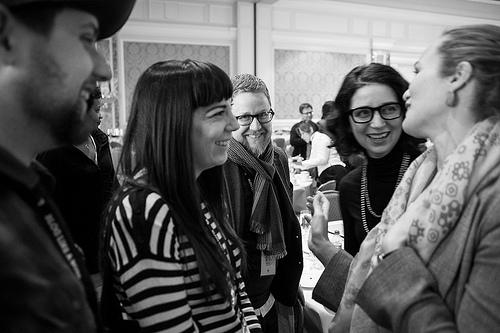 Another major highlight for me was meeting Stefan’s fiance, Veza. I sat next to her during the conference and she kept whispering funny things to me and making me laugh! She’s smart and sassy and confident and lovely in every way.

What a treat to meet them both! 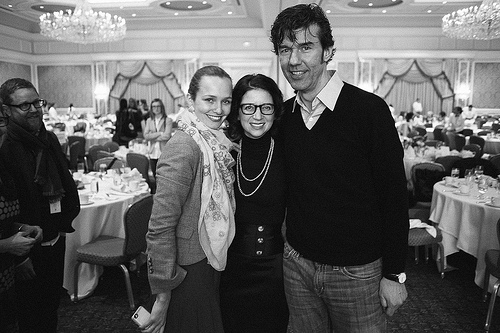 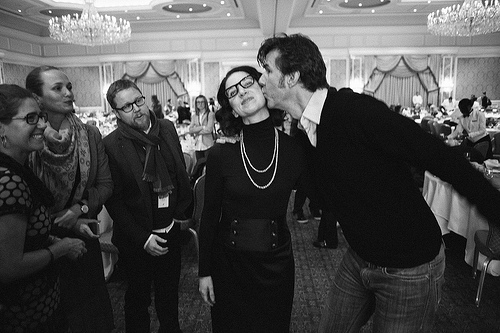 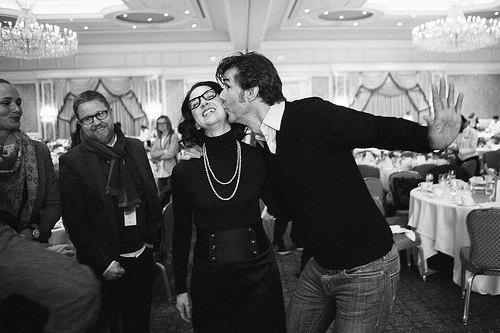 One more memorable part: At the beginning of the talk, Stefan asked the room how happy they were — he had attendees raise their hands as he highlighted different parts of a happiness scale. The room was very, very happy. According to Stefan, unusually so. But I wasn’t surprised. Alt Summit is a happy place. Sarah Bryden Brown once said about Alt: If it was a city, I would move there.

After his talk, Stefan and his fiance spent time interacting with (and kissing!) attendees — you can imagine there was a long line of people who wanted to talk to one of their design idols. Stefan and Veza attended afternoon panels, and they even went to the Mini-Parties that night and totally danced it up! Both Stefan and Veza commented that the Alt crowd was like nothing they’d ever seen. The positive energy at the conference was so palpable. The joy was through the roof. 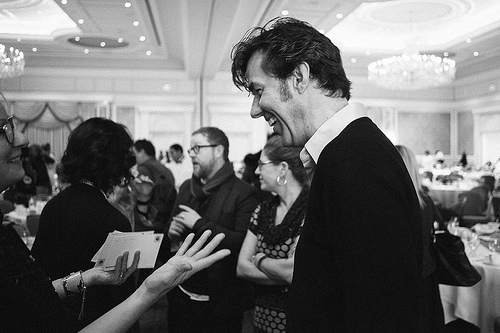 As one of the conference founders and organizers, I thought that was the best compliment ever, and all the more powerful coming from one of my idols.

P.S. — The first person I told when Stefan Sagmeister said yes, was Laurie Smithwick, because I knew she would be over the moon about it. She did a fantastic job introducing him at the conference, and I love this picture of Laurie and Sagmeister! You can find more images from Stefan’s keynote at Alt Summit here. 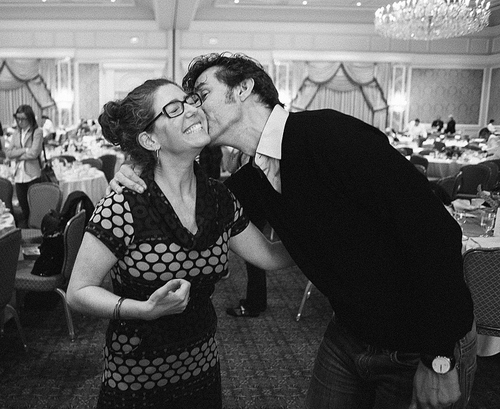