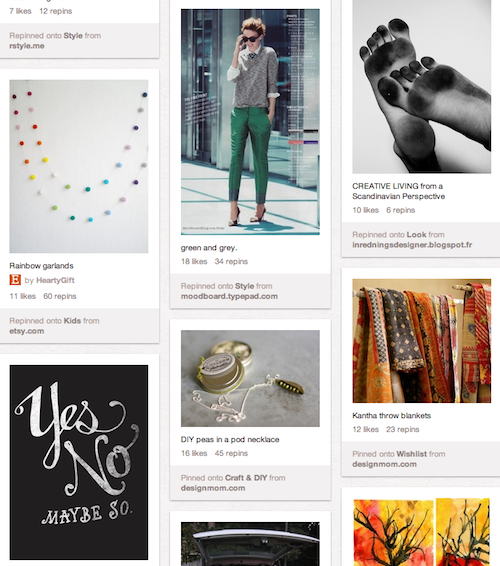 When Ben, the founder of Pinterest, spoke at Alt Summit last year, this was the big question he was asked: When will you introduce private boards? And they’re finally here! Private pin boards! Ben and his crew are handing them out like candy — three for each of us — so if you haven’t found them yet, they’re waiting patiently at the bottom of your profile. Go see!

Some of you might be wondering what’s the big deal about private boards. Well. I know I’ve filled folder after desktop folder with images and ideas I want to use someday, inspirations for plans I’ve not yet even whispered to Ben Blair, and a variety of other personal brainstorming bits that are for me and me alone. Do you do the same thing?

Now, all your best creative sparks can live in one spot. Even your secret ones. I’ll be using mine for a future cottage renovation (if we can ever decide on a place!), for planning events, and for tracking possible blog content. What will you use your three boards to keep private? I promise I won’t tell!

P.S. — Are we following each other? You can find me here!