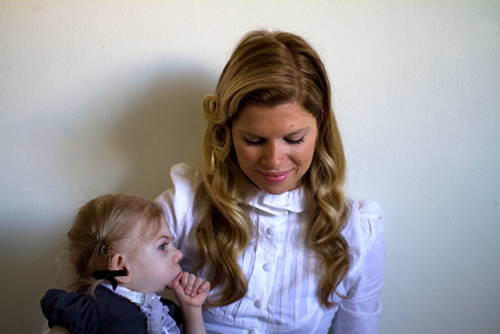 I guess the real uniqueness of our story started around 17 weeks in my pregnancy. During our “You’re having a ____” ultrasound, the focus was instead on a small sac of fluid found on the back of my wee babe’s neck. Something that isn’t itself very serious, but nearly 100% of the time means there are other problems. From then on, it was test after test….an amnio, an MRI, blood work, Fetal Echos and ultrasounds 3 times a week until the day I delivered. Some of the ultrasounds lasted around 4 hours with different people coming and giving it a go to try and see or make sense of what others couldn’t. They knew what a few of the problems were, but she was still too small to be able to see everything. I have never known anyone who has been able to have three ultrasounds a week for most of their pregnancy. I thought it was pretty rad. Um rad, but seriously it mostly sucked….

When I was 31 weeks, I woke up my husband in the middle of the night and told him that I couldn’t remember feeling the baby move for several hours and that the doctor on call told me to get checked out. My husband still half asleep muttered “we have a really good parking spot, this better not be for nothing”. Before you think he is a total jerk, keep in mind that we live in Manhattan. There, that explains it, right?

When we arrived I got a steroid shot “just in case of early delivery”, and had to stay at the hospital for 24 hours to get the second round. I still had no idea that I would be delivering. I know, I’m also questioning what goes on inside all that hair of mine (I think it’s more hair). So after I got the second shot early Monday morning, I went in for an ultrasound before I would go home. Remember how many I had? I knew everyone and everyone knew me. Thankfully, they also knew my baby, so the sonographer was definitely alarmed that day at the sight of absolutely no movement on the screen. There is a rule that they have to give the baby 40 minutes to move. My ultrasound was at 11 a.m. so promptly at 11:40 someone from the high risk team came in and said a lot of things that my hair and I were too stressed and overwhelmed to pay attention to and he finished up by saying “in this situation…better out than in”.

The next few minutes was where it was like a movie. I was on a stretcher and this doctor was running while pushing me through the halls of the hospital. Running fast and yelling…doors were flying open…and other people were yelling “Is this her?!?!”. I remember being all “Her who? Her who??”. When we arrived at our destination I quickly realized we were in an O.R. I was put on the table and my clothes were immediately cut off of me. Finally my brain decided to join the room and alert me that I was about to have the baby via emergency c-section. Wait, I’m having the baby? But this is 9 weeks early! And I told my husband to go to work! And we are all the way Uptown and he is all the way in Battery Park City! And My sister’s wedding is this weekend in Memphis!

The entire surgery happened in less than 15 minutes. My doctor, who was miraculously there after 2 days straight of delivering babies, told me to crouch for the spinal. As fast as I was lying down they were beginning to make the incision. I remember feeling so many things. Scared for my baby, confidence in my doctor, loneliness for family and sorrow for my husband’s absence. I was lucky to never feel scared for myself and stayed calm throughout the sensations, tension and sounds of all that was going on. I kept thinking about how obviously spunky my baby was going to be, and how especially unique everything already was about her.

My doctor snapped me out of my thoughts with the words “Reagan, she’s here. The pediatrician just ran her downstairs.”, and I was handed a piece of paper with two tiny foot prints no more than an inch and a half in length. I named her Piper Jane, because it was the most spunky of all the names on our list. Also because my husband wasn’t there and I deserved to name her whatever I wanted. 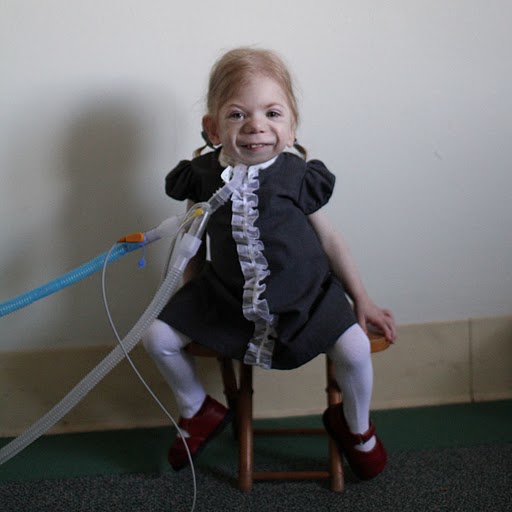 Piper Jane has Cerebro Costo Mandibular Syndrome. If you google it, you will get my blog and a very small handful of other information on it. It is a very rare syndrome mostly affecting her respiratory and much of the bone structure in her torso. She has half the ribs she should, and their small structure prevents her lungs from inflating all the way, making a ventilator necessary. Most CCMS babies born as severely afflicted as my Pip sadly don’t make it through the pregnancy, delivery or first two years. Pippy will be three on May 21st, continuing to beat the odds every day. She has still never come home from the hospital, but she lives and smiles and plays and loves and gets spunkier and sassier by the day. She is my giant dose of sunny, helping me to remember how special being unique is.

From Reagan of Reagan’s Blob.