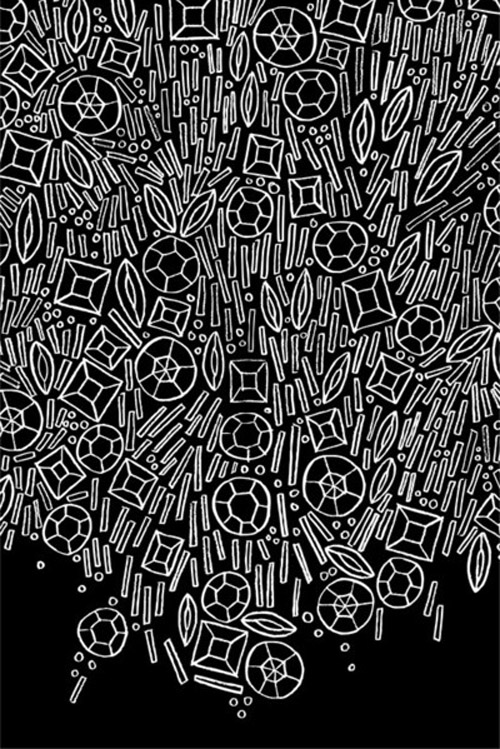 By Amy Hackworth. Limited edition print by Aletha and Ruth on Minted.

After feeling kind of lousy for a few days last week, my energy was back over the weekend. I felt great, motivated, and determined so I created a to-do list a mile long and dove in for all I was worth. Full-steam ahead on yard work, personal work, family projects and housework! It was both exhilarating and exhausting, but by the end of the weekend… it was just exhausting.

I’d overdone it. I went full-steam ahead until I ran out of steam, and then, boy, did I run out of steam. By Sunday night I was so tired I couldn’t even think about the things I needed to prepare for a trip the next morning. I was beat. (Not surprisingly, Monday morning was a fairly unpleasant, hectic rush.)

This sparked a memory: a conversation I had with a friend a few years ago, an a-ha moment that I’m still trying to assimilate and live. She was life coaching me at the time, and she asked me a simple question about what’s really happening when I try to do too much.

It suddenly struck me that when I overloaded myself in the name of responsibility, the result was just the opposite. I was being irresponsible when I agreed to more than I could handle. I became ineffective (see above!) or some commitment went untended. I either let myself or someone else down, and in both cases I was disappointed and sorry. I’d developed a belief that doing more was equivalent to doing better, and it felt almost moral to fill my plate just beyond capacity. Yes, I can do that. I can do that, too. I’m sure I have time to do that. Probably, at the root of it was that misconception that I had to somehow earn my worth, rather than simply trusting in it.

Making unrealistic to-do lists is an old habit that has been hard to break. Our minds simply work faster than our hands, so it’s easy to imagine doing more than we can actually do in a day. Trial and error teach us what’s possible and what’s too much, and paying attention to those lessons, I think that’s responsibility.

What have you learned about keeping commitments realistic? Does cutting back improve your personal, family or professional work?

P.S. Last week Gabrielle wrote about the concept of “satisficing,” which certainly applies to those grand to-do lists.