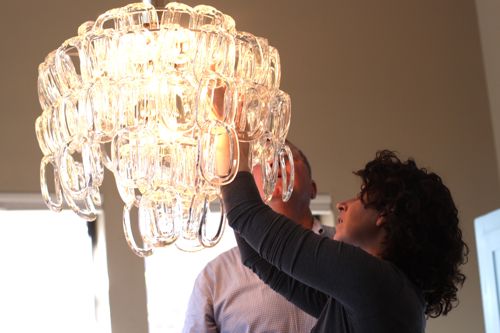 Did I tell you it has been visitor central at our house? My sister and her family left on Sunday. And my parents arrived on Monday. When my parents come, I put them to work doing projects I find intimidating (they’re the best!). Last trip, my mom painted Napoleon Dynamite on the wall. This trip, Grandpa Mac replaced two light fixtures for me — and one of them was a major project — a new chandelier. At least. It felt major to me. (Grandpa acted like it was no big deal.) 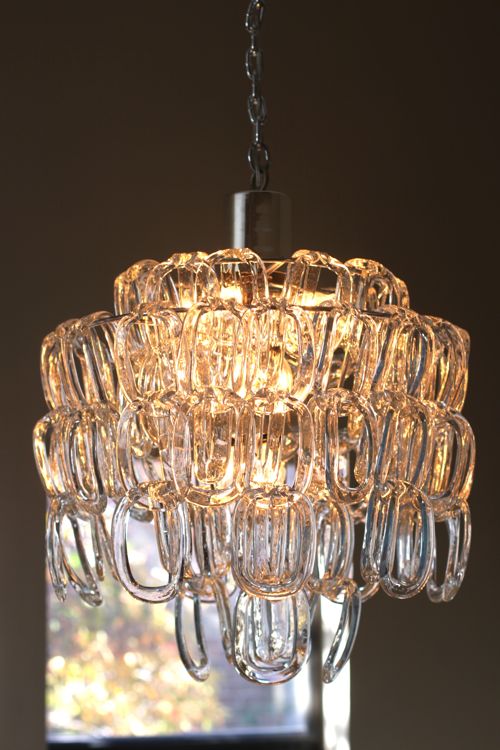 Let me start by saying I’m in LOVE with our new old chandelier. I keep stepping away from my desk so I can go grin at it. Here’s the story:

A few years ago, while we were still living in New York, our friends bought a new home. The first time I visited their new digs I couldn’t help but admire the gorgeous chandelier hanging in the dining room. It was original to the house and I loved it immediately. I gushed and gushed and my friend said she was thinking about replacing it because it wasn’t quite her style. At which point, mentioned: if you really do replace it, I’d love to have the old chandelier.

Cut to a few months later. Our friends replace the old chandelier and deliver it to my tiny house. Where I had nowhere that I could possibly hang it. So it sat. Boxed in my garage. Waiting.

Then we moved to Colorado and the boxed chandelier came with us. I didn’t know if there would be a good place for it in our Colorado home, but I was still so in love with it, that I brought it just in case. We moved into this rental and I toyed with changing out our art room chandelier but didn’t have the energy (there was that little pregnancy thing). So it sat some more. Boxed in our basement. Waiting.

Then. Two things happened: 1) I was contacted by Colorado Homes & Lifestyles about doing a photo shoot in my home. And 2) Grandpa Mac was coming to visit the week before the photoshoot.

It was the perfect storm of chandelier installation. 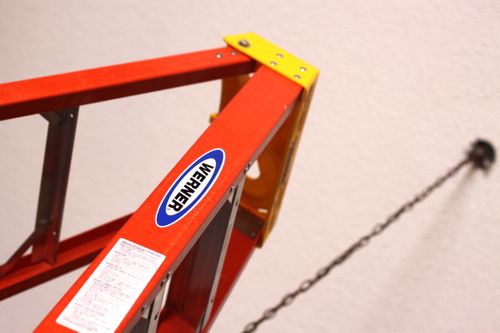 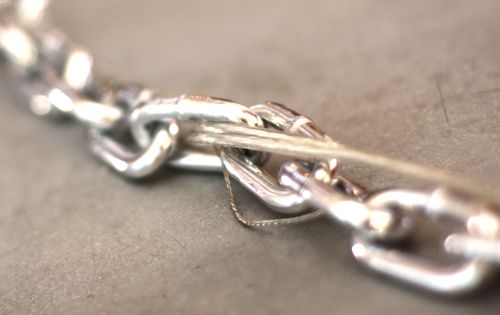 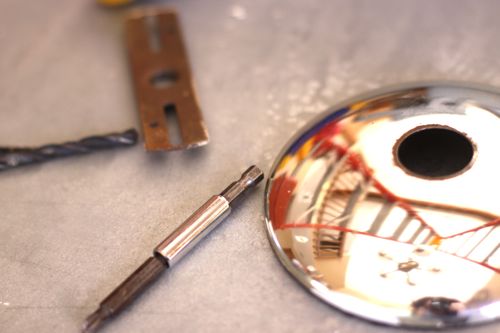 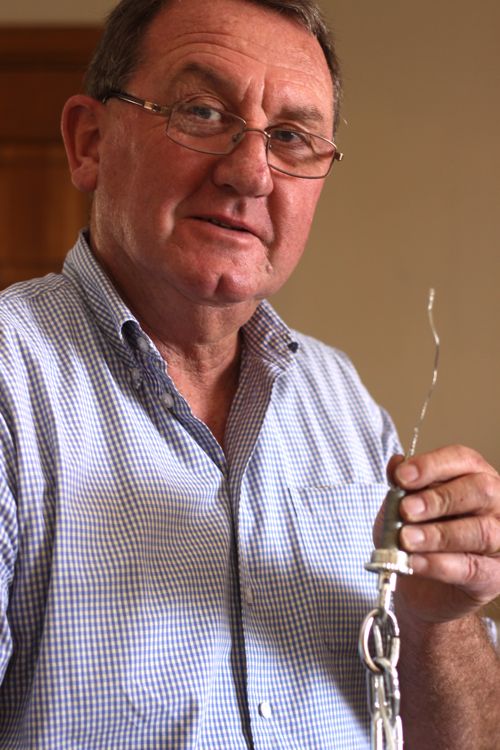 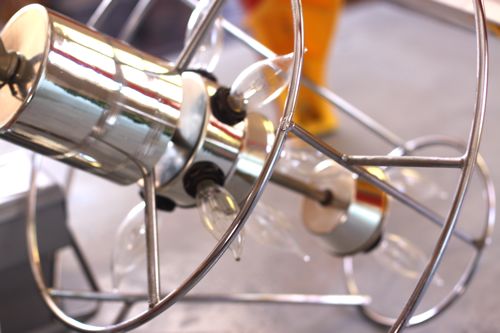 When he arrived, Grandpa Mac bought equipment — like a ladder, drill bits, new chain and electrical tape. Many trips to our local hardware store were made. He rewired the chandelier. Replaced the old bulbs (there are 11). Added a six foot chain. And installed the very heavy fixture.

My mom and I shined up all the chrome and handwashed the 73 hand-blown pieces of glass. First in a warm soapy bath, and then in a white vinegar rinse so they would sparkle. 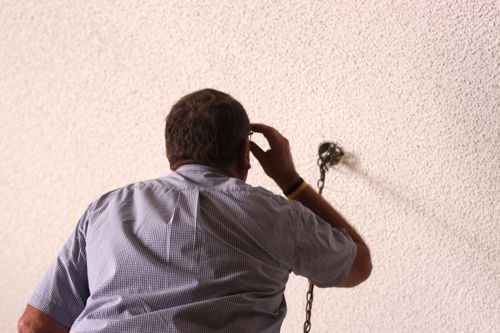 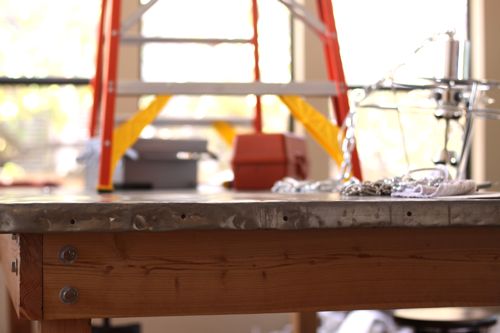 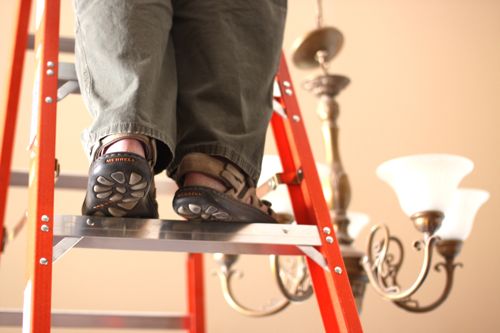 Part of what made the project a challenge, was that the ceiling was so very high. The twelve foot ladder was placed on our giant table. Then, very-tall Grandpa Mac climbed to the top and was able to reach the ceiling. If he was shorter, I don’t think it would have worked. : ) 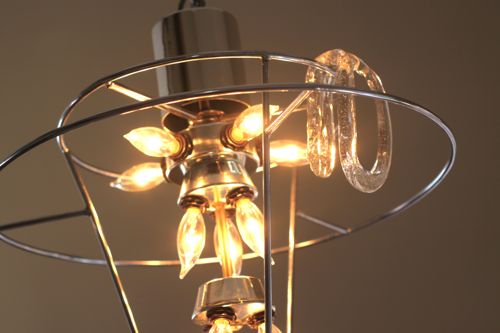 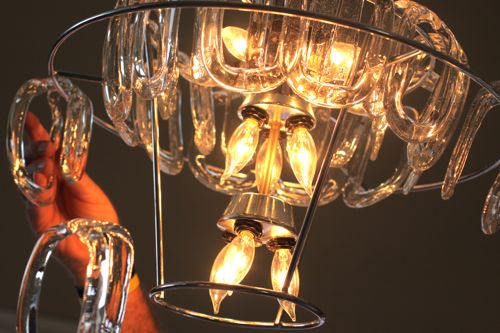 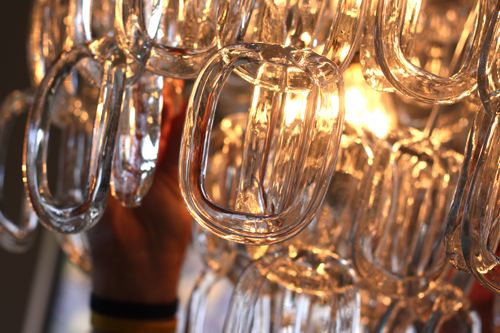 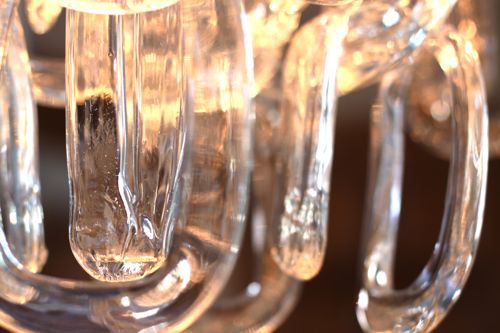 My mom was curious about the chandelier maker and started doing research. From what she can tell, the chandelier is a 1960’s or 70’s version of a design by Angelo Mangiarotti. I love knowing that info! She found a similar style (I think it’s identical) being auctioned off at 1stDibs and found a new version at DWR.

The extra-fun part about this light fixture is that the look can be changed. The wire skeleton frame is very simple and the glass pieces can be hung from it however you like. For example, instead of making it full and round, we could link the glass pieces in long strings for a lengthy look. 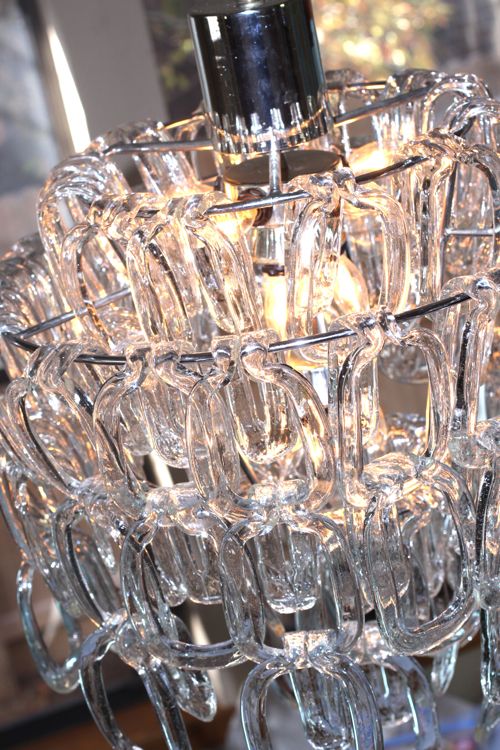 I seriously LOVE it. What do you think of it? Do you like it as much as I do?

P.S. — In case you’re curious, the chandelier we replaced is below — we’ll have to reinstall it when we move — because I want to bring the Mangiarotti with us. 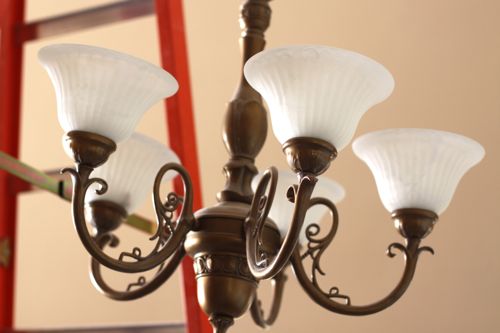