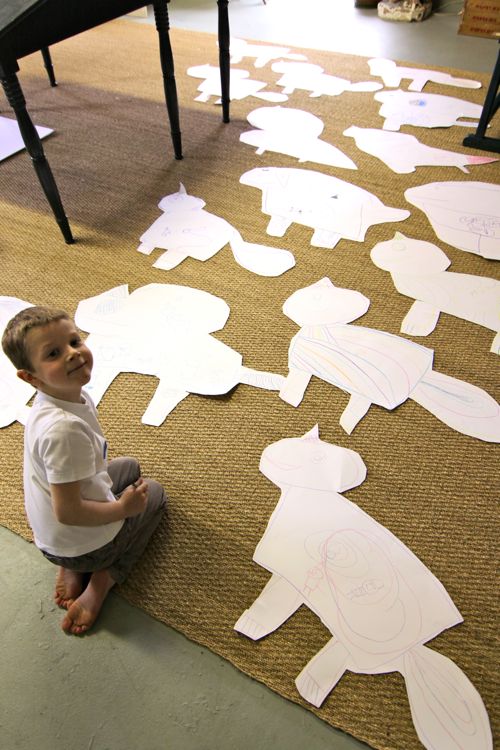 Did I tell you my kids were out of school the entire week before Christmas? We loved having them home and especially loved getting to skip the morning-get-to-school routine. But, since Ben Blair and I were both working last week, the kids had to entertain themselves.

Oscar kept himself busy by making a series of large cut-paper horses. Aren’t they awesome? They are about as big as he is! Each one is different. Each one has powers of some sort and an associated story. If Oscar tells you the story of one of the horses, he will probably need to stop midway through to add something to the drawing that he just thought of. 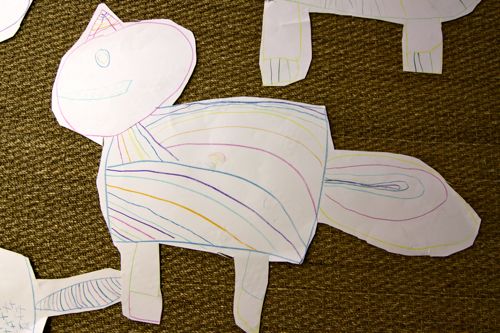 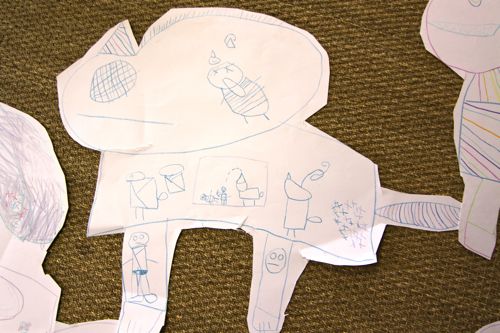 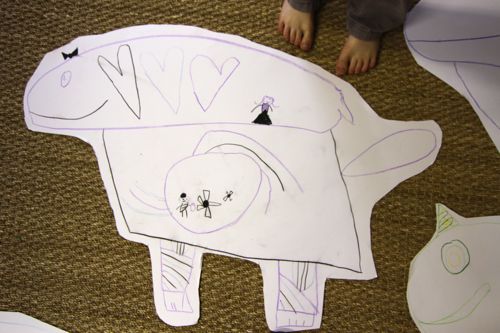 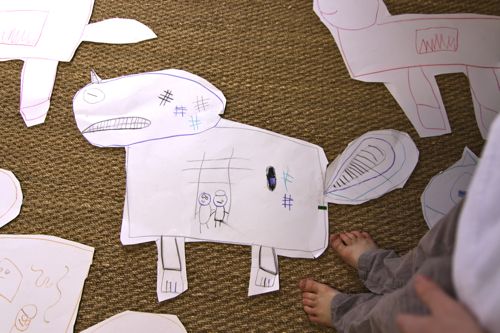 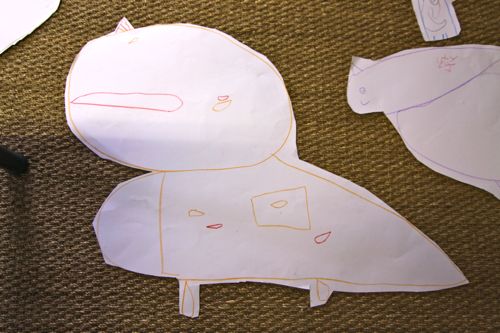 Do not be fooled. Even though some might look like unicorns, THEY ARE NOT UNICORNS (emphasis added by Oscar).

I am in love with this series of horses and so impressed he took on such an ambitious project. But I’m also feeling lucky about the art studio at La Cressonnière and the fact that our landlords had it stocked for us with stacks of over-sized paper. I find that big paper inspires big ideas.

Have your kids ever surprised or inspired you with a project or idea they came up with? 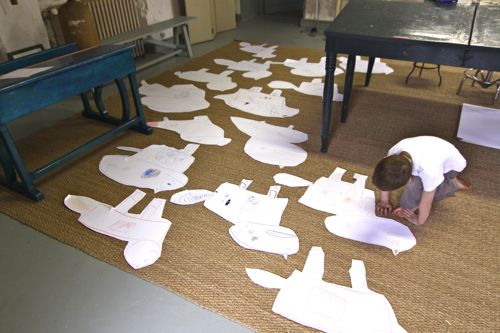