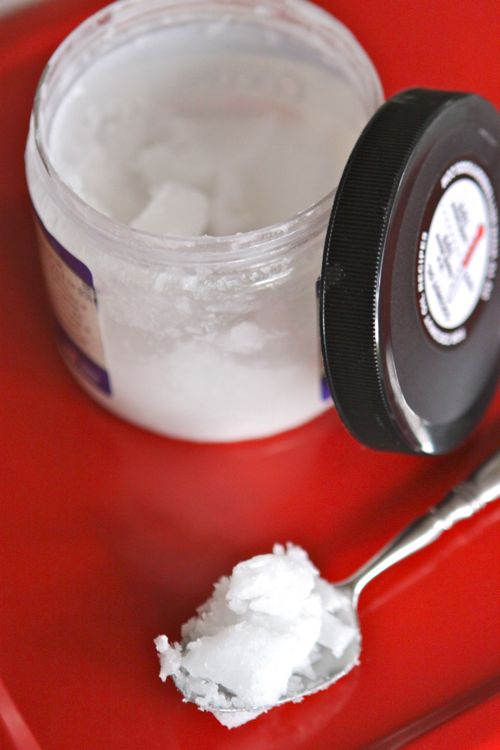 Oil pulling is by far the most hippie thing I’ve ever done.

If you had told me 2 months ago that I was about to stop brushing my teeth, my confused response would have been something like, “Because I’m going to be in coma?” Brushing teeth has been such a part of my daily routine (and no doubt yours as well) that I couldn’t even imagine life without it.

So how did I become someone who has abandoned her trusty toothbrush and tube of toothpaste? Well, I am about to tell you all about my adventure, but first I have to tell you that if you have no desire to try oil-pulling that it won’t bother me at all. I am not writing this to convince you to try it. I really am not. I receive no benefits or advantages if you try it. Zero. I am not in league with any sort of Oil-Pulling World Domination Organization. I am not an authority on oil-pulling. I have not done extensive research on oil-pulling. I have not taught my kids to oil pull. We still go to the dentist — in fact, Betty was there for some cavity work last month. And if you do try it, and don’t like it, I won’t have my feelings hurt one little bit, and I won’t try to convince you to try it again. I promise. This post is just me, reporting on this odd thing I tried and happened to like.

In early December, Ben Blair took a trip to France to oversee some work on The Cottage. While he was gone, I spent a Saturday morning seeing what was happening on Facebook and I happened upon an update from a woman I don’t even know very well, but she shared a link to someone’s blog post about oil-pulling, and said she was curious about it. And I was curious too. So I clicked through and spent an hour or so in a oil-pulling rabbit hole.

Oil pulling is a technique to clean your teeth and mouth. You put a spoonful of oil in your mouth, then swish it around for 20 minutes (yes, 20 minutes!!). Then you spit it out (into the trash can/compost bin, not the sink, so it won’t clog your plumbing).

A lot of what I was reading gave me huge eye rolls.

But I was still curious, and some of it made sense to me, and some of the voices were very sincere and realistic. So I tried it. I had a jar of raw coconut oil on hand — the kind that’s solid at room temperature. I put a spoonful in my mouth, waiting for it to melt, and then started swishing. I wanted to see if I could actually make it for 20 minutes. And I did make it. After the 20 minutes, I spit out the oil, and rinsed my mouth with water. Then, I spent the rest of the day running my tongue over my teeth because they felt so different. In a good way. So I thought to myself, I’ll just try it for a week, and see what I think then.

Ben Blair arrived home a couple of days into my experiment. I was blushing as I told him about it, because I felt so dorky about it, but without even reading a blog post, he wanted to try it. And jumped right in.

After that week, I was still delighted with the results and said to myself, I’ll just try it for a month, and see what I think then. Ben Blair did the same.

Now, it’s been almost 2 months, and we’re both still oil-pulling, and my latest thought is that I’ll just keep doing it until I no longer like it.

Here’s some Q&A featuring questions I get asked most about it:

Q: Doesn’t it gross you out to have a spoonful of oil in your mouth?

A: I thought it would gross me out too! I thought I would gag. I took a spoonful of castor oil when I was trying to induce labor during my 3rd pregnancy, and I still get queasy thinking about it. But when I tried oil-pulling, it just felt like swishing water. It didn’t feel like oil. So it was fine.

A. I think this is the deal breaker for most people who try it. Twenty minutes is a long time. It works for me, because we have a morning routine where Ben Blair drives the kids to school while I tidy up — making beds, doing the breakfast dishes, starting the laundry, etc. I put the oil in when they leave the house and set my phone timer for 2o minutes, then I get to work. The times flies by. If I didn’t have this routine, I probably would have abandoned my oil-pulling experiment.

Q: Have you seen any benefits?

A. Yes. Nothing crazy miraculous, but I can see my teeth are whiter, with less plaque, and I feel like my breath is better for sure. I noticed the breath thing right away. Ben Blair and I are careful to talk to each other in the mornings with our mouths shielded so we don’t have to smell each other’s morning breath, but with the oil-pulling, the morning breath is much better. Not minty fresh, just neutral.

This is less measurable, but my teeth are no longer as sensitive. During my pregnancy with Betty (about 8 years ago), overnight my teeth became really sensitive and I could no longer rinse my mouth out with cold water. Seriously, it happened overnight. It was crazy. Since then, I’ve used Sensodyne toothpaste and that has helped some — it sort of takes the edge off. But I feel like my teeth are much less sensitive since the oil-pulling.

Lastly, this one is vague, but my teeth feel stronger. Like they are more firmly rooted in my mouth.

I use Coconut Oil. Cold-pressed, extra-virgin, unrefined. (This is the brand that my grocery store carries. But I’m not necessarily loyal to it.) One day, I was curious and tried olive oil instead. I didn’t like the taste as much, but I did like how my teeth felt, and I liked that it didn’t have to melt first. Also, it left my lips super soft.

Q: Do you ever brush your teeth anymore?

Once in awhile. I oil-pull in the morning, and sometimes at night, if my teeth feel coated or grimy, I’ll brush with water. When I was traveling this last week, I didn’t bring my jar of oil, and instead thought I would just use toothbrush and paste. But after two days I was dying. My mouth was grossing me out. So my brother-in-law, Steve, picked up a jar of coconut oil for me and I oil-pulled during the rest of my trip.

Q: What about flossing?

Well, this is another reason why I think I personally really like oil-pulling. Flossing has always been a really hard habit for me to form. I seem to have strong enamel on my teeth — for most of my life, I’ve eaten way more sugar than I should, but I rarely if ever get a cavity (alas, my kids did not seem to inherit my enamel genes). And flossing doesn’t seem to make a difference either way. Some years I’ve been good at flossing and other years not so good, and I end up with the same results during my dental visits. So it’s hard to convince myself of the benefits of flossing for me personally. I know every body is different and there are people who see great dental health improvements from flossing — but I’m not one of them.

I have tried flossing a couple of times after I oil pull to see if anything is getting left behind, but the oil pulling seems to do a really thorough job of cleaning.

Q: Have you tried to fill in a cavity?

No. We have not attempted any cavity filling. But I’d love to hear if you have success with it. I’d be really curious to have a dentist try it with someone that has a mild cavity. Have them oil pull for a month and see if it makes a difference. Though really, many of the posts I read said the cavity miracles happened with a combination of oil-pulling + drinking raw milk. So who knows.

Q. Does your mouth feel oily after instead of minty fresh?

My mouth actually feels very clean afterwards. Fresh but not minty. Ben Blair likes the minty feel, so sometimes he’ll rinse with mouthwash after. But I don’t like mouthwash — it feels too harsh. Sometimes I do miss that minty feeling. I wonder if chewing on mint leaves would help…

Q. Where did you read about oil-pulling?

I started with this blog post, then started exploring from there. She includes links within the blog post, and there are links in the comments as well. Or, a quick search produces all sorts of relevant articles. There are also 2 books that come up over and over again in the blog posts — one called Cure Tooth Decay, and one called Oil-Pulling Therapy — though I haven’t read either.

I think that’s it for now! If you have more questions, feel free to leave them in the comments. And I’d love to hear: Have you tried it? Are you curious about it? Is it too hippie for you to handle? Has anyone reading tried it for a long period? If yes, how is it going? Or did you give it up? And lastly, have you ever tried something casually, maybe out of curiosity, and then adopted the practice for real? Chime in!

P.S. — I wrote another update on oil pulling a few months after this.