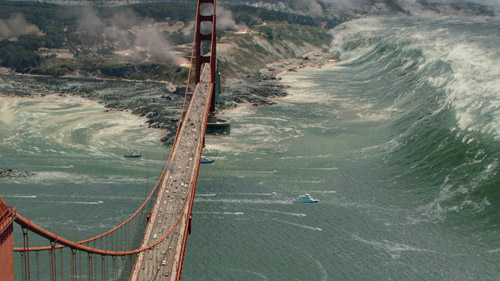 Over the weekend, natural disasters were on our mind. First because we were watching reports come in from Chile. And second, because we did some hiking at Lassen Volcanic National Park (I’ll be sure to report on the trip soon!). As we hiked, we talked about what it would be like to live near an active volcano. The last time Lassen erupted was 100 years ago in May of 1915. At that time, it blew rocks and ash 7 miles into the air. Seven miles is so many miles!! Living near an active volcano seems like it would give such a feeling of uncertainty to life. But then again, I live in the Bay Area — a place that inspires movies like San Andreas. 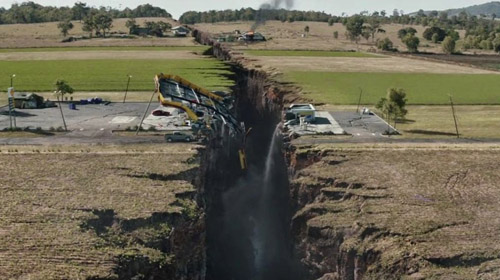 It makes me wonder, how much do natural disasters come in to play when people consider moving? I’m thinking earthquakes, hurricanes, tornadoes, tsunamis — and maybe even super-harsh winters. Are there any that are a no deal for you? Or put another way, do you draw natural disaster lines for yourself? Like maybe you swear you will never live in California because here, it’s when not if, as far as earthquakes go. Or maybe you wonder why anyone lives in Kansas and Oklahoma when it’s a fact that tornados come with the territory. Or maybe you observe the annual hurricane watch from afar and promise yourself you’ll never live on the Gulf Coast. Or the East Coast. Or any coast!

When we moved to California, the earthquake situation crossed my mind a few times, but it wasn’t a big concern. My hometown, St. George, Utah, is also on a fault line, and I guess it just seems like a normal thing that people live with. Like some sort of really awful lottery.

We’ve been here for two years now, and I still haven’t felt an earthquake. Our kids felt their first one last month — but it happened to be on a day Ben Blair and I were away for our anniversary. So sometimes, I forget we even live in earthquake territory. Though it’s easy to imagine that if we ever live through a big quake, the fact of earthquakes will become ever present in my mind — or maybe even inspire (or require!) a move.