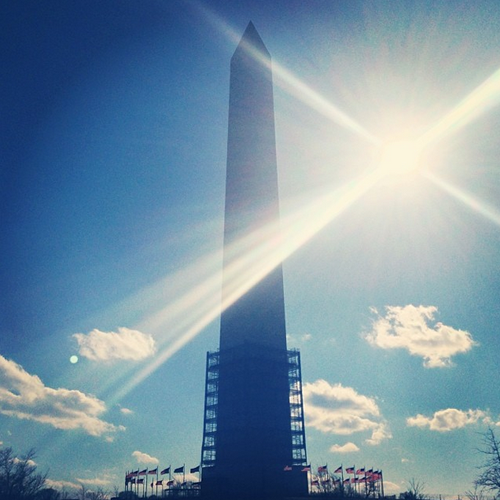 I’ve been meaning to write up a little post about what I was doing in Washington D.C. a week and a half ago. It was a short trip, but an exciting one! The first day was spent learning about initiatives and government programs that ONE.org is supporting — specifically, we learned a lot about the Electrify Africa bill.

The short story is that 70% of people living in Sub-Saharan Africa don’t have electricity. Here in the U.S., electricity is practically a human right — so it took me a minute for the reality of no electricity, and what that means for the people there, to sink in. No way to power a cell phone, a computer, the internet — and without those, it’s almost impossible for people to make economic progress and pull themselves out of poverty. No lights for students to take classes or study after sundown. Women giving birth in the dark without access to life-saving medical equipment. No electricity to power machines, so businesses can’t scale well. No feeling safe outside at night.

No electricity! It’s so hard to even imagine. I mean, even when I go camping I use electricity — at the very least for my phone and my lanterns and flashlights. One little tidbit we learned? The Dallas Cowboy’s stadium uses more electricity on game day than the entire country of Liberia uses on the same day. Insane!

But the problem is actually more stunning than that. In homes without electricity, kerosene is the fuel used for light at night. But. The fumes from the kerosene are so harmful that they are responsible for more deaths than AIDS/HIV and malaria combined!!! Just nuts, right?

That’s where the Electrify Africa bill comes is.

This bill seeks to provide power to 50 million people in Sub-Saharan Africa by 2020. And bonus: there’s no cost to the American taxpayers — in fact, the bill will even produce revenue, which means it will lower the deficit. That’s a win all the way around!

Anyway, I was in Washington D.C. with ONE.org to learn about the Electrify Africa bill (among other things) and then to lobby my congresswomen and representatives and ask them to support the bill. 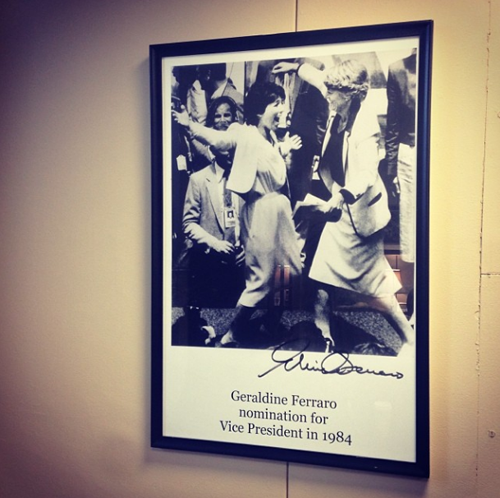 Have you ever lobbied before? I hadn’t. I was a complete newbie. And I was fairly terrified. The ONE.org representatives split up by state, and the California delegation (I think there were 6 of us), had appointments with the offices of Senator Barbara Boxer, Senator Dianne Feinstein, Representative Karen Bass person, Representative Nancy Pelosi, and Representative Barbara Lee. Quite an intimidating lineup!

ONE.org is a bipartisan group, which means the ONE representatives met with both Republicans and Democrats in every state, and regardless of personal political views, while we represented ONE we stayed politically neutral. So for example, when I was meeting with Rep. Nancy Pelosi’s office, Laura Mayes (part of the Texas delegation) was meeting with Sen. Ted Cruz’s office. I’m sure there were some ONE representatives that found it challenging — that didn’t want to meet with one party or another. But they did their lobbying respectfully anyway.

We received some training the night before we lobbied. It consisted of reviewing the key facts and then thinking hard about personal stories related to the topics we were lobbying. We were told that we didn’t need to be experts, we just needed to share our stories, share why we personally cared, and be passionate about the bill. 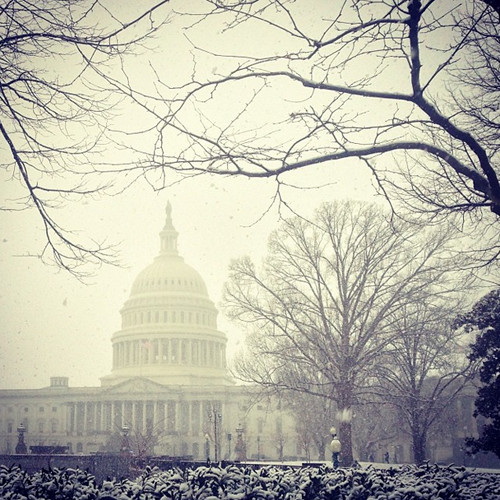 The next day was quite magical. There was a light snowfall with huge flakes that made the whole city glitter. Our appointments were in grand old buildings, full of Senate and Congressional offices, and also in the Capitol building itself! I found myself doing a lot of gasping as we would round a corner and see another amazing mural or marble staircase.

The meetings were brief and respectful — about 15-20 minutes. The representatives and senators are busy, busy people, so our appointments were with their senior staff members (who are almost equally busy). We introduced ONE.org, told them why we were there, shared our personal stories, and then gave specific “asks” for the senators and representatives — for example, one ask was a request to co-sponsor the Electrify Africa bill. The staffers took notes, and asked questions, and then we thanked them for their time.

It was interesting to me to see the different offices. In Rep Barbara Boxer’s office, I snapped the photo of the Geraldine Ferraro poster (above). I was proud that California has such strong women in political positions. 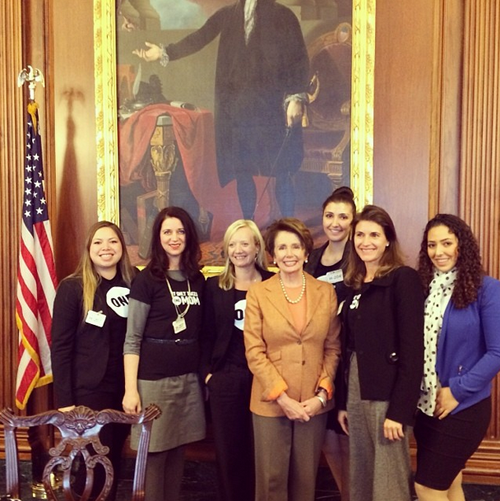 The 3rd meeting was with Nancy Pelosi’s office. We met in a big room in the Capitol, sitting around a grand conference table at the foot of the huge painting of George Washington. And then just as we were wrapping up, Nancy Pelosi came in! She sat with us, taking the time to hear each of our stories and shaking our hands. The whole thing felt like a pretty big deal.

After the meetings I had a little time, so I went with Jyl of Mom it Forward to the National Portrait Gallery/Museum of American Art. The museum had been renovated in a big way since I visited last and I loved getting to spend some time there. At one point I was sitting in front of a painting by John Singer Sargent (one of my very favorite artists), and started to cry. It was a lot packed in to one day and I was having one of those how-in-the-world-did-I-get-so-lucky waves of emotion. A gorgeous day in the Washington, powerful meetings at the Capitol, then sitting in front a stunning painting in a world-class museum. So much good stuff. 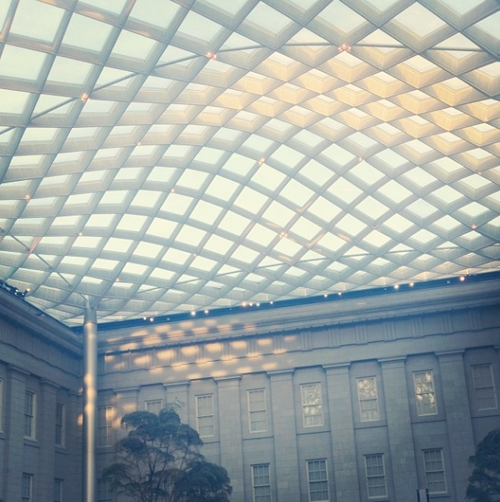 After the museum, Jyl and I sat at Shake Shack, which is across the street, and talked for several hours. In fact, we talked so long, I ordered twice. : )

It was a really good day. Overwhelming in the best way. Emotional and exciting and really wonderful. I don’t know if I’ll ever get the chance to lobby again, but I’m so glad for the experience. It was this amazing reminder that the women and men we elect really do want to hear from us, and are more accessible to constituents than I’d imagined. A reminder nothing is stopping me from being more politically active.

The best part? Our lobbying worked! The Electrify Africa bill is moving along!

I’d love to hear your thoughts! Have you ever lobbied before? Or gasped as you walked through the Capitol building? Do you know who your senators and representative are? And would you be intimidated to meet with them? Do you have a favorite Smithsonian museum? Have you ever eaten at Shake Shack? : ) Tell me more!

P.S. — It’s hard not to love a bill that helps people and costs nothing! I can imagine that lobbying for something more controversial would be an entirely different experience. : )