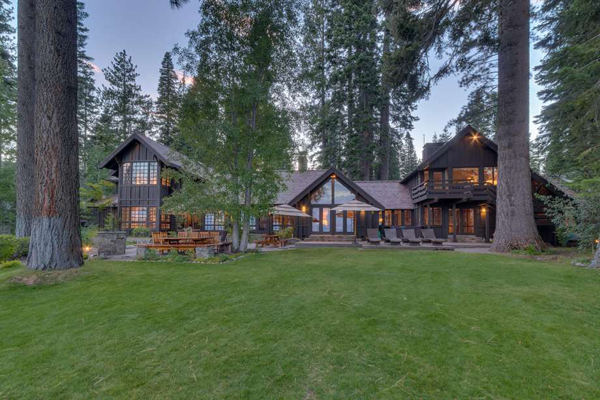 I’m kind of geeking out about this. Over the holiday break, my Aunt Robin sent my siblings a link to this article about an elegant Lake Tahoe Estate that is on the market for $45 million. I started reading it and was like, this is odd — why is Aunt Robin sending me a real estate article for a property no one in my family could possibly afford?

And then I read a little further and got to this part of the article:

“If you were invited, you’d travel by train from San Francisco to Truckee, hop on the narrow gauge in Truckee and the train would take you right out onto the Tahoe Tavern pier where your hosts would be waiting,” according to a book assembled by owners of Bushwood over the years.”

Reading that, I was all, wait a minute. Richard and Ruth Shainwald? Those are my people! At one point, my family did own this house. Oh my! 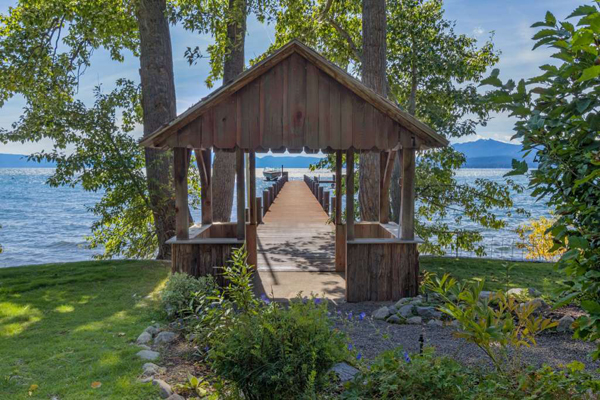 To be crystal clear, let me point out that I have never been to this property. No one I’m related to owns this property, and hasn’t in my lifetime. I didn’t even know this place existed. This news article is literally the first time I’ve ever heard of it. I have zero stake in this property and if it sells, no one I know will benefit in any way. So I have no skin in this game. I’m just completely fascinated by this new-to-me bit of family trivia.

I have so many questions! How long did they own it? Did my father, who was born in 1942 and who grew up in the Bay Area, spend any time at this estate when he was a kid? And what exactly is a socialite anyway? Are we talking like Paris Hilton? Did Richard and Ruth work? Or did they live off of an inheritance? Where did their wealth come from? How often did they stay at this property? How often did they entertain guests at this spot? Anyone I would know the name of? Are there any photos of the extravagant parties? What would have happened if they had held on to that home? Would one of my Aunts or Uncles live there? Or rent it out? Or use it as a vacation home? Would my own father’s path have been different in any significant ways?

Some of the thoughts I’ve had since I read the article.

– My childhood was so far removed from the concept of San Francisco socialites and Lake Tahoe vacation estates, that the idea of this vacation home is hard for me to fathom. I can’t relate. I grew up in St. George, Utah, which was a tiny town when we moved there. My dad was a 5th grade public school teacher, and my mom worked various jobs to help make ends meet (there were 8 kids!). So this almost feels like some sort of parallel world where I know fancy people. 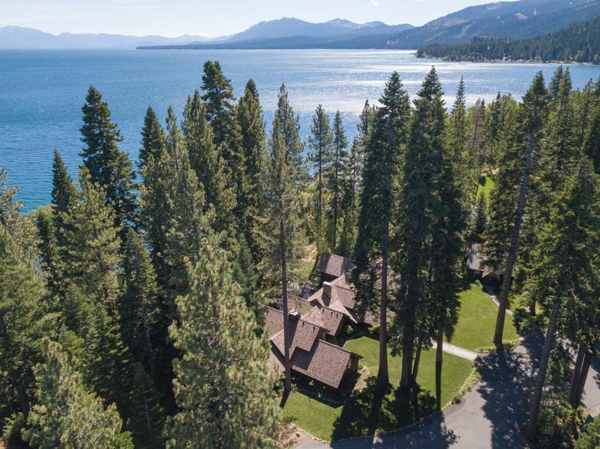 – My grandmother Rudi (Ruth Shainwald McCaffrey) was the daughter of Richard Shainwald and Ruth Heller. She died while we were living in France, but during my lifetime she always lived in Menlo Park, California. When you hear of Silicon Valley? Menlo Park is in that same area. It’s just south of San Francisco, but still part of The Bay Area, almost like a suburb. So I’d traveled to San Francisco a bunch as a kid to visit grandparents. I always knew I had roots in San Francisco, but pictured them as sort of suburban roots. Reading the article made me feel like my Bay Area roots are deeper and more widespread than I’d understood.

– I’d always heard that Richard and Ruth “lived at the top of the Mark” — the Mark being the Mark Hopkins hotel on Nob Hill in San Francisco (makes me think of Eloise!). But I had never heard them described as socialites, and had never heard there was another residence. My Grandma Rudi didn’t talk about her parents much, but I remember hearing that her father was very kind to my father (his grandson), and that her mother was quite cruel to Rudi. I wish I knew more about Richard and Ruth. [Turns out I remembered the wrong people at the hotel. It wasn’t Richard and Ruth, it was Richard’s parents — their names were Richard & Bertha Shainwald, and I don’t know much about them. Were they socialites too?] 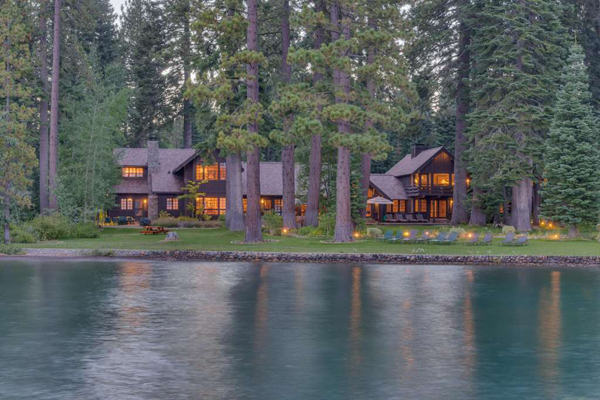 – The article also got me thinking about generational wealth and how fast things can change. I’m not sure about Ruth & Richard, but I was told their daughter Rudi (my grandma) was a trust fund child. I don’t remember her living extravagantly, but I’m also not aware of her ever having a job or needing to earn money. She had two sisters, and I imagine it was the same for them, but really have no idea. Then Rudi had 4 kids (including my dad), and none of them lived on a trust fund as they became adults. Not even close. So it basically went from Wealthy Socialite Parents –> Trust Fund Children –> Non-Wealthy Grandchildren With Regular Jobs.

What are your thoughts? Ready to move to Lake Tahoe? : ) What are some of the fascinating trivia tidbits you’ve found out about your family?

P.S. — There are 20 photos of the Lake Tahoe property featured in the article, plus a video, if you’re curious to see more.