Kids Being Taken From Their Parents: How to Help 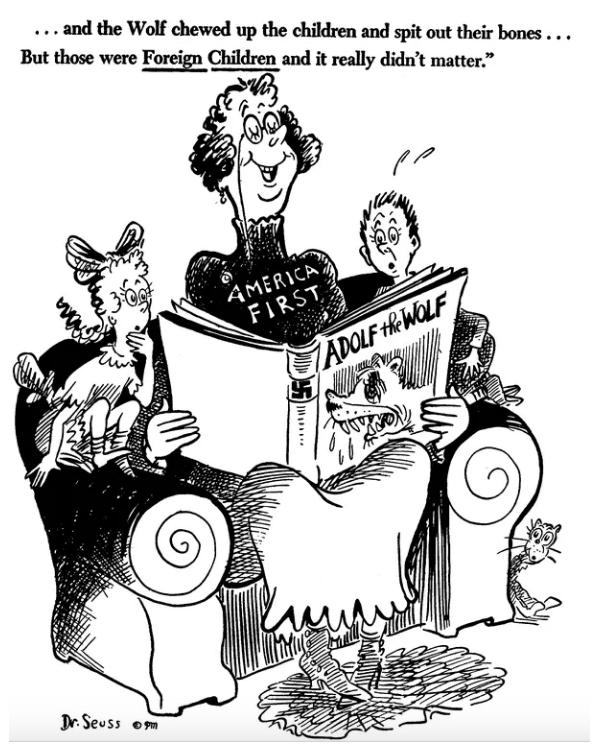 I know I’ve been talking about this and I’ve been sharing related links for the past couple of weeks, so perhaps you’re sick of it, but please stick with me.

Raise your hand if you had a hard time celebrating Father’s Day this weekend, while simultaneously learning more details about kids being taken from their parents at our country’s border. It’s awful stuff. And there’s this dread knowing that reporters have only been allowed to see a glimpse of things, and that in reality it’s bound to be much, much worse.

For those needing to get up to date, I’ve collected some notes.

– There’s a new Zero Tolerance policy, instituted by Trump and his team in May. The policy directs that everyone who comes to our border seeking asylum will be criminalized and detained, and that their children will be taken from them and declared “unaccompanied minors,” and placed in an entirely different detainment system. The children are now being used as a bargaining chip.

This interview in Texas Monthly was published on Friday and will give you a good general overview (and may also make you want to puke). A few lines from the interview:

“So the idea of zero tolerance under the stated policy is that we don’t care why you’re afraid. We don’t care if it’s religion, political, gangs, anything. For all asylum seekers, you are going to be put in jail, in a detention center, and you’re going to have your children taken away from you. That’s the policy.”

“Article 31 of the Refugee Convention clearly says that it is improper for any state to use criminal laws that could deter asylum seekers as long as that asylum seeker is asking for asylum within a reasonable amount of time. But our administration is kind of ignoring this longstanding international and national jurisprudence of basic beliefs to make this distinction that, if you come to a bridge, we’re not going to prosecute you, but if you come over the river and then find immigration or are caught by immigration, we’re prosecuting you.

So if you cross any other way besides the bridge, we’re prosecuting you. But [we won’t allow you to] cross the bridge.”

“What we know from the shelters and working with people is that, yes, there are kids that are very young, that are breastfeeding babies and under three in the shelters, separated from their parents.”

– Here’s another legal overview of what’s happening with the policy written by an immigration lawyer. Yesterday she met with a mother whose 5-year-old son was literally pulled out of her arms by a Border Patrol Officer while she and her son cried and begged for him not to be taken. She is an asylum seeker who fled death threats in her country. She has not seen or spoken to her son in weeks.

– The stories from the detention centers are harrowing. The AP Reports that one cage had 20 children inside, and a detained teenager was left to change the diaper of a younger child she didn’t know.

– Antar Davidson quit his job at a center in Arizona. He said the staff there was completely unequipped to give so many isolated children the care and services they need. At one point he was instructed to tell three Brazilian siblings who thought their parents were dead that they weren’t allowed to huddle together and hug each other. That was his breaking point.

– Parents have been told their children are being taken to be bathed or cleaned up, then the adults never see them again.

– The kids are left in cages, with nothing but foil survival “blankets” while the lights are kept on 24 hours a day.

– This is a smaller detail but made me so sad. Their rosaries are confiscated.

– Some parents are being deported without their kids.

– The Government has no plan for reuniting the immigrant families it is tearing apart.

– Some of the kids are too young to know their parents names, their own full name or birth date, or other essential pieces of information — like home address, or the town they came from.

– The facilities the children are sent to are often far from where their parents are being detained. Not far as in across town, but far as in many states away. Here’s a report from a flight attendant who had 16 young kids on her red-eye flight last night traveling from Phoenix to Florida. (I’ve seen this story a bunch but don’t know how to verify it. If you have a better source let me know.)

Just for context, other misdemeanors in our country are public intoxication, simple assault, disorderly conduct, trespass, vandalism, reckless driving, discharging a firearm within city limits, and possession of cannabis. Whether or not they’ve been prosecuted for it, I’m guessing everyone reading here has likely committed a misdemeanor.

– Some people will try to tell you that kids being taken from their parents is an earlier policy, and the current administration has to follow it. That’s a lie. This is a new policy. Want to learn how it was handled in the previous presidency? Listen to today’s PBS NewsHour program where they talk with the former head of Border Protection (the segment is about halfway in).

But fine. Let’s pretend for a minute it was a previous policy and we’re just finding out about it. How is that better? The current president has the power to stop it. We know this because we’ve seen him reverse (or attempt to reverse) every Obama policy he knows of; even the policies he agrees with. Trump started this policy and he can stop it.

– Some people will try to tell you the policy is a law, and citizens have to follow it. Again that’s a lie. There is no law. None. Zero. The administration is choosing to do this.

But okay. Let’s pretend again that there is a law. Our Republican president has a Republican majority in both the house and the senate. Working together, they could easily change the law today. There’s zero excuse for continuing this evil practice.

– To be clear, this is 100% squarely on the shoulders of Trump and his team — particularly Jeff Sessions and Stephen Miller. He put the policy in place, and he could end it right now. I think it’s important to keep that fact squarely in mind, because he and his team keep trying to shift the blame, which will never solve the problem. They need to take responsibility and reverse course on this policy immediately.

UPDATE: It was reported today that the White House will not consider standalone legislation to stop family separation. They’ll only consider legislation that includes funding for a border wall, etc. Confirmation that these children are indeed being used as pawns.

– Outside of a small number of cult-like Trump devotees, I can’t imagine anyone on either side of the aisle who is happy about this — I know Laura Bush spoke out yesterday. Which means, wherever you stand politically, we can work together to get our country’s leaders to reverse this harmful, awful policy.

If you’re sick about what’s happening, and we all should be, here are some actions we can take:

Participate in this letter writing campaign.
A reader named Alexis emailed me today and said, “I’m writing you from New York City where my friends and I are working on a letter-writing campaign — gathering notes to elected leaders regarding the cruel act of families being separated at the U.S. border. The letters will be hand-delivered to government leaders later this week. We’re hoping to gather hundreds with representation from every state.

We’d love to extend the invite to submit letters to you and your readership. All letters can be emailed to stopborderseparations@gmail.com by Wednesday, 6/20. They should include at least the zip code of the writer. We’ll take care of printing and delivering the letters.

All you have to do is email. They’ll take care of the printing and postage.

Call your representatives.
Click here to find the number. Here’s a basic script:

“Hi, my name is [YOUR NAME] and my zip code is [YOUR ZIP]. I’m urging the Senator to denounce Trump’s family separation policy and use all of Congress’ authority to stop it.”

Related, the Democrats in the senate have a bill to bar kids being taken from their parents at the border. At last count, every Democrat in the caucus has signed on. No Republicans have. Make those calls!

If you have the means, donate to a group who is trying to help these kids being taken from their parents.
This is the one I chose to donate to.

I’d love to hear how you’re handling all this news about kids being taken from their parents. Do you have a good way to take action? Please share it in the comments. Any new stories or reports you’ve read that have clarified things for you? Any information you’ve seen that you don’t think is being widely shared? Please feel free to chime in.

P.S. — The cartoon at top was drawn by Dr. Suess in 1941. He was criticizing America’s policy on denying European Jews safe-haven during the Holocaust. Note the slogan on the mother’s shirt.