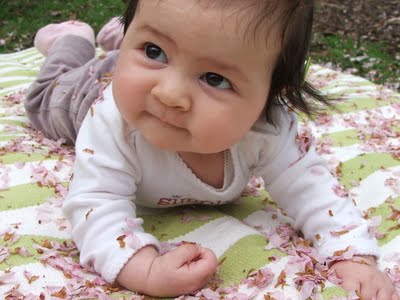 I am the kind of person who always wanted parenthood, and early. I married my dream-boat husband who felt the same way, and we felt certain we would have at least four children by the time we were thirty.

Flash-forward 5 years — to us, the couple still waiting and gritting our teeth as well-meaning folk enquire after our lack of offspring. We discovered we weren’t conceiving quite as easily as those frisky teenagers would have you believe it is to do so, and so paid an awkward visit to our doc.

After some tests, we were thrilled to learn we qualified for free IVF treatment, because yup, the tests confirmed it wasn’t going to be as easy for us as it is for some. There were also of course the inevitable accompanying feelings of disappointment that came with this revelation – which often resulted from comparing the new proposed method of conception to the usual and more common alternative. While IVF is very sexy, (ahem)…there’s a lot to be said for the way things have been done since Adam “knew” Eve. For starters, you can be in the room when your baby is made.

We got past that. Emphasizing the positives went a very long way. For starters, we weren’t going to have to pay for this miraculous aid – incredible. My heart goes out to hopeful parents who have to save money to go through what we did. Further, what a blessing to learn so early we would benefit from a fertility clinic’s help! I was 24 when we turned up at their door — how many women have had 5 years marriage by then to establish what we had? Yes, I married young. Yes, I think my LDS upbringing has a lot to do with me being the youngest muchacha at the clinic. As I read through trends and statistics relating to the procedures I was about to dive into, it was reassuring to know that I belonged to the age group with the highest success rate on every table and graph.

We then took our place on a waiting list, and counted the months until it was our turn to be a part of the wonderful world of science labs, and our DNA hangin’ out in them.

I made friends and enemies with a wide variety of pills, needles, and waiting rooms. I prayed a lot. I learned to believe in miracles at the same time as preparing for the possibility that I might not be the person being served one just now. That balance between having faith things will work and preparing yourself for reality is IVF’s tight-rope. I believe in doing both, over and over; repeat the statistics to each other, and the possibilities (we did it out loud together), but always believing you can beat all odds anyway, and saying so.

My body did more than its part in response to the treatment. In fact, my ovaries hyper-stimulated — which, in simple terms, means the drugs worked too well; I produced too many eggs, and my body spread itself too thin; instead of 10 or so follicles coming to the party, 80+ of the fellas stood up tall and gate-crashed my reproductive system. Collection was delayed until it was deemed safe. And after the painstaking waiting and that colourful collection day in hospital, I was advised implantation would also have to be delayed until my over-enthusiastic ovaries settled back down. A few eggs had survived the overcrowded bash inside my grapefruit-sized ovaries and were successfully fertilized – becoming embryos, that were frozen until I was given another green light.

My next cycle the doctors did their best to thaw and salvage just one of those embryos. They got one. I returned to the hospital, had the implantation procedure, and resumed the waiting game.

I still remember the day one of the clinic nurses called with my pregnancy test results. A small group of my students were still hanging out in the classroom, and I was making visuals, chatting, and doing a pretty fantastic job of distracting myself until that climactic call came. I went outside, clutching my cell-phone to my ear on the stoop outside the door. I stared out at traffic as the nurse offered a flat “I’m sorry” before and after reporting my test results were negative. Attempting to focus on the future and the up ‘n’ up, she said we could always try again. I was to let them know when the current embryo made its exit (as it hadn’t yet – so I had been hopeful until that very moment), and advise them upon the arrival of my next cycle so that we could begin manufacturing a “hospitable environment” in my womb once more.

My eyes glazed over while I mimed out acceptance. I went and straightened papers on my desk until the room was empty. Then I sat fairly stationery until my husband picked me up.

We did our best to lose ourselves in each other’s company that night. It worked pretty well — the disappointment didn’t hit me until the first time I was alone. And then again when the reminder of the procedure’s failure came in the form of a late and heavy period.

And so the waiting continued for the next “time of the month”, so we could start again. We waited.

But a “next cycle” never came.

And so it came time to pee on a stick. Which was when we discovered after 6 years waiting – including 1 year of poking, prodding, jabbing and whatnot — we had conceived naturally. 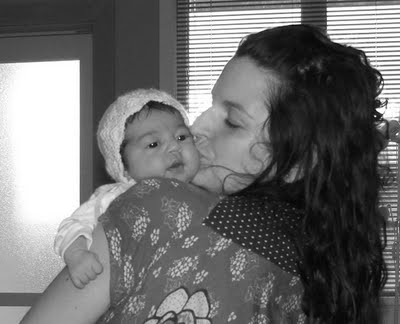 Our baby girl, nicknamed “Esky”, has just passed the 6 month mark. I know we’re not the only parents that gaze upon our little one and think, “What a miracle you are”, but I would like to think I drink in her smell and mentally record her smile and laughter with a little more fervour than I might have. And boy does she smell, look and sound delicious. I’m grateful like I’ve never been before.

From Angela Noelle of Striking Keys (See more of the story here.)