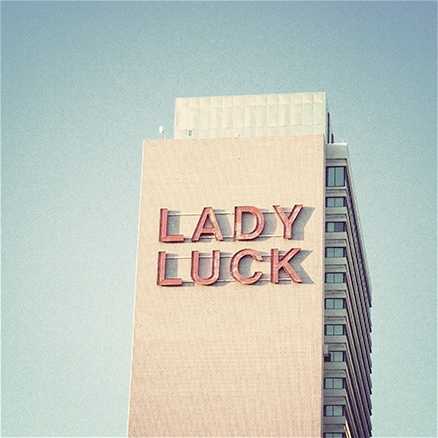 image via Design Crush, via baumich

It came as no surprise to me when I struggled with infertility. After a few months of trying for pregnancy the conventional way, I visited a doctor. I submitted to a series of medical tests, gave the doctors plenty of my blood, and had ultrasound upon ultrasound. After all the tests came to an end, the conclusion was as expected: I rarely, if ever, ovulated. While most women have about a 20% chance of getting pregnant each month, my numbers were more like 20% each year. At that rate, if I was lucky, I could possibly have 1 or 2 children by the time my child-bearing years came to a close. Or, I could have none. Percentages just work like that sometimes.

First things first, I started on Clomid. After several attempts and increased dosages, this was ruled ineffective. The failure of Clomid was unfortunate. It was, far and away, the cheapest way for me to get pregnant. The next option was injectable drugs combined with artificial insemination (think turkey-baster) – fairly inexpensive, with a 10% chance of success.  I was skeptical of this option, as it often produced more than 2 eggs. And with more than 2 eggs, you sometimes get more than 2 babies. That was not a risk I felt comfortable taking.

We decided instead to try invitro-fertilization (IVF). And the next few months are part of what I now see as a comedy of errors. While not so funny at the time, each month brought a different problem – a problem that certainly didn’t end with a pregnancy.  My 3 day business trip – the only business trip I had in a year’s time- fell exactly during the time I had to be in town. The next month, the way I mangled the instructions for the injections certainly helped put my ego in check. Then I had to be out of town for my brother’s wedding. Finally, in January 2008, the pieces came together. I figured out how to follow instructions and appropriately injected the medication. My body finally got the combination of hormones it needed to produce some viable eggs. And produce it did. I went in to the doctor to have my eggs removed, and 36 eggs later, I was ready to go home.

Not all the eggs were good quality, but after 5 days I had 6 healthy, strong embryos waiting to turn into cute little babies. I went back to the doctor to have one of those embryos implanted into my uterus. I lay down on the table, just minutes away from the moment I’d been waiting for. My chance at pregnancy. The nurse began with an ultrasound; she gave me a worried look and left the room. She returned with a doctor. He looked at the ultrasound and repeated her look of concern. He then told me that they would be unable to perform the implantation that day. I’d developed ovarian hyperstimulation syndrome (OHSS). Instantly, I was overcome with sadness.  I knew that OHSS could, in some cases, be fatal in pregnant women, but I really didn’t care. I thought to myself, “I don’t care if I have to be hospitalized, PUT THAT BABY IN ME.” But I didn’t say that out loud. I knew the doctor and my husband would not allow such a risk to be taken. I slowly trudged back to the car. My time would come. Hopefully.

My six embryos were placed in the freezer. I only had one more month to try before fall, as Joel and I were spending our summer in Michigan. I was going to be out of the country for one week during the month of opportunity, but as long as I had my medication with me, that week in Mexico wouldn’t cause a problem. I confirmed with my nurse that the prescriptions were into the pharmacy, and the day before getting on the plane, I went to pick them up. Just as I should have suspected, the pharmacy had no record of my prescriptions, and my doctor’s office was closed. I called every other pharmacy I could think of. Nothing. My only hope now was that a pharmacy in Mexico would carry the drugs – and in Mexico, you don’t need a prescription. Random fertility drug carried by a Mexican pharmacy? Not my luck.

Somehow, my body actually did what it is supposed to do, and I managed without the drugs (this has never happened since). A few weeks later, a thawed embryo was placed inside me. Two weeks after that, my amazing nurse Chris called me with the news that I was pregnant. I was shocked. Thrilled, full of joy, giddy, but still, shocked.

2 years and 4 months after our first attempt, and 1 year and 8 months after first engaging the miracle of science, a baby started to grow within me. A miracle indeed.