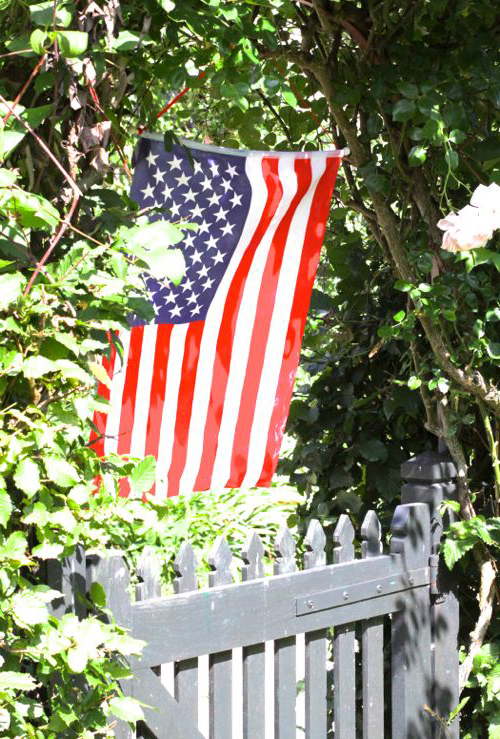 It’s the 4th of July. Independence Day 2018. How are you feeling about America today? Are you able to set aside concerns, and enjoy the celebrations? Are you experiencing complicated feelings today? Maybe you’re embarrassed of America? Maybe you’re feeling like you want to rally for America? Take back your country?

Last year, I remember the 4th of July felt very different to me. I don’t yet know how I feel about it this year, but I wanted to share a few quotes and stories and poems that stood out to me this morning and gave me food for thought:

“I love America more than any other country in this world, and, exactly for this reason, I insist on the right to criticize her perpetually.”

For the first time since Gallup polled this question, fewer than half of adults in America say they’re extremely proud to be Americans. A positive take? The same groups feeling less patriotic — Democrats, non-whites, women, and young people — show the most motivation to vote this fall.

“We aren’t an ethnostate. We’re a creedal nation composed of many groups. We can’t rely on culture and language and long centuries of shared history to do the heavy lifting of creating a shared sense of identity. We have to create it through ritual and reassertion of the creed.”

“So sing the anthem today. And read the Declaration of Independence. And celebrate your country, and every one of the 325 million people who calls the same place “Home”.”

“Our country’s greatest strength has always been our ability to make it a more just and equal place.”

Myke Cole, a veteran, wrote about how we talk about those who have served (or are serving) in the military:

“Fetishizing veterans makes me feel isolated and alien. I did a job, and I was paid to do it. I don’t need special treatment or care. If America would simply provide medical care to all, it would cover veterans’ needs. What I want, more than anything, is to be like everyone else.”

I found the responses to this tweet very enlightening. If you’re active duty, or a veteran, I’d love to hear your thoughts on this. How do you want to be talked about?

“A poignant reminder—one people should heed—of how little we discuss our obligations to the people in countries we went to war with — the victims there weren’t just adult soldiers. Millions of kids grew up under bombs. If it’s hard for adult volunteer soldiers, imagine children.”

“We act like the Iraq War never happened; Afghanistan doesn’t exist. Yet the way that war was conducted paved the way for a big chunk of the problems roiling the world. Practically no accountability. And then puzzled “how did we get here” questions. History doesn’t start in 2016.”

“I hate how toxic nationalists and Trumpists have made patriotism, how they’ve perverted it into a weapon.”

“I love the aspirations of this country, even though we’ve never fully lived up to them. I love how so many people have fought for those aspirations despite the odds being stacked against them and having the hatred of so many bogging them down.”

“I love how people continue to fight despite every setback and backbreaking hope. I love the goodness of Americans when it actually shines.”

“Patriotism isn’t blind love of a country, it’s the willingness to strive and bleed to make it better. The willingness to fight through all the ugliness for something kinder and stronger even when all evidence and history says it’s a failing battle.”

“Patriotism is refusing to give up your country to those who would ruin every last good thing about it and sully its name forever more.”

“Children represent themselves in immigration court. Their feet dangle from the chairs. The adults in the room smugly sit in their business suits, write in their leather notepads, and use big words.”

And shared a video of toddlers having to represent themselves in court. I think we can all agree this will go down as one of the most shameful things that has ever happened in our country.

Someone yelled at Touré: “You can leave the country any time you like!”

He responded: “Actually, I can’t leave America because I love it in a way that’s more profound than your small mind can comprehend. I’m not proud of America now but I won’t abandon it because it’s sick. I’ll stay and fight to return it to a place I can be proud of. That’s what true patriots do.”

“242 years ago, we set out to build a more perfect union. We’re not finished yet. Happy Fourth of July.”

I, too, sing America…

Tomorrow,
I’ll be at the table
When company comes.
Nobody’ll dare
Say to me,
“Eat in the kitchen,”
Then.

Besides,
They’ll see how beautiful I am
And be ashamed—

How about you? Any poems, quotes, or patriotic hymns on your mind for Independence Day 2018? Do you read the Declaration of Independence to mark the day? Maybe host a BBQ? Or make Flag Cake?

My three youngest are helping out at local parade this morning, so I’d better wrap this up and go get them ready, but if you have a chance to check in today (or tomorrow, or whenever), I’d love to hear how you’re feeling about Independence Day 2018, and about America.