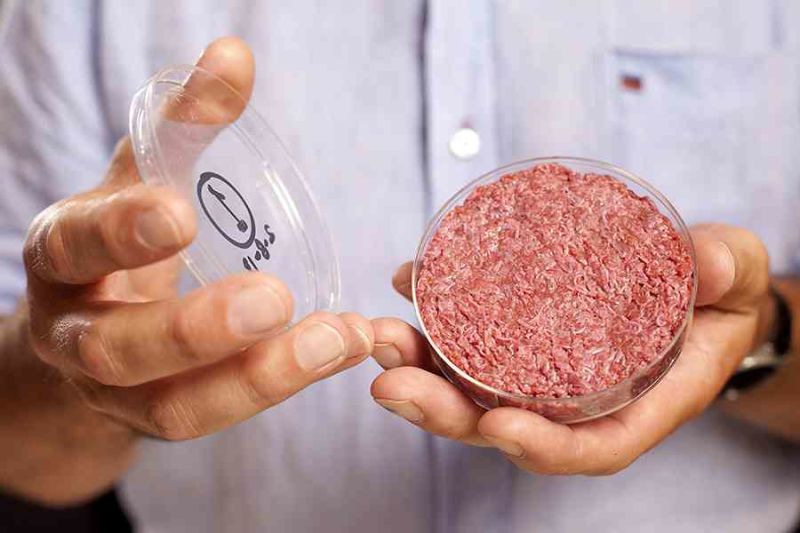 This is a pretty darn random topic for December 2nd, but this is what I woke up thinking about: Lab Engineered Meat.

Have you read anything about this? Apparently, there are companies getting closer and closer to creating meat without having to kill any animals. Looks like meat. Tastes like meat. Cooks like meat. Is meat. But it’s created independent of a whole animal. The idea is that we’ll be able to manufacture ready-to-cook chicken thighs (no skin, no feathers), or a side of bacon, without growing actual chickens or pigs.

I realize the whole thing feels very sci-fi, but it’s something that has been predicted for a long time. In fact, the wiki page about in vitro meat has this quote: “We shall escape the absurdity of growing a whole chicken in order to eat the breast or wing, by growing these parts separately under a suitable medium.” — Winston Churchill, Fifty Years Hence, The Strand Magazine (December 1931)

I keep seeing articles about this future meat and they’ve made me curious. For those of you who already eat meat, how would you feel about eating lab-grown meat instead? Does the idea gross you out? Is your instinct that you want to stick with the “real thing”or only eat natural food? Or would it be a relief to you to eat meat that you don’t have to worry about? No crowded animal cages to think of. No documentaries about the meat industry to feel guilty over.

For those of you who are vegetarians or vegans, what are your thoughts on this? Would you eat meat that didn’t require any animal death? Or any animals at all? I know there are many reasons for choosing a non-meat diet. For some people it’s health, for others it’s a ethical issue, and no doubt there are a dozen other reasons I haven’t really considered. For those of you who choose not to eat meat for ethical reasons, do you ever miss eating meat? Would engineered meat change your options? I ate a vegetarian diet through 3 years of college, and I missed eating meat pretty much every day. I started eating it again when I was pregnant with my first baby, and I’ve never given it up since.

I’m also thinking about my friends who farm animals for meat. I’m thinking of Mary Heffernan who I’ve featured here on Design Mom, or Diana Prichard who I traveled to Ethiopia with, or my next door neighbor in France, Madame Lucienne who raises cattle for beef. I assume there are thousands of animal farmers who would be impacted by this the development of engineered meat in a big way. And that reminds me of  tobacco. I remember reading once about how the tobacco farming industry was decimated when smoking became widely unacceptable. Will something similar happen with the meat industry? Will we decide as a society to stop raising animals for meat?

Anyway, totally random, but I would love to hear your take on this! What’s your instinct? Yay or nay to in vitro meat?

P.S. — Somewhat related, a couple Fridays ago I shared a link about veggie burgers that “bleed” like meat. I had no idea, but apparently plants have “blood” that tastes just like animal blood. I found this so fascinating!