Way back in February of 2011, the very same month we moved here, I wrote a post about how we shop and eat in France. That post is still very accurate — especially my list of notes at the end — but I thought it would be fun to give an update now that we’re heading into our last 3 weeks of living here (we move on July 15th). Once again I’ll make a list because lists are my favorite for organizing my thoughts. 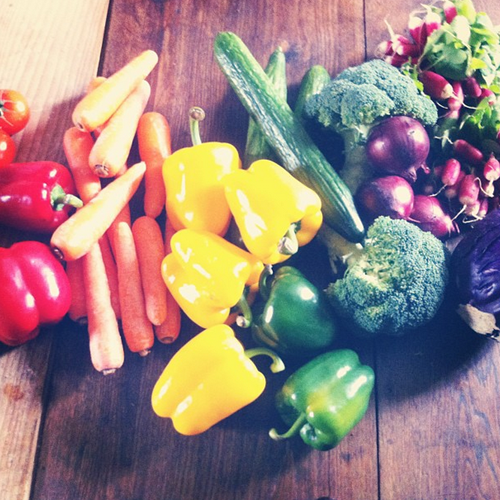 – We no longer buy fresh milk from the farmer’s market — because we buy it from our neighbor instead! : ) We leave a traditional milk can at the barn door, and then swing by later to pick it up, all full. This is raw milk, unpasteurized, and really, really creamy. Some of our French friends recommend that you heat it till just before boiling to kill off any germs. Others say it’s fine to drink it raw. We’ve risked it and consumed it without heating with no ill effects, though we’re just as likely to use it for baking, cooking or hot cocoa, which means it’s getting heated anyway.

We also buy milk in plastic bottles from the grocery store. One thing that’s funny for Americans to get used to: the bottled milk isn’t refrigerated! And it will sit happily on your pantry shelves for months. Note: you can get refrigerated milk, but there is a very small selection compared to the options with a longer shelf life. We like to keep a stock of the store-bought milk so that we always have a ready supply on hand even if we didn’t have time to run to the neighbor’s house. Or for those times when we realize we’re out of fresh milk on a Sunday — which is considered a family day, when it’s bad form to visit your neighbors.

– We also buy eggs from a different neighbor. I’ve written about that here, and there’s an Olive Us episode about it as well. The eggs are really, really fresh! And the yolks aren’t even a little bit yellow — they’re bright orange instead. Eggs are not refrigerated in France, they’re kept on the counter. But I confess, we tried counter storage for several months after we moved here, and then put the eggs to the fridge when we were heading on a vacation, and somehow never moved them back to the counter. Hah! I guess some habits are hard to change.

Just like with milk, we sometimes buy eggs from the grocery store too — because our schedule and our neighbor’s schedule don’t always align just right. One other note on eggs: for boiled eggs, we actually prefer the grocery store eggs. From what we can tell, older eggs peel more easily when boiled. 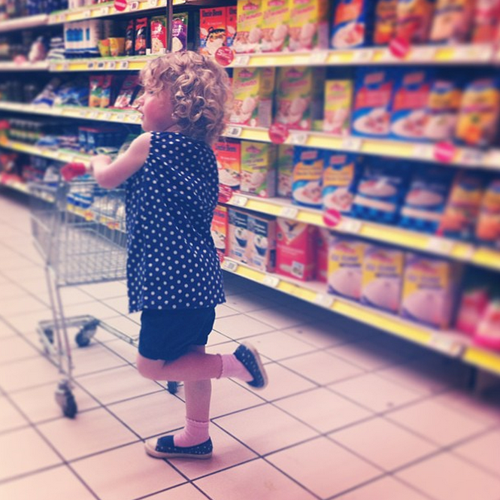 – During our time in Colorado, we spent some time focusing on eating “healthy”. I put the word “healthy” in quotes because it’s become to clear to me that healthy means vastly different things to different people (remember this discussion?). In Colorado, for our family, part of eating “healthy” meant limiting the meat we consumed to 2 or 3 meals a week, and cutting down on animal products in general. We ate heavy on the grains instead.

But in France, as you can probably guess from the mentions of milk and eggs, we eat an animal based diet. We eat dairy, eggs and meat at virtually every meal. Don’t worry, we eat lots of fruits and vegetables too! But we are far from vegan or vegetarian. Honestly, I can only think of one vegetarian I’ve met in my entire time here — the daughter of my friend, Caroline — and apparently she’s not that strict about it. And I’ve truly never heard of a vegan here! Frankly, Normandy butter is so good that it might be impossible/illegal to be a vegan in this region. (Joking, of course!) We eat far less grains, though we do enjoy an almost daily baguette.

No doubt, things are different in Paris (I feel like Paris stands apart from the rest of France, in the same way that New York isn’t really representative of the U.S. as a whole), but in the countryside, eating “healthy” includes consuming lots of animal products. And we have intentionally tried to adopt local eating habits as part of our experience of living in France.

– Speaking of meat, it’s very fresh. For example, when we need ground beef for bolognaise sauce, we head to the butcher — either a dedicated shop or the butcher within our grocery store — and place an order. We then see the butcher go to a carcass hanging in the back (think: Rocky), slice off a section of meat, and grind it right then and there. Another example is our Thanksgiving turkey, which was killed and prepared especially for us the day before Thanksgiving. You can read the full story here. 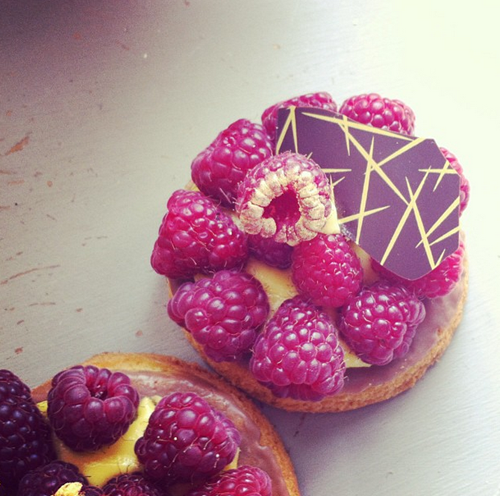 – We’re less likely to eat food from other cultures. In America, it’s so common to eat Italian one night, Vietnamese another, and Mexican on Taco Tuesdays. But in France, that’s far less common. The French mostly eat French food. (Again, Paris can be different.). The typical mid-day meal consists of a main course meat with a sauce and 2 different vegetables. Of course, you can get things like stir fry ingredients, but eating something like that as part of regular menu would be unusual.

– We still enjoy shopping at the Farmers Market, but we buy lots of produce from the big grocery store as well. Sometimes it’s just more convenient — because we can pick up our laundry detergent and school supplies at the same time. And the grocery store carries an excellent selection so we don’t feel like we’re getting the shaft.

– Big grocery stores don’t offer bags, either plastic or paper. You bring your own bags, and you bag your own groceries. If you forget a bag, you can simply load items directly from your grocery car into your trunk (where they may or may not roll around), or you can purchase reusable grocery sacks at the store.

– There is no such thing as stray grocery carts in the big grocery store parking lots. To get a grocery cart, you put a coin into the cart itself (either a 1 euro coin or a 50 centimes coin — a British pound fits as well) and the cart will unlock from the other carts. When you’re done with your cart, you lock it back up and the coin will pop out and return to you. Everyone puts away their cart. Period. And carts are kept outside, so you grab one before you head into the store. When we first moved here, it actually took us several visits to figure out the cart system. Hah! 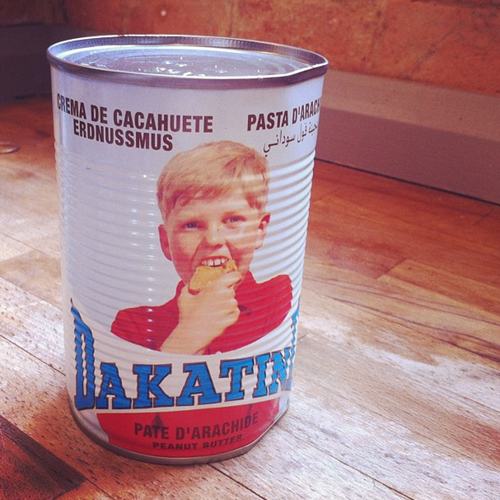 – In the 2 1/2 years we’ve lived here, we’ve seen an increase in American food products that are available — like small packages and boxes of Oreos and Ritz and Philadelphia cream cheese — they’ve started carrying Method products too! For peanut butter, we’ve been able to find an option (pictured here) in the Middle Eastern food aisle. But mostly, we stick with French brands and French foods. We’ll have lots of chances for American food when we move back.

This post is getting looong, so I’ll wrap it up now, but I’d love to hear: If you moved to France, do you think you would adopt the local eating habits? And what are your thoughts on the animal-based diet of the Normandy region? (Normandy is famed for it’s dairy products — butter, cheese, yogurt, cream — it’s all excellent!) Could you replicate your current eating habits in another country?

P.S. — There are lots of books and articles about how French kids aren’t picky eaters, and how French women don’t gain weight despite eating whatever they want. The French food culture is truly unique and endlessly fascinating! But I feel like that topic is a whole other post. I’ll try to write up my thoughts soon…