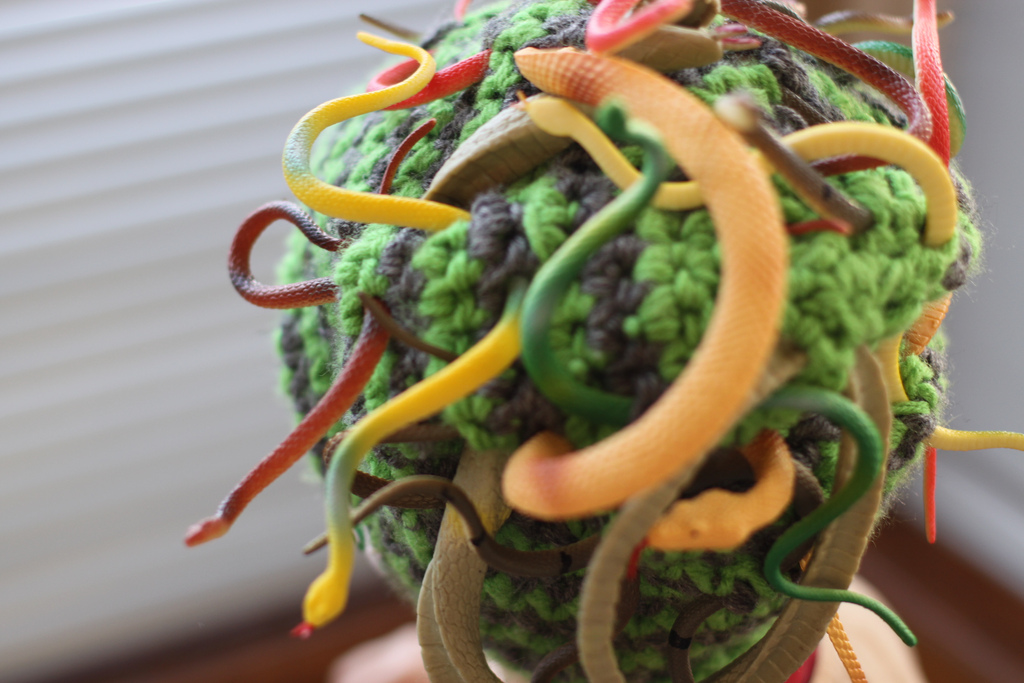 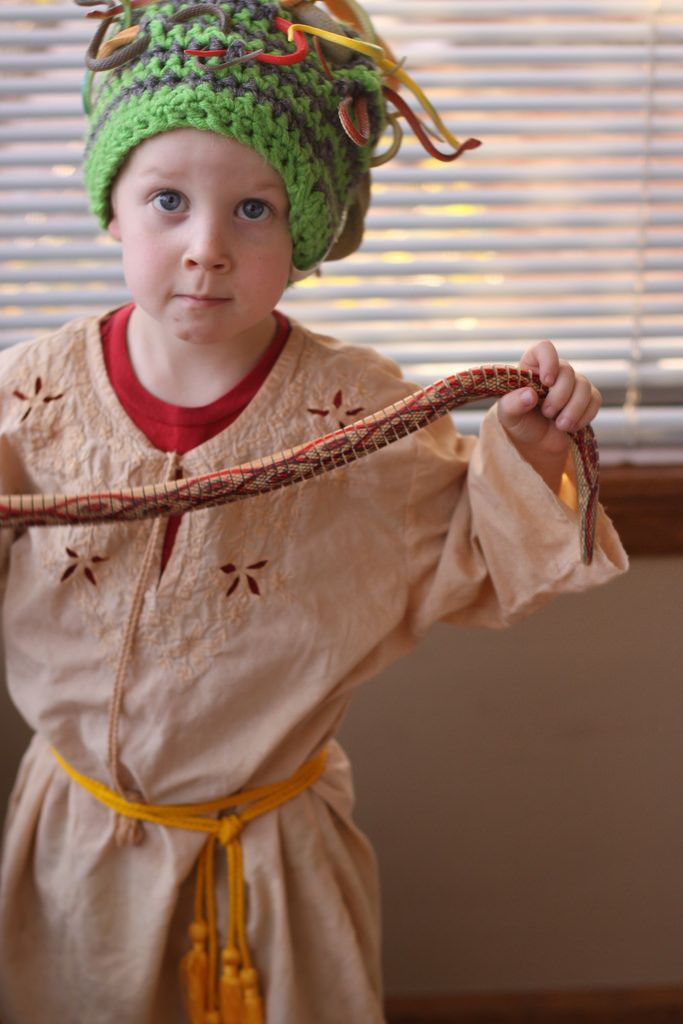 Medusa.
Found a thick knit ski cap at the thrift store. Found different-sized snakes at toy stores in the area and wove them through the cap. Love how the headpiece turned out, but didn’t love the rest of the costume — I want a redo on this one. Oscar went back and forth on this costume for weeks. He was pretty sure he was actually going to be able to turn people to stone once he had the costume on — and that was stressing him out. Also. He had no issues that Medusa is a girl. In fact, for awhile he was trying to talk Ralph and Maude into being the Gorgon Sisters with him. (His current favorite book is Greece! Rome! Monsters!) 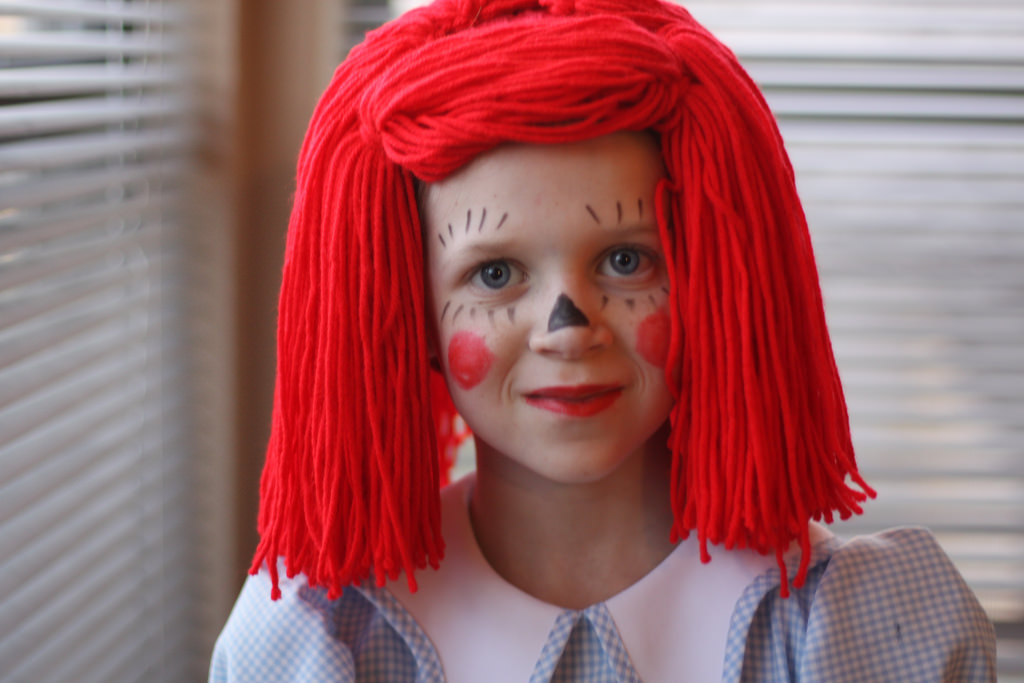 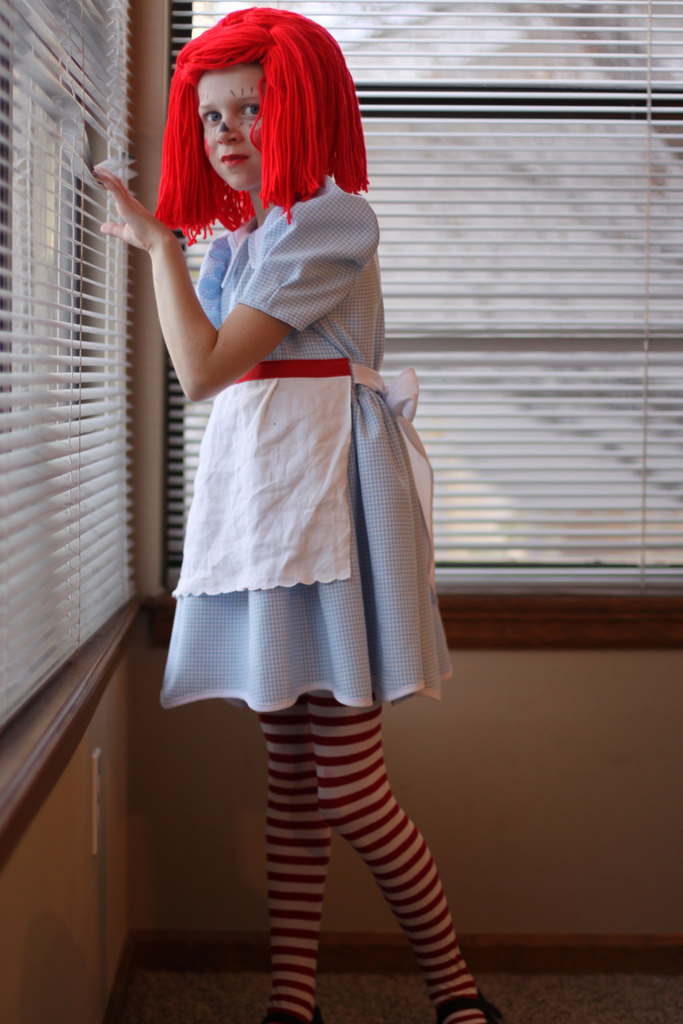 Raggedy Anne.
Found the dress at a thrift store and added the apron. Made the wig by attaching red yard to a red knit snow cap. This was my first attempt at making a wig. Not bad. Tights from the costume store. Ordered bloomers from Amazon, but when they arrived they were too silky and looked like lingerie. So we skipped them. I love classic costumes like this. 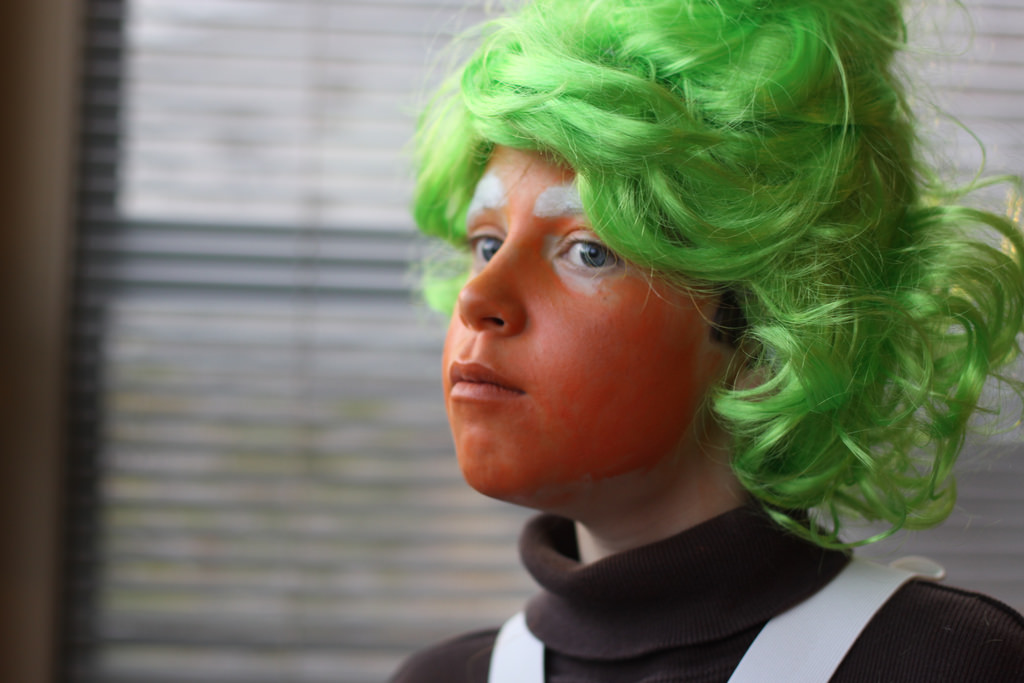 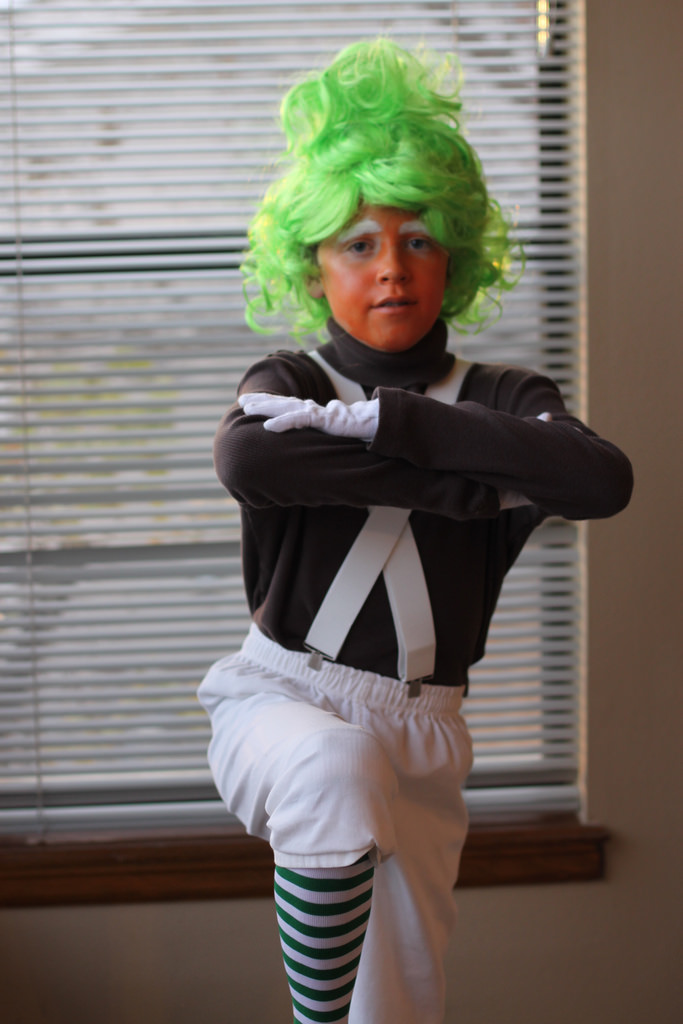 Oompa Loompa.
Found brown turtleneck at the thrift store. Gathered some white karate pants from our dressup box at the knee for the knickers. Ordered the wig, suspenders and socks from Amazon. The wig had to be trimmed and styled a bit, but it works. Ralph has performed the Thriller dance twice in this costume (at the school dance and at the church party) — I’m glad he can move easily in it. 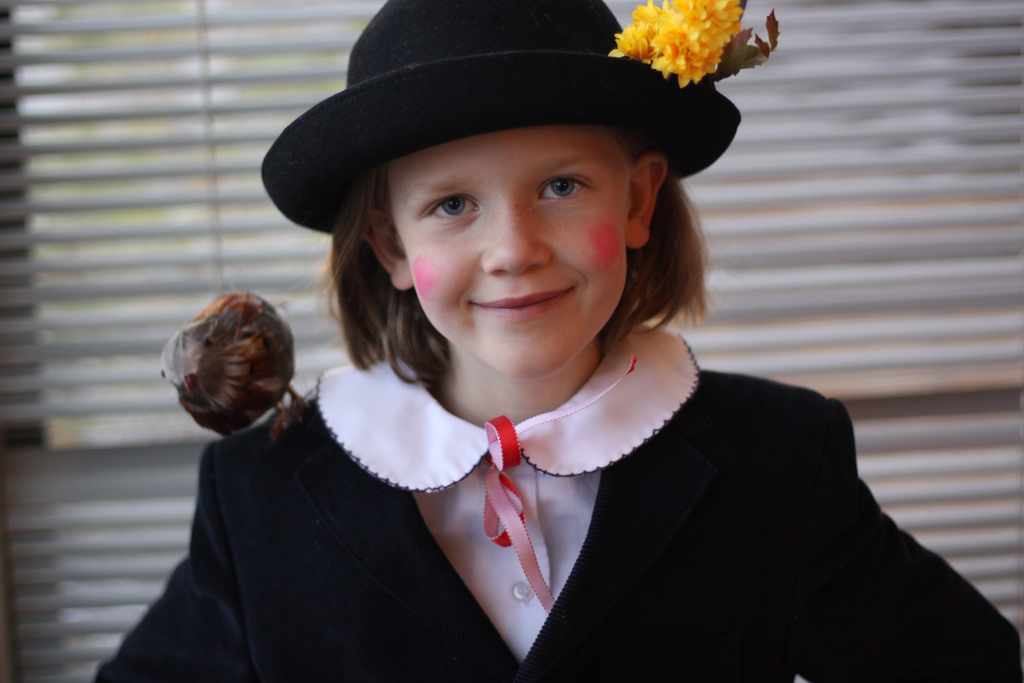 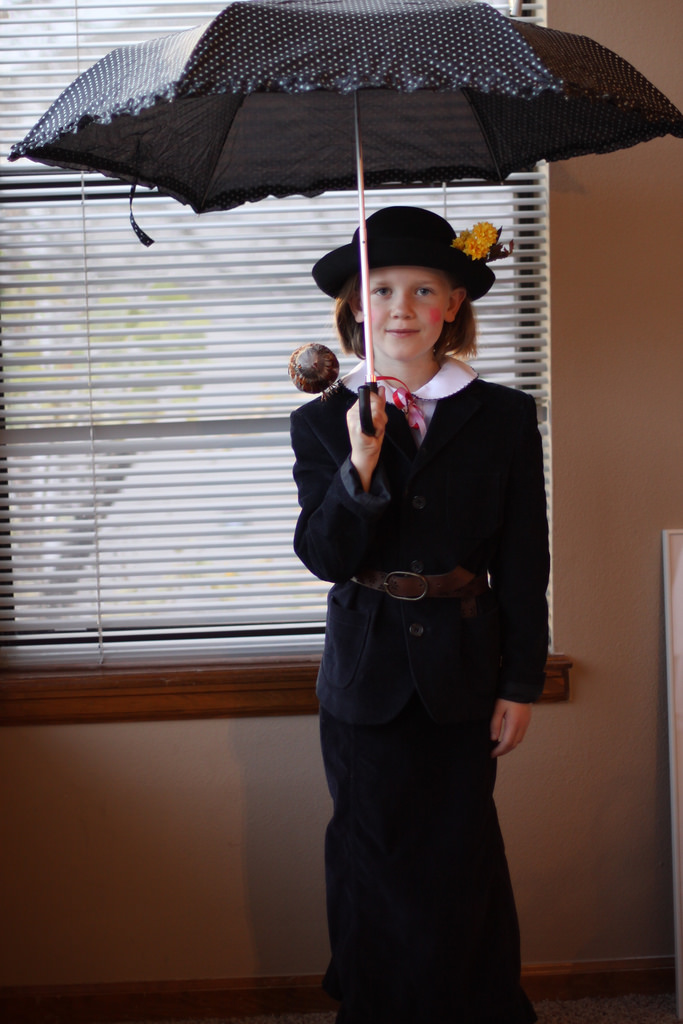 Mary Poppins.
Made adjustments to a skirt and blazer found at a thrift shop. Attached bird to shoulder with a safety pin. The more I stared at the details in photos of Mary Poppins, the more I felt like we were missing the mark here. But. Olive loved this costume. And. She won best costume at the Trunk-or-Treat parade — so who knows? 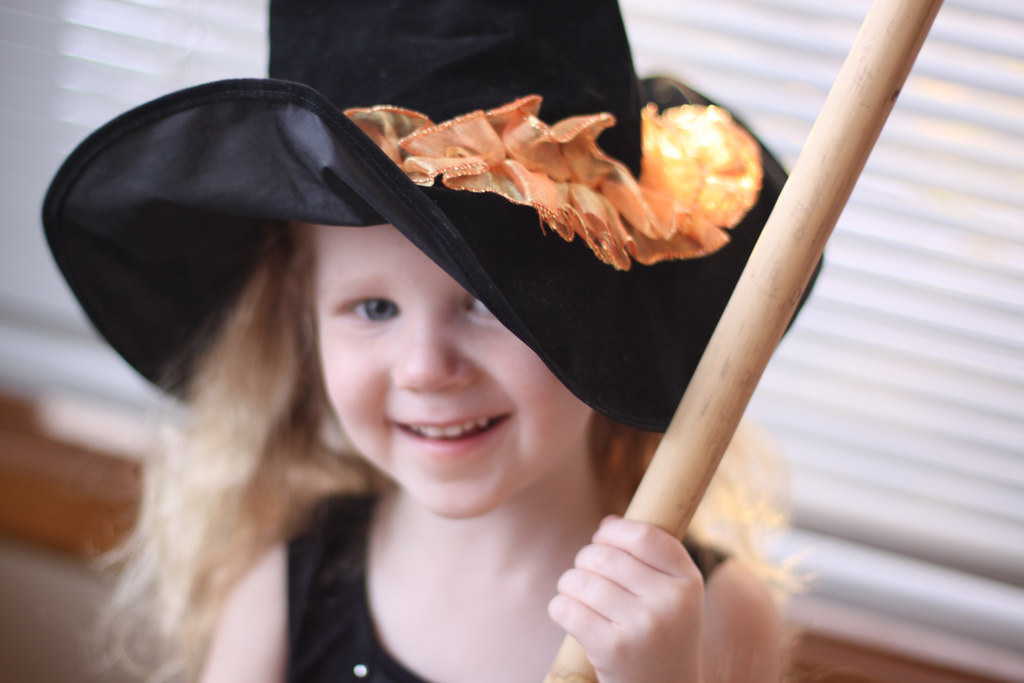 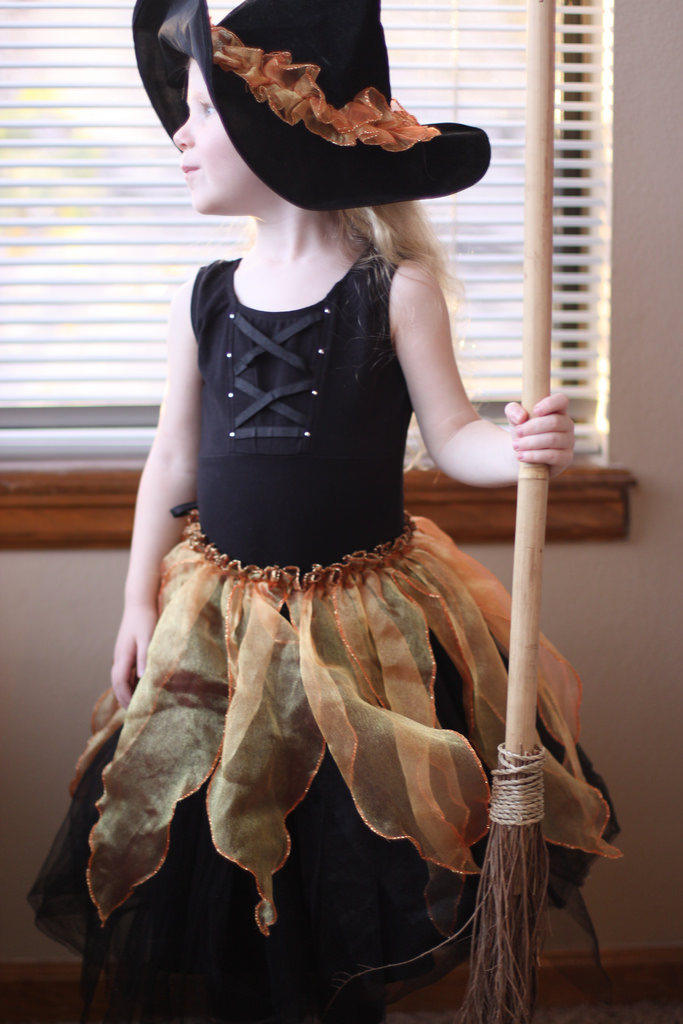 Witch.
Bought a leotard at Target and recycled witch and tutu accessories from past years. It was very important to Betty that everyone was informed she was a nice witch. Also. Sometimes she’d call herself a princess witch. She loves this costume, but I bet she’d love it even more if it was pink.

Mom, you can find a million more photos of this year’s (and last year’s) costumes here. Oh! And don’t miss my sister’s spooky ghost photos here.