Growing Up in France from Sarah 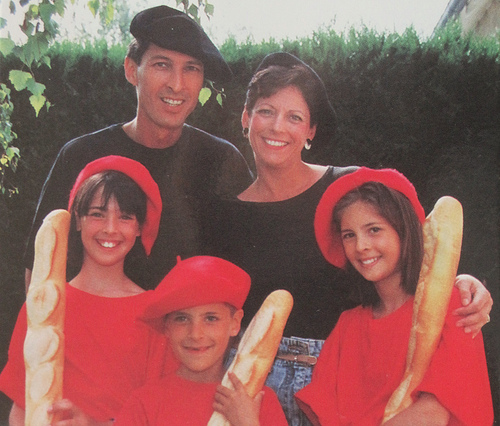 Note from Design Mom: While I’m busy with the move to France, I’ve got a crew of talented Guest Moms filling in for me. Today, Sarah is sharing her story of growing up in France. Don’t you love this themed family photo? Enjoy!

In 1989, my parents became Christian missionaries and moved our family to France. I was seven, and my younger siblings were five and three. At the time, we had no idea how this decision would change our lives. We just knew that something exciting was happening!

We spent one year in language school in a small town in the southwest of France, but I don’t remember much about how I learned to speak French. In the mornings, we gathered in a special classroom where we were explicitly taught French. My teacher knew precisely two words in English: “shut” and “up”. But somehow, I magically spoke the language pretty fluently by the end of that school year. In fact, it became so natural that my sister, brother, and I started using “Frenglish” around the house. When we transitioned to outright French, my parents tried to outlaw the use of it at home…. they claimed they were worried we would lose our English. (But I think maybe they were just jealous of our flawless accents!) 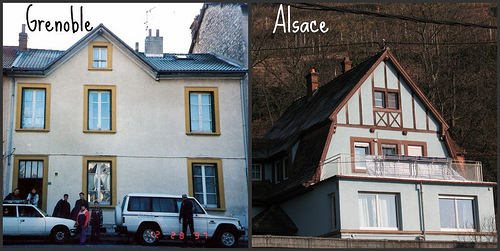 We moved around to different parts of France every few years: Orleans, Grenoble, Alsace. The one thing that was a constant were the public French schools I attended. The teachers were super strict. The subjects were academically rigorous. The lunch break was long (90 minutes!). And with every new school came curious, soon-to-be French friends who would ask me all sorts of questions: You’re American? Do you know Michael Jackson? Do you eat hamburgers for breakfast, lunch, and dinner? Say something in English!

There were perks to living in France, perks that I completely took for granted. When we lived in Grenoble, my fourth grade class went skiing in the Alps to fulfill a PE credit. One year, we took a field trip to the WWI trenches. During our summer vacations my parents would drive us to Spain, Portugal, Switzerland, Germany, Holland. We took the ferry over to England and swapped houses with another missionary family. At the time, I thought these were completely normal experiences. 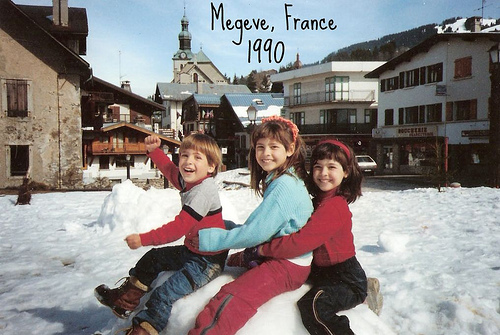 All of this served to blow my worldview wide open! I got to see, taste , and experience things I otherwise never would have. But truthfully, I didn’t see it that way when I was growing up. I thought we were just another normal family. I whined on long car trips across Europe. I craved American junk food like donuts, Oreos, Butterfingers, and root beer. And when I got a little older, I became increasingly dissatisfied with the lack of any shopping malls. 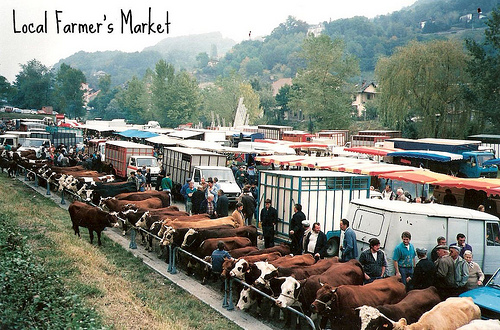 These days, I’m incredibly grateful that my parents insisted on dragging me across Europe. It taught me to be open-minded, to respect other cultures, and to see that a smile needs no translation.

I have no doubt that the Blair children will come away from all of their adventures in France with the same appreciation as I did! Just remember to pack some extra junk food!