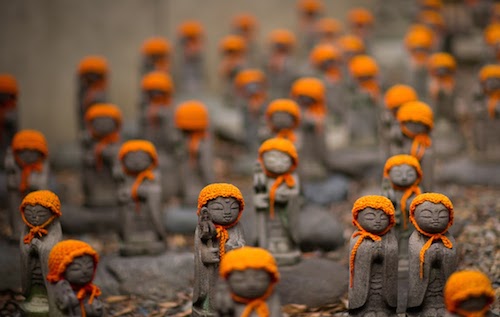 When Lauren Graeber contacted me, she thanked me for this post which she had forwarded to a friend who was sitting vigil with her new daughter in the NICU. In Lauren’s words, “I know in my own life hearing from people on the other side of a shared trauma is powerful. Sending her the link to Monica’s experience felt like I was able to offer my friend something I couldn’t give her myself, words I wouldn’t have even know to say.”

But what’s even lovelier, perhaps, is what Lauren did next: write the account of her life-altering and mostly lonely experience with miscarriage, and share it with the rest of us. Sweetly, she ended her note with “I don’t know if anyone needs to hear my story. I know I needed stories in the months and years after my miscarriage. So I thought I’d offer mine in hopes that, like Monica’s story, it could be a help to another woman.”

On the day I lost my first child, I didn’t know it was happening.

Like all mammals, raising our young in utero means we’re mostly blind to the process as it is happening. Sure, modern medicine has provided us unprecedented information about how we mature from cell to person, but for the average expectant mom on an average day, her detailed knowledge about what’s happening in her body is fairly slim. All she has is empirical information from her changing body, a vast array of emotions – many of them strong – and the Internet.

There had been clues, so I suspect I was beginning to know. I was bleeding. My doctor had called me back after-hours, during dinner in fact. On the phone she had ordered me to come to her office. She had used the word hurry.

Walking the halls of the quiet office I began making grand bargains with God about all I would sacrifice to save the life of my child.

Take me, God. Save the baby.

Looking at the ultrasound on the screen my doctor traced her finger along a fuzzy white line.

Here’s where I should see the heart beating.

She paused to let me make sense of what she was saying. What I don’t remember her saying, what I struggled to say for a long time, was that I had had a miscarriage. That word stumbles and snags. It’s a clinical and heartless term that describes the loss of a fetus any time before the twentieth week of pregnancy. The exact happenings of miscarriage are difficult to observe and thus remains outside the realm of accurate diagnosis or description. It is marked by questions. Frustratingly and unsatisfactorily unanswerable questions.

This just happens. For a variety of reasons, only a percentage of which might apply in your situation but that appear not to apply at all in this particular instance. So it’s difficult to say with any certainty right now. Every pregnancy is different.

It is not only the word miscarriage that wants for revision, so too do the terms we use for the being lost. The words – baby, fetus, child, biological human, unborn, person – all are heavy-laden with the burden of the culture-wars, bound tight by the vitriolic politics of women’s rights and abortion. The words cannot or will not be divorced from meanings a grieving mother doesn’t intend, from ideologies her broken heart can’t even fathom in the fog of grief. When you lose a child in utero what you need are sacred words.

To mark a miscarriage you also need sacred rituals. Having a miscarriage is like getting a badge in a troop whose existence you had consciously ignored. Miscarriage is the chapter you skip in What to Expect When You’re Expecting. The loss is silent and lonely. It’s only when you inopportunely begin to cry and social decency demands you explain your tears that the whole thing comes tumbling out. Then mouths open.

My sister had one.

My mother had two before me.

Elizabeth Gilbert wrote that “We do spiritual ceremonies as human beings in order to create a safe resting place for our most complicated feelings of joy and trauma, so that we don’t have to haul those feelings around with us forever, weighing us down.”

Japanese Zen Buddhism has both the sacred word and rituals that perhaps offer a way into healing. The mizuko kuyo is a ceremony for the family of a lost mizuko, or water baby, which is any baby lost to miscarriage, abortion, or stillbirth. Prayers are offered, words of remembrance spoken. A mizuko jizo statue representative of the Bodhisattva (or saint) responsible for protecting travelers and children is chosen, adorned, and blessed. Parents will often write the name of their child and a final message on the back of the statue before it is set in its final resting place.

The naming piece of the ritual is perhaps the most powerful. We had potential names chosen before the miscarriage, names tossed about playfully in the joyful banter of expectant parents. Inscribing them somewhere would have grounded what seemed lost in the ether afterwards. Those are names we will never use again.

I am not Buddhist, did not know of the ceremony, did not own a mizuko jizo statue. Had I known maybe I would have employed one of my garden gnomes as a stand-in, dressed him in the traditional bib and hat, poured water over his head to quench his thirst, laid toys to keep him company. Maybe my tears would have felt more directed, less lost.

I did have a necklace. Given to me by my sister when she could not find the words to say she would always help me remember, it is silver with a single misshapen charm stamped with a G, my married initial. I began wearing the necklace immediately and without ceasing, feeling its presence against my skin, rubbing it to assuage the compulsion to rub my flattening belly. Clasped around me, the necklace seemed to bind my child’s spirit to me even as daily life and a second pregnancy threatened to erase the memories.

After a miscarriage Japanese parents will often bind the mizuko jizo with rope, representing a wish offered to their lost child – that its soul would find its way home either back again to its parents or to another waiting family. The binding is not meant to be permanent. Once they feel the wish has been fulfilled, parents will return to the statue and remove the binding, freeing the Bodhisattva to attend to other lost souls.

My necklace stayed bound around me for a long time, replacing even my wedding rings as my primary jewelry. The choice, though unconscious, was fitting. My rings were given as intended promises when my husband and I were flush with hope, thoughtless to what lay before us. The necklace represents the promises of the rings tested and kept. The charm bears the initial of our marriage, a testament to the child who was lost to us both and who would have borne our shared name.

Our miscarriage happened on March 13, 2011. A year later our daughter was born, and just this summer we welcomed our son. Both pregnancies were relatively easy. Both of my children are healthy. I am never unaware of what a gift that is. Two healthy children has done much to heal my heart from the loss of my first. Like the parents who return to their mizuko jizo to remove the bands and celebrate life renewed, I removed my necklace on returning from the hospital with my first born (but second child).

At the time I thought merely having my daughter would be enough to let me move on from my grief. But truly, it was writing about the experience that brought me farthest along in my healing. To make meaning out of an experience that had felt so meaningless allowed me to determine how the loss fit into the narrative of my life. Before, the loss felt like a corner around which my story took a nasty turn. But taking the time to write, to find the words to tell you my story, means taking the time to pause and see my life with both its tragedy and beauty as precious. What a gift.

Isn’t it incredible how a ceremony from a completely different religion and culture can offer so much sense and comfort during the most senseless and uncomfortable times? I’m inspired by your explanation of these parallel ways of grieving, Lauren. While providing hope for many of my readers, you also shared an amazingly poignant rite that will possibly change the way someone is grieving right this very minute.

Thank you again for your words, Lauren.