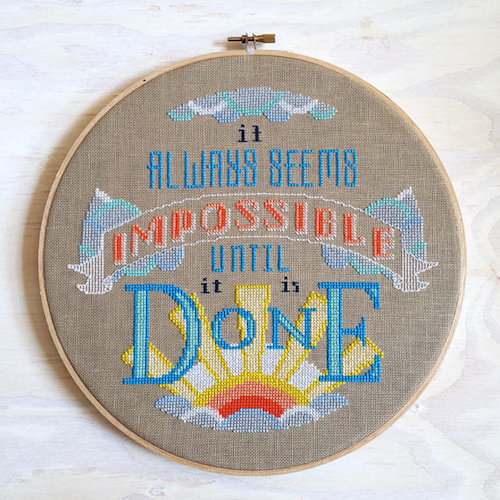 When Stephanie was scheduled for a repeat C-section, she felt conflicted and yet mostly at peace. I say mostly because there was still a part of her that was hoping for a trial of labor. It’s that hope that plays a big part in today’s birth story, which is yet another tale to file under the heading The Best Laid Plans! Isn’t that always the way with birth stories!

Ezra’s birth story actually starts three-and-a-half years before, with his sister’s. Sabrina was a surprise breech baby: head down on Thursday, my water broke Friday morning, and they told me she was breech at the hospital. And then there was a C-section.

So making the decision for Ezra’s labor and delivery wasn’t easy. I knew all the stats and risks for doing a trial of labor, C-section, and a long labor ending in a C-section. Eventually, I decided I would pick a day for a repeat C-section, and then I talked to Heavenly Father and said (more or less), “OK, here’s the day. If doing a trial of labor or VBAC (vaginal birth after cesarean) is in Your plan for me, it needs to happen before this day. If a C-section is the better option, that’s great.” I felt good about my decision, and I felt at peace, although I had to remind myself of that as I got closer to the end. And it was nice for me knowing that I had a day that I knew pregnancy was going to be over. As grateful as I was to be pregnant, it is one uncomfortable miracle — especially at the end.

A little after 37 weeks, I had a night where I contracted every two to three minutes for eight hours. We went to the hospital, notified friends, made arrangements for Sabrina…and it was a false alarm. From that point on, I felt like Dave and I were both on edge, ready and waiting for The Moment when I would go into labor.

The days ticked by, closer and closer to C-section day. I tried a few “I did this and I swear it put me in labor” ideas from friends. Walking, copious amounts of pineapple, a labor induction massage, a wiki-how article on induction foot rub — shocked that one didn’t work — but I drew the line at castor oil. I wasn’t going to do that to myself; as a past labor delivery nurse, I had seen some messy problems from castor oil. And each thing I tried…nothing, nada, and sometimes my contractions and cramps would ease off or stop!

My mom flew in on a Sunday night. Monday, the 16th, was my pre-op appointment with my OB, I went to the hospital for all the pre-admission paperwork and blood work. Tuesday morning at 9:30, we were going to meet this baby!

Here in the south, a place of usually mild winters, snow is A Big Deal. Everything shuts down, there aren’t enough snow plows to go around, and ice is a major hazard. So of course, Dave and I were not thrilled to find out that Snowpocalypse 2015 was happening the night before we were going to the hospital for the repeat C-section. We had to be at the hospital at 7:30, and our usual 20 min drive to the hospital was going to take who-knows-how-long on icy, snowy roads.

Monday night we got the last of everything ready to go to the hospital. I was feeling anxious and couldn’t sleep, so I occupied myself with Candy Crush until about 1:00 am, when I finally fell asleep. At 2:00 am I woke up feeling kind of damp. And I figured out that my water broke. By the way, what are the odds of two pregnancies ending with my water breaking first? Before labor? Unlike with Sabrina — which was a Sea World-worthy water breaking event — this was more subtle. I had to determine if I had peed myself or my water broke.

Pregnancy is so glamorous.

I was so shocked that my water broke, that I had only had slept an hour, that I was going into the hospital for a planned C-section in four hours. I just stood in the bathroom for ten minutes or so in shock. One of my best friends had texted me asking me how things were going, I told her what happened. She got me out of my shock with a “What are you waiting for? Go wake up your husband!” So I woke up Dave.

Meanwhile, a inch or so of snow was now being followed by freezing rain and snow pellets. And the weather and traffic reports promised dangerous driving conditions, warning everyone to not drive.

We gathered our things, got into our car, and started our drive to the hospital around 3:30 am. On our way to the freeway we saw a woman walking along the side of the road. I asked Dave to stop and ask her if she needed a ride, but she declined saying she was just walking two streets over. I thought, who in their right mind would be walking around in the middle of the night, in the freezing cold, along unsalted and unplowed roads? Because we had to turn another way to ask the woman if she needed a ride or help, Dave got the opportunity to use the e-brake to flip us around to get going in the right direction again. I’m glad he was comfortable driving in the snow and ice, and I’m grateful for our all-wheel-drive little Subaru.

We continued on, slowly making our way to the hospital. It took about 40 minutes. I could feel a lot of pressure with each contraction, and pain. The only plowed road was the road in front of the hospital.

Dave dropped me off at the maternity wing, and he went to go park the car while I went to the labor and delivery admissions. I already had my armband from my pre-admission visit to the hospital earlier that day. The nurse came and got me shortly after Dave joined me. She was under the impression I was going to have a C-section, but I told her I wanted to do a trial of labor. Another nurse came in and started my IV. The doctor came and checked me around 5:00 am, and told me I was dilated 1 cm more then I was earlier in the day, from a 2.5 to a 3.5, and that the baby was low. She was on board with me doing a trial of labor, and got the orders signed for me to get an epidural. The nurse asked me if I had a birth plan, and I answered, “Epidural. My birth plan is epidural.”

I was really very very much wanting an epidural. I started throwing up and dry heaving after I was put in triage, and since I hadn’t eaten anything past about 10:00 pm and hadn’t drank any water after midnight — all normal C-section prep — there wasn’t anything to throw up. Between the nausea and vomiting and the contractions, I was ready for some relief. There was no position that was comfortable. Anytime I was able to focus my breathing through a contraction, I would start dry-heaving and all my focus would go out the window. At the peak of every contraction I felt like all the bones in my hips and pelvis were on fire. On top of the vomiting and contractions, I started shaking. Looking back, I think I was dilating rather quickly at this point.

The nurse, Lorianne, moved me to a labor room, and got everything ready for the epidural. I was sitting on the edge of the bed, dry heaving and contracting. At one point the blood pressure cuff went off, and because I was vomiting it couldn’t get a reading, so it just kept getting tighter and tighter on my arm. The only thing I could communicate to Dave and the nurse was “TIGHT!! OFF!! TIGHT!!” Someone figured out what I meant and fixed it.

The anesthesiologist arrived and after a quick time-out with the nurse, got started. Thankfully he was quick. It took him two contractions and he was done. He had the personality of a door knob, but he was quick and efficient, and I really wasn’t in the mood to chat anyway.

I began to feel the slow tingle in my feet that signaled relief was on its way. Within 15 minutes I was in a much calmer place. I left my island of pain and was able to laugh at Dave’s jokes and answer questions with more then one or two syllable answers or hand signals. Around 7:00 am, the nurses changed shifts, and Amy was my new nurse.

My OB was busy, something to do with the snow storm and other OBs not making it in on time due to the road conditions. So around 8:30, Amy checked me to find I was completely dilated, baby was at a 0 station. (I think I was in transition when I got the epidural, so I probably went from 3.5 to completely dilated in around three or four hours, which explains why I was so uncomfortable). She told my OB, we all agreed that laboring down was a good idea. So for the next hour, Dave and I chatted, the baby kept looking great on the monitor, my uterus kept contracting, and occasionally I could feel some pelvic pressure. I even took a nap.

At 9:20-ish, Amy came back. We did a trial push and she started to get things ready. Dave held one leg and the nurse helped with the other leg. Dave told me he could see the baby’s head. My OB came in, was happy with how things were moving along. She got on her delivering babies outfit and boots and I pushed through two more contractions and he was here! I pushed through a total of five contractions. Ezra was born at 9:46 am; ironically, it’s probably about the same time he would have been born if we had done the scheduled C-section.

Looking down and seeing him born was such a great experience. Dave cut the cord. They put Ezra right on my chest. He was perfect and healthy. All my worries about balancing two kids, about loving and nurturing two kids, just disappeared as soon as he was in my arms.

From my water breaking to my baby being born was about 7.5 hours. Not too bad for never having labored before!

Not too bad at all, Stephanie. Thank you for sharing your experience with us. And too funny about Ezra being born just about the same time he would’ve been born if he had arrived via C-section! Serendipity! Also, I had to giggle at Stephanie’s description of pregnancy as “one long uncomfortable miracle.”