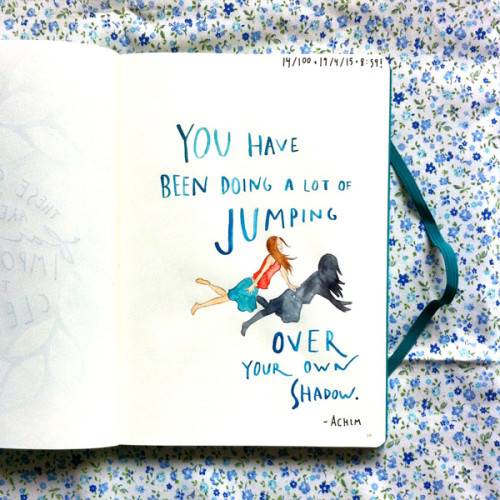 Mallory Myers didn’t really expect to be featured on my Growing A Family series. No, she simply wanted to write about her harrowing experience with panic attacks while pregnant with her daughter as a therapeutic act, perhaps to acknowledge that it happened. For herself and for you. With the writing and sharing done, she thought, she could move on. And so she has.

Not surprisingly, hers is one of those journeys I couldn’t wait to share with you. Maybe you’re experiencing the same surges of anxiety, maybe you can’t imagine how the pounding heart and gasping breaths will ever subside, and maybe you’re questioning your worth as a parent. You are not alone.

Join me in welcoming Mallory. She has a lot of lovely reassurances for us all.

When I think about writing down my journey to motherhood, I start to feel the way you do right after someone jumps out of nowhere to scare you: an instant jolt of adrenaline and the beginnings of a flop sweat. That is because I am afraid that by recalling what happened to me and recounting how I felt, I may cause the feelings to resurface. Because I suffered from perinatal anxiety and obsessive compulsive disorder, my daughter was born in the middle of the worst ten weeks of my life.

It all started about seven weeks from my due date. Up until that point, I had a thankfully uneventful pregnancy. Since it took my husband and me almost three years and several invasive and humbling medical procedures to  conceive, I thought of each pregnancy symptom as proof of its existence. I’m tired because I’m pregnant, I’m nauseous because I’m pregnant.

At 33 weeks, I was getting to the uncomfortable-all-the-time phase, but I had my eye on the prize; a few more weeks didn’t seem that long in the face of the wait we’d already experienced. My baby girl would be here soon, and I would finally be the mother I’d wanted to be for such a long time.

Then one night I couldn’t sleep, which wasn’t so out of the ordinary. But this time, whenever I laid down and closed my eyes, I felt my heart start to race and my breath start to shorten. I sat up a couple of times to try to catch my breath. Every time I went to lay back down, it started again. Suddenly, I felt a surge of anxiety and leaped out of bed. I felt like I was coming out of my skin.

Confused about what was happening, I sobbed as I told my husband that I couldn’t be still and needed to move. As we walked our neighborhood in the middle of the night, he tried to to get me to explain what I thought caused it. I didn’t know, but at that point, it felt like it could be something physical. Maybe the baby was pressing on something that made me feel breathless. We talked about other things besides the pregnancy so that I could calm down, and we went back in the house around 3:00 am. My sweet husband slept on the floor at the foot of the bed, because I was still felt too bothered to be touched. I felt hope in the morning, thankful that I had gotten through whatever that blip was.

When it happened the second time, my anxiety found a focus. I still felt all the physical symptoms, the pounding heart and gasps for air, but now they were accompanied by compulsive and consuming thoughts. It would grip onto any irrational fear that crossed my mind, and dig in, causing me to obsess about it until the next thought plagued me.

Looking back now, they all seem so trivial. But at the time, these absurd and oppressive thoughts pervaded my brain like a parasite. One thought I remember having was “What if I stop drinking water?” Another was”What if I want to start doing drugs?” (I’ve never even smoked a cigarette in my life!)

I also became highly sensitive to sounds, like the crackling sound of the air conditioning or any kind of music. The swells of anxiety became so frequent that when I wasn’t feeling that way, I would become scared of when it would happen again. Exhausted and agitated, I never had a moment of peace. I felt like my brain was betraying me.

The most damaging and disturbing effect of these panic attacks was how it made me feel about my daughter. I was all of a sudden dreading her arrival, although I desperately did not want to be pregnant anymore. I tried to convince my doctor to do my C-section when I was 36 weeks because it felt like I wouldn’t make it longer than that.

I couldn’t believe I was now terrified of getting something I’d wanted for so long.

I was so desperate and caught off guard by these symptoms that pride went out the window. When you are drowning, you no longer care what you look like in a bathing suit.

I was very open with what I was feeling because it was difficult to hide as the panic attacks would overcome me at any time of the day, and because I was open to all advice on how to get through it. If I thought it would lessen the frequency and severity of the attacks, I was willing to try it.

I sought help from my doctors and then from a therapist. My life went through a major, self-imposed makeover. I have never been so disciplined in my life. Since movement seemed to help calm me down, every morning I was up by 6:00 am walking my neighborhood for an hour. I would also walk the track in the gym at my work over and over again every day at lunch. I’d listen to podcasts (The Longest Shortest Time is a great podcast for mamas!) and look at my big belly in the mirror as I turned each corner.

I also had a long list of mantras I would repeat to myself throughout the day, including  “Thoughts do not predict the future” and “Worrying alone does not fix problems.” On my drive home from work, I would talk out loud to my daughter, trying to connect with her again. I found a coloring book (suggested by Design Mom, actually) for a lulling nightly activity. I added lots of comedies to my Netflix queue, and reread Mindy Kaling, Jim Gaffigan, and Tina Fey’s books.

My husband, who I’ve never loved more than during this time in my life, would give me daily pep talks, ending each with a hoo-rah, which he would make me enthusiastically echo. My mom would sometimes come spend the night when my firefighter husband was at work so I wouldn’t have to be alone.

Most importantly, each night before bed, I would write a list of gratitude. I would search for moments of the day to be thankful for, no matter how small or fleeting. I made myself write five things, even if thinking of those five things took a long time. I would email them to myself so I could read over them again first thing in the morning. Writing this list right before laying down felt like a kind of protection.

I wish I could say that when my beautiful daughter Lucy was born all the panic and irrational thoughts disappeared, but I ended up back in my doctor’s office, five days after her birth, pleading for medication for panic attacks. My doctor gently comforted me and offered me a low dose of an antidepressant also known to be effective with anxiety. I still spent many months feeling fragile, but that vulnerability slowly morphed into a renewed sense of self, more sensitive, but also confident in my identity as a mom.

I still sometimes have harmful thoughts, but they don’t have the power over me they once had. They float over and away from me now, instead of pulling me under.

Lucy just turned one. I’m happy and relieved to report she is the love of my life. All of my best moments now include her. I’ve been so inspired and energized by motherhood, I’ve even started a small painting business called MamaLove Art where I paint custom portraits of moms and their children.

When I get my daughter up in the mornings and she greets me clapping with a big grin, it is hard to reconcile that I once was so scared I would intentionally let go of her stroller while we walked down the street and that I would only let my husband push her. I know how horrifying that sounds. That is why I am sharing this story.

Because before this happened to me, I did not realize depression, anxiety, and related disorders happened to women while they were pregnant. Of course I’d heard of postpartum depression, but I had no idea that one in seven women suffers from a perinatal mood or anxiety disorder, some of which can start before delivery. I was totally unprepared. I don’t know what would have happened to me if my doctors hadn’t taken me seriously, or if I hadn’t had the amazing support system I did, or if I felt I like I needed to suffer in silence. And I know, after reading so much about this, that my circumstances were relatively mild. It’s just that we don’t talk that openly about it.

In sharing my story, I want to be a part of removing the stigma, and encourage others to share their experiences of pregnancy, motherhood, and mental health. Shame doesn’t need to be a part of it.

Here’s where I misted up: “When you are drowning, you no longer care what you look like in a bathing suit.” Gosh, doesn’t that simple thought put everything in perspective?

(Also. In case you’re wondering about Elena Skoreyko Wagner’s quote at the beginning of the post, it’s a German expression that’s used when someone is doing something that is difficult. I love it, don’t you?)