Growing A Family: Angels Among Us 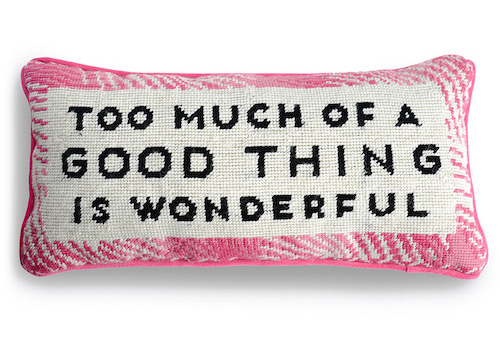 Don’t we all love a story when an angel appears? A complete stranger, never seen before or since, who somehow saves the day or something much bigger. I know we’ve all experienced this marvel before, whether it was a tiny moment you forget about most days or a major half-minute that changed your life forever.

This is one of those wonderful stories, and I’m sure glad Angela — and Cassidy — are both here to tell it! Welcome, Angela!

It was a Friday, not only a full moon, but a Blue Moon which I learned was the second full moon in a month. I was scheduled to have a C-section at my local hospital in little Rockport, Maine, which we were told normally had one, maybe two women give birth a night. Three was unbelievably unusual. That day, there were five of us.

I was AMA (Advanced Maternal Age) which afforded me the privilege of going to the big city of Portland to have all of my ultrasound scans. Each time they brought me into a room that looked like the bridge of the Starship Enterprise, where they would take dozens of pictures of my tiny little girl (who we would name Cassidy), and tell me each time how everything looked perfect, no concerns. I’d always smile and exhale a deep breath of gratitude.

The day she was born was the day I stopped having faith that miracles happened and angels walked this earth. I knew. We had not chosen a pediatrician because we wanted our family doctor there. He could not be there to attend, so we told the hospital whoever they had on call was fine. Deep down I wondered who we’d get, given that Cassidy was born the week between Christmas and New Year’s, and who works that week on purpose? We later realized, an angel.

When Cassidy was born she was screaming, like most babies. In the background I heard someone mention trouble breathing and I steeled myself against those words knowing full well that this sometimes can happen. However, when this unnamed pediatrician brought her to me, I could see my baby was struggling. She was making a knocking noise whenever she tried to breathe, then she would scream.

“You can kiss her,” the pediatrician told me, which I did.

I then looked at her and said, “Let’s make sure she’s okay.” As they began to close on me, I turned my head to watch the pediatrician, my baby, and husband leave the room, and I saw the doctor put her thumb on Cassidy’s tiny chin, and pull it down to open her mouth. I didn’t realize that at that moment she was performing a miracle, saving her life.

Cassidy was born with a birth defect called Bilateral Choanal Atresia. Basically, the nose holes we have in our nasal cavities allowing us to breathe never formed in her. We found out that day that babies are nose-breathers until around three months old, so this was extremely serious. Even more, not every child is accurately diagnosed with this birth defect as it is extremely rare. That this unknown pediatrician was able to pinpoint it so accurately immediately was, again, such a miracle. Cassidy was taken to NICU at the Barbara Bush Children’s Hospital in Portland by ambulance three hours after she was born. She underwent her first surgery at three days old, and at this time breathed through her nose for the very first time.

However, like most Choanal Atresia babies, this “fix” would not last. Like pierced ears, the body has a tendency to close up circular holes, and two weeks later she began to struggle to breathe. I found myself calling 911 in a panic (and hanging up on them in my panic — yes, thankfully they do call you back!) as my husband put in her oral airway. She went to our local hospital, and then back to Barbara Bush where she was evaluated and underwent surgery number two.

When she came back home we monitored her constantly, taking her to specialists and our local angel for routine visits. We walked on eggshells the entire time wondering what her medical care might have cost her cognitively, what complications may already be present in her that were too early to identify, and always the fear of what would happen if her airway was cut off again. At approximately ten weeks old, we were given the news that one side of her nose had entirely closed again.

This time, I was angry. I’d had enough. I called the specialist’s office and told them we were doing something differently as I was not going to wait for this to be an emergency situation again! As a mother, watching your child constantly battle her own body is unfathomable, but watching this tiny creature fight for life with a strength I’m sure I wouldn’t have if I were in that situation is absolutely astounding.

After some consultation with her specialist, and some changes made, I’m happy to report that surgery number three at ten weeks old was her last and final surgery. New techniques were used, and our brilliant Ear, Nose and Throat specialist was able to keep her airway open. She has been given a clean bill of health, and grown into an exceptional toddler with an unmatchable will, a mind of her own, and a determination that I’m sure sustained her through her early life challenges.

When I became a mother, I was told of the times I would look back with pride at my children’s accomplishments. Nobody told me that fighting to live would be one of them. And nobody told me that secretly I’d hope to grow and become someone with even a fraction of little Cassidy’s grace and fortitude!

A friend once told me about a delivery scare where her heart rate increased while the baby’s dropped…or maybe it was the other way around. They prepared her for an emergency C-section just in case, and the delivery room went silent as everyone watched the monitors. One doctor she had never seen before walked in and, without saying a word, repositioned her ever so slightly. Heart rates normalized, and the room returned to normal, too.

Before the doctor left, he smiled at my friend and her husband and said, “That’s exactly how it’s going to feel the first time she falls out of a tree.” And that was that. They never saw him again.

Like I said, I love stories like this. If you’ve got one, I’ll read it! A huge thank you to Angela for sharing hers so eloquently!