Growing A Family: A Sister For Olive 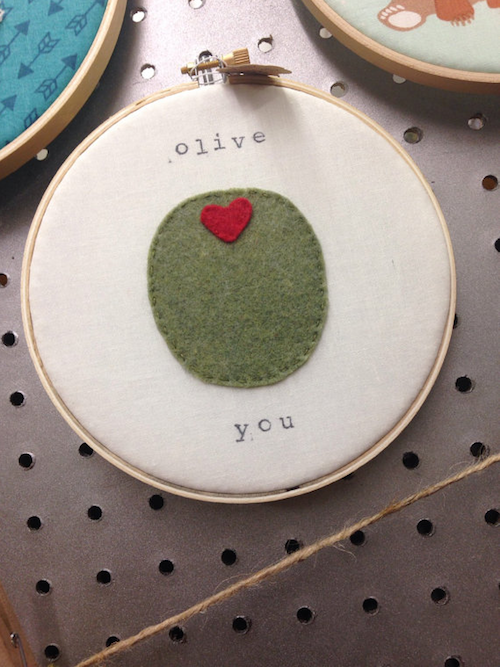 Robyn contacted me mostly about sharing her birth story with all of us, but she also told me my favorite story of the week. In part, she wrote, “I grew up on an olive farm and I always liked the name but I wasn’t confident about it because I didn’t actually know anyone named Olive. After discovering your blog with your beautiful (and beautifully named) children, I decided I’d name a daughter Olive — and I did.” How lovely is that?! Very.

This story is about the birth of Robyn’s second child — Olive’s sister — who has an equally meaningful name, by the way. Robyn just didn’t know it at first! I’ll let her tell you the story. Welcome, Robyn!

My partner and I always knew we wanted at least two kids, although it came as a surprise when I found I was pregnant again only 15 months after giving birth to our first daughter. It was an awful winter of sickness and flu combined with morning sickness. I was expecting the morning sickness; I was sick with my first baby, Olive, until 19 weeks. This time the morning sickness stuck around until 23 weeks. If you’d asked me how this pregnancy compared to my first, I would have said they were nearly identical. That is, until midway through my second trimester.

We opted for the sequential screening which tests for Down’s Syndrome among other chromosomal abnormalities. It was all very routine with a 12 week ultrasound and two blood draws.

At 17 weeks, I received a voicemail from my OB. She sounded concerned so I immediately called her back. She explained that the blood work from the sequential screen came back showing elevated levels of alpha-fetoprotein. Elevated AFP means a higher likelihood of spina bifida. I asked her how high my levels were. She answered it was more than ten times the level at which they make this phone call. According to my AFP levels, I had a 1:5 chance of having a baby born with spina bifida. Within two hours I was sitting in the waiting room at the radiologist’s office about to find out just how much this baby was going to change our lives.

The ultrasound tech asked some routine questions about why we were there. When we told her about the elevated AFP, I could see her demeanor change. She didn’t want to be the one to deliver shocking news. Five minutes into the ultrasound, she said, “I’m not seeing anything. So far everything looks really good.” She was so calm and reassuring. She redid the scan of the spine slowly, explaining how it should look like you’re fanning a deck of cards, one spine perfectly after the next. She still didn’t see anything unusual with the baby. She moved on to my placenta and immediately noted its thickness and abnormal shape. The radiologist came in and redid a few of the scans. Her conclusion was that when you can’t attribute AFP to the baby, you have to attribute it to the mother. The fact that I had this abnormal placenta was further proof that I was the cause of the elevated AFP. This would be the first of ten ultrasounds with about as many ultrasound techs.

Much later we would comment how incredibly lucky we were to have been assigned the ultrasound tech we had at that first appointment. We never saw her again but she was absolutely the perfect person for the job that day.

Every two to three weeks we were in for another ultrasound, each time explaining that we did not want to know the sex of our baby. I thought for sure someone was going to slip up and ruin it for us! After every ultrasound, it felt like acing a final exam. The radiologist would come in and say something light like, “You sure make interesting placentas!” or “You’re getting away with this! Baby’s growth is right where it should be.” It almost felt routine and unnecessary after a while.

But we knew that the likelihood of complications with my placenta increased significantly near the end of the pregnancy. The elevated AFP combined with the thickened placenta put me at risk for previa, hypertension and, most seriously, another placental abruption. Our first baby, Olive, came early at 37 weeks due to a placental abruption completely out of the blue and with no warning signs. This time I had all of the markers for another abruption. We were on pins and needles.

Starting at 30 weeks, I was going in for non-stress tests twice a week. Every test looked great. “Your baby looks beautiful!” and “Are you feeling those contractions?” were the two things I heard most often. The weeks were slowly passing and we started thinking more about how this pregnancy would end. Recent medical research showed that the risk of prematurity outweighed nearly every other risk such that my OB did not want to induce me before 37 weeks but didn’t want to let me go past 39 weeks.

Although I was considered high risk, everything with the baby looked great. The problem with science is that it can only tell you what it tells you, assuming a study has even been done; it isn’t predictive. I didn’t have hypertension. I didn’t have previa. And an abruption just happens, often without warning signs, and cannot be prevented. I kept hoping we would get a sign to tell us what the right thing was.

At 37 weeks, we went in for our final ultrasound and we got the sign I had been wishing for, albeit a scary one. Our baby’s growth had dropped from the 50th percentile to the 8th percentile and the size of the abdomen was unchanged since the ultrasound three weeks prior. We went from the radiologist’s office to the OB’s office. I had a non-stress test and then she had a chance to read the preliminary ultrasound report. She recommended I go straight to the hospital to be induced. I explained we needed to find care for Olive. She agreed we could wait for a day or two but she was pretty adamant that we not go longer than that. She kept stressing the need to take the placenta out of the picture; it had stopped doing its job.

It was only a matter of time before we hoped to meet our baby!

Two mornings later at the hospital, we discussed the possibility of my OB breaking my water instead of starting me on Pitocin right away. She wasn’t opposed to the idea but she wanted to check how dilated I was first. During the exam, I had a contraction and she quickly asked “Can I break your water? Now is the time, the baby’s head will drop.” I was 3 cm dilated and she was going to give me two hours to start having contractions. We started walking the hospital halls. Nothing happened. We came back to the room several times for monitoring before heading back out to walk some more. Four hours later and still no contractions. I agreed to start Pitocin.

I was WAY more ready for the pain than I was with my first. I was in the zone, staying ahead of the contractions. My OB came in and was surprised to find me in such a different state less than two hours later. My nurse asked whether I wanted the epidural and I confidently told her I’d let her know when I was ready and I wasn’t ready yet. Ha. Only a few minutes and two insane contractions later, I asked for the epidural.

The anesthesiologist arrived a little while later and started giving me the speech about how the epidural isn’t meant to take away all pain, sometimes it doesn’t work, sometimes it only works on one side of the body, etc. Whatever lady, make it work and fast! Twenty minutes later and I was still feeling the contractions. The best I can describe it is that I gained just a little distance from the pain but otherwise felt everything still. This was not like the epidural I had with my first; I would have married that anesthesiologist!

At some point I got really cold. And then the shaking started. I remembered that shaking was a sign that you were entering the transition stage. The OB was in the room and was telling me that it was time and I was 100% effaced and fully dilated. They called for the extra set of hands and I started pushing. I felt everything! This epidural was crap!

I was caught by surprise when I heard something along the lines of “Bring apple juice.” What? Why?

I looked over at my partner who was sitting next to me, and he looked pale and was sweating profusely. Also, he was wearing an oxygen mask! It was happening again! Despite our best efforts to keep him hydrated and well fed, he was about to lose consciousness during the birth of our second baby…just like with our first!

I pushed for another few minutes, and then at 3:28 pm our baby was on my chest and screaming! My partner took off the oxygen mask so that he could see better and announced that we had another daughter. It was what we had predicted and, second to having a healthy baby, what we had wanted: a sister for Olive.

She was born just two hours after feeling those first painful contractions. While my partner lay on the floor, drinking apple juice, my OB cut the cord. I knew right away this baby was similar in size to Olive but definitely smaller: five pounds, nine ounces, 18 inches. My OB laughed that in my whole life, I only had to push for maybe 30 minutes.

When I delivered the placenta, I asked to see it before it got sent to pathology. It was lumpy and had large calcification spots. The OB explained what a healthy placenta should look like. She mentioned that the cord was thin, tenuous, and poorly attached to the placenta. This baby was much better off outside my belly! And my days of birthing babies are likely done.

We named her Etta because it was a name we loved. We kept hoping for a personal connection to the name. That was the only thing lacking. As it turns out, the personal connection was there all along; I just needed to ask! My paternal grandma’s grandma was named Etta. Henrietta actually, but they called her Etta. I didn’t have a good idea of who this baby in my belly was but now that I’ve met her, it was definitely Etta all along! Sweet Etta. Olive and Etta, our girls!

Robyn, I have to tell you I giggled at the “Bring apple juice” part. And then this: “While my partner lay on the floor, drinking apple juice…” I wonder how many of us have stories about a partner losing his or her business while the other one is working to deliver a tiny new person! Too funny. Thank you for sharing your experience with us, Robyn, and sending a pat on the back to your partner!