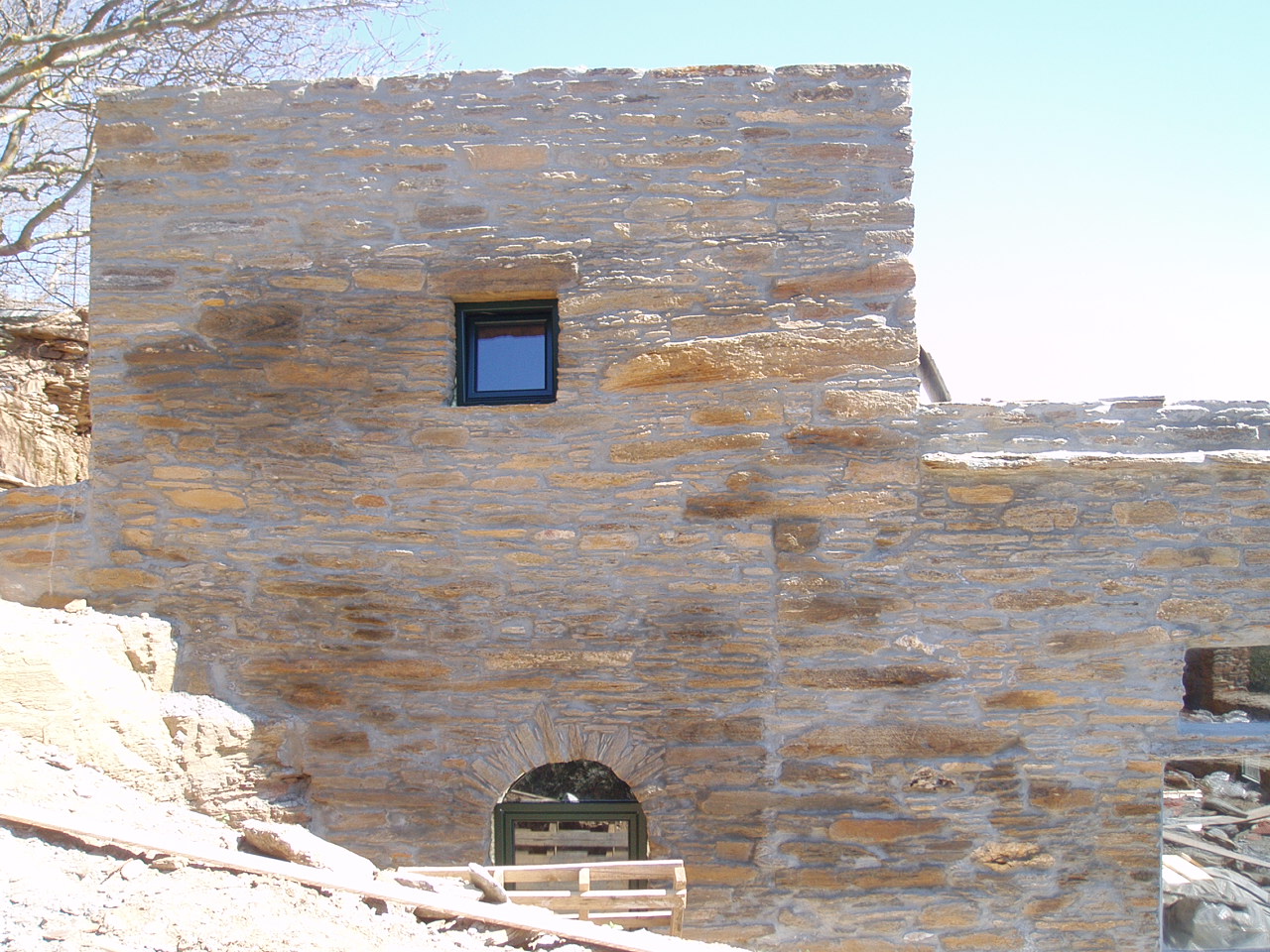 Hello Friends! How was your weekend? Productive? Relaxed? Both?

I woke up this morning thinking about our friends, Dimitrios and Jack. They are building a summer home in Greece and I am glued to the process like it’s reality TV.

It’s on an island called Andros, in the Cyclades — two hours by ferry from the port of Rafina. They spotted the property in 2001, but the owner wasn’t ready to sell. They came back in 2007 and lo and behold it was ready and waiting for them. Last year (2009), they started building.

There was already a 200 year old ruin in the property and the architect has pretty much followed its floorplan. He also used the original stone (from the parts of the ruin he had to demolish because they were structurally unsafe), which looks amazing. The whole project just seems dreamy to me. And I love this: the house is on the outskirts of a village called “Gides” (translation, Goats), population in wintertime = 10. 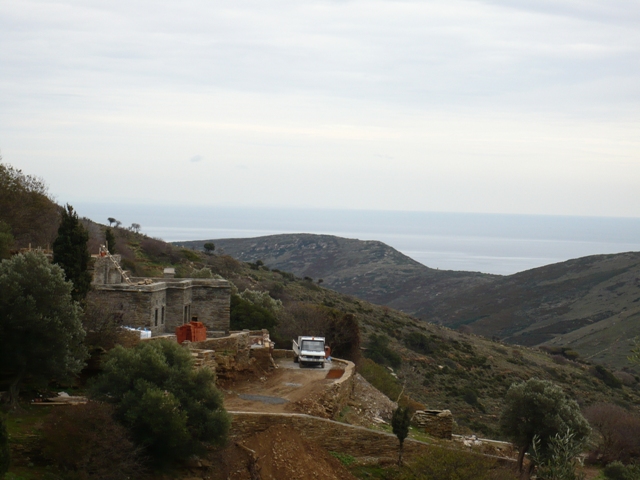 Can you believe those views? Ben Blair and I already have dibs on the guest room.

Would you ever be up for a project of this size? It reminds me of Stephmodo’s La Maisonette restoration — you too? If you could build/buy a summer home or vacation home or home-away-from-home, where would it be? 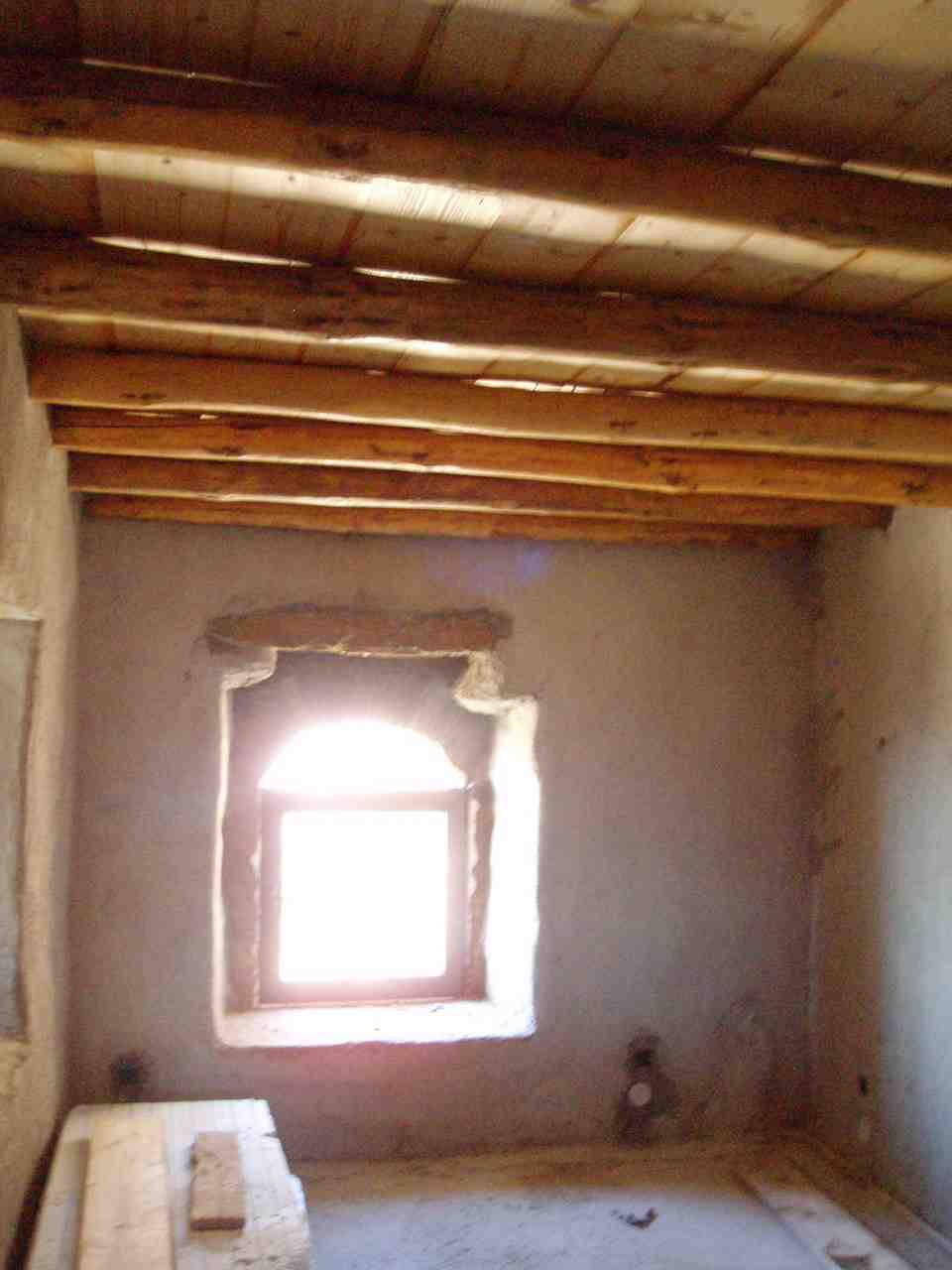 P.S. – When I lived in Athens and worked at Ogilvy & Mather, Dimitrios was the copywriter/supervisor I worked with. Then, he moved to New York just before we did and was super helpful in getting me job connections and finding us a place to live there. Now he’s the Regional Creative Director at Saatchi & Saatchi in London. Isn’t it nice to have a cosmopolitan, globe-trotting friend to live vicariously through? Also, I think he might be my fairy godmother. Dimitrios and Jack don’t have a blog (bummer!), but I’ve begged them to keep sharing photos of the project with me.