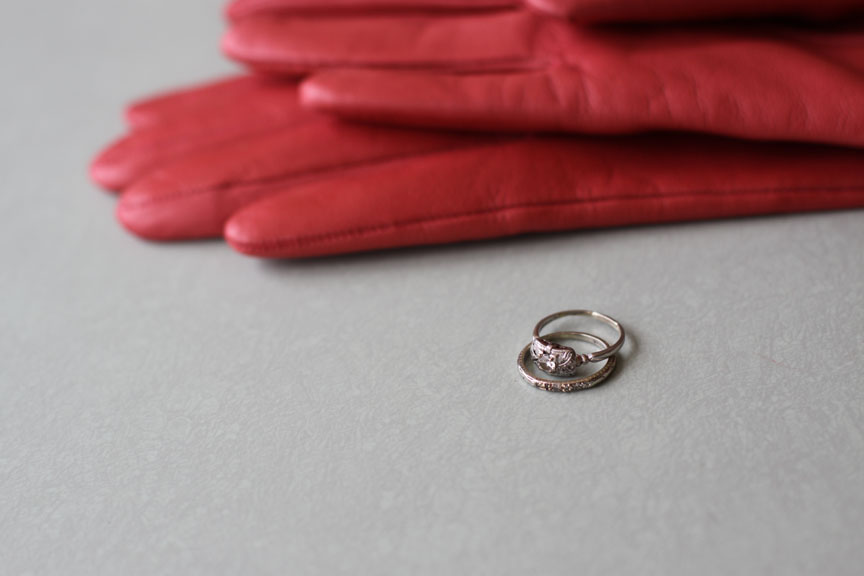 Ben Blair took the big kids to a movie (Bedtime Stories) and the little ones are asleep. Which means I have a quiet house all to myself (lovely) and I’m using the momentary silence to reflect on the life of my Grandma Daisy. She passed away a couple of days ago — on December 23rd. Technically, it was kidney failure. But mostly, it was old age.

Grandma Daisy was a wonderful woman. Tall. Regal. In my memories she’s always wearing purple with long strands of gorgeous grey pearls. And glasses on a chain. Incredibly hard-working — she retired when she was 89. Italian. My family grew up eating her version of focaccia — we call it figasa and it’s a staple in our family recipes.

Daisy had an unsentimental streak a mile wide. An example: she was insistent that no burial or funeral services be held on her behalf. Which means her children and grand-children are having to figure how and when to mourn her on their own terms. As you can imagine, there have been lots of emails and phonecalls and stories exchanged over the last couple of weeks.

A second example. When I found myself nearly engaged and pondering what I wanted my wedding ring to look like, I called Grandma and asked if I could please have a piece of jade from her rock collection, with the idea that I would take it to a jewelry designer and have something wonderful made. Both Grandpa Ralph and Grandma Daisy had collected and polished rocks as a hobby, and I knew she had some beautiful pieces of unpolished jade sitting in their workshop.

Daisy did send her prettiest piece of apple jade. And a gorgeous oval jade ring set in silver that she designed and made herself. Also. She sent her wedding ring. Because (remember that unsentimental streak) Grandpa Ralph had died a couple of years earlier and “the ring wasn’t doing her any good anymore.”

The ring is a small diamond (I have zero knowledge about carats or cuts or clarity or things like that — I never actually went shopping for a wedding ring and still know nothing about them) set in platinum with delicate cutwork in the metal. I loved it instantly and all plans for jade rings immediately went out the window as I adopted Daisy’s wedding ring as my own. I couldn’t believe how lucky I was.

My father died almost a dozen years ago. So I’m not mourning for his loss right now. But I am mourning for my uncle Mark’s loss. His father died. His brother died — his only sibling. And now his mother. I remember the feeling of orphan-ness I felt at my father’s death. And was completely surprised by. Because I was 22 and thought the whole orphan-concept should no longer apply. I’m betting Uncle Mark is feeling pretty orphaned right now. Even though he’s been more caretaker, less child, for many years.

The thing I keep thinking about the most, is how hard it must have been to be Grandma Daisy, raising a stepchild during the 40’s and 50’s — when there were no books or support groups to offer advice. And when nobody really even talked about such things. The basic story: Grandpa Ralph and Grandma Rudi married young, had my father and divorced shortly afterward. Grandpa Ralph took custody of my father and then married Daisy and had another son, my uncle Mark. My father was raised by Daisy and Ralph with his brother Mark. But my father would spend the summers with his birth mother, Grandma Rudi — who lived a couple of towns away and also went on to re-marry and have more children.

Seriously, I can’t imagine how awkward and painful that whole situation must have been. For my father, for sure. But also for Daisy — the new wife and step-mother — in particular. I’m so grateful to her for doing her best to do right by my father, even though it was hard. He grew to be a hard-working, capable man who raised 8 hardworking, capable children. So, yay for Daisy!

I still have that pretty piece of apple jade. Sometimes, I think I’m almost as unsentimental as Grandma Daisy, but maybe the time has come to make something lovely from it.

You can read Daisy’s obituary here.